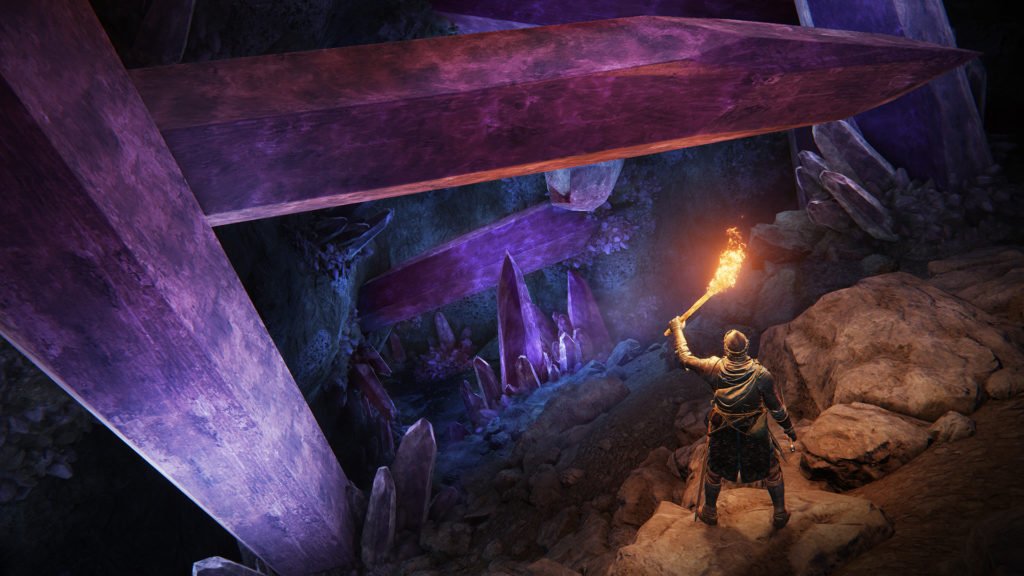 If players don't want to go into the harsh Legacy Dungeons yet, there are plenty of detours in Elden Ring's Lands Between. While caves are small and dark, they include a variety of interesting adversaries, objects, and even shortcuts for players. Many of them can be found throughout the Lands Between, but a handful stand out due to their unique mechanics and specific role in the game universe.

Some connect seemingly unrelated places, while others serve as staging grounds for some noteworthy side missions. Caves, together with catacombs and ruins, make up the majority of Elden Ring's exploring chances, and it's easy to become overwhelmed by the sheer amount of them. So make careful to choose these because they provide more than just a dingy spelunking experience.

Are you looking to try out some catacombs? Here are the 10 best catacombs in Elden Ring.

Two characters make references to Coastal Cave. It's a quest location where players can help Boc the Seamster progress toward becoming a royal seamster. The entire place is crawling with mangy Demi-Humans, and the final fight is of dubious quality, but the best part is that it isn't a dead end.

Players will be pleasantly surprised to learn that the cave will carry on until they find an escape after the boss encounter. The entire boss area is subsequently shown to be an underwater tunnel that leads to the Dragon Communion Church's island. It establishes a pattern for how surprises can be hidden in tunnels or catacombs in this game, encouraging player exploration.

Caelid, unsurprisingly, has its own set of surprises, and they aren't limited to the surface rabies. Apart from the obvious major road, it has its own unique way of linking to Limgrave. That would be via Gael Tunnel, a tunnel or mine with a locked door that leads to Limgrave's eastern section.

The tunnel is large and winding, almost maze-like in appearance. The area's last boss is a little Magma Wyrm, but it drops the prized Moonveil katana, making this a popular site for magical builds. After the boss fight, there is a door that leads to Limgrave.

Crystal Cave on the Lake is more than meets the eye. It appears to be just like any other cave, except that it is tied to a tragic story. It's most likely Giden Ofnir's makeshift prison, where he'll keep Latenna bound until she reveals the whereabouts of the other half of the Haligtree Medallion, which she'll hopefully do.

There's also the fact that Lakeside Crystal Cave leads to an outlying area, making it yet another cave without a dead end and one with a narrative reward. The only issue is that it's tough to locate, since Gideon appears to intentionally mislead the players by claiming it's west of a certain spot when it's actually closer to the southwest.

In Elden Ring, caves leading to special locations are one of the best ways to make players believe they've accomplished anything just for the sake of curiosity. This mechanic continues up to the Altus Plateau, where players can access a Divine Tower via exploring the Sealed Tunnel just outside Leyndell's main defences.

Few could have predicted the significance of such a location, but the Sealed Tunnel's function becomes clear quickly when players discover how much larger and more complicated it is than most other caves. The Erdtree's reach is represented by themed roots in the area. It's also a site where players will want to return because they've likely missed out on a lot while hurrying to reach the Divine Tower.

A cave is notoriously disguised by a slight cliff wall due northeast of Caelid, past the settlement of Sellia. Many players would not have considered attacking the cliff face, thereby missing Sellia Hideaway, a large and valuable cave. It's all part of Sellen's quest to track down Master Lusat, a powerful outlawed sorerer in Elden Ring.

Lusat has been imprisoned for his blasphemous and hazardous star sorcery. The Sellia Hideaway is his jail, and the guards are harsh. In a gloomy and wet area near the cave's bottom, there's even a Revenant. It's difficult to even find Lusat himself, so the players will be familiar with the area, whether they like it or not.
Click to expand...

News Elden Ring: Why Are My Character's Eyes Yellow or Red?