10 Tips to Score a Victory Royale in Fortnite 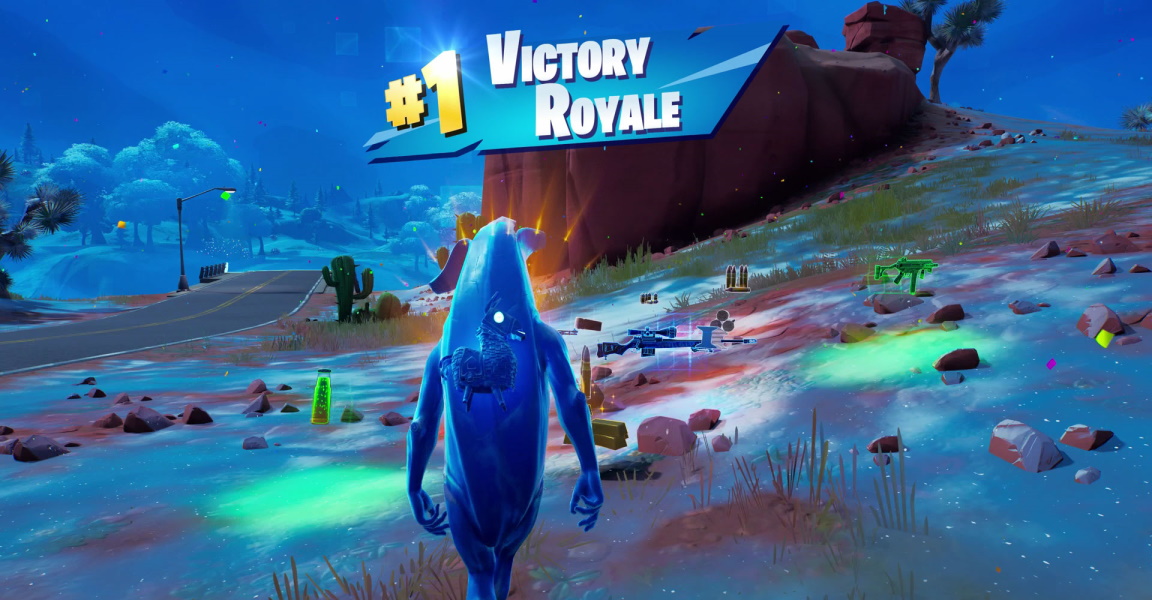 Although the battlefield is continuously developing and new features are often introduced, the basic gameplay of Fortnite largely remains unaltered, so having a decent collection of Fortnite tips on hand can greatly enhance your chances of winning the battle royale. Whether you're keeping under cover, disguising your tracks, or using sound to your advantage, you'll need a firm foundation of the essentials to start with, both to get your bearings and to expand on in the future. We've made it easier for you with our Fortnite tips, so if you follow our advice, you can combine it with match experience to improve your skills.

This battle royale has been going strong since 2017, so it may seem frightening for newbie players to step in and take on the veterans at this point, but that doesn't have to be the case. The game is still totally accessible to newer players with the appropriate attitude, so if you learn how to play Fortnite and use our Fortnite tips, you'll be giving yourself the greatest chance to survive and, most importantly, have fun as you work your way towards a Victory Royale.

There are a number of variables you may adjust before you begin matching to make things simpler for yourself. Set Sprint Cancels Reloading to On so you can take evasive action faster, Auto Sort Consumables To Right to aid with inventory management, and Turbo Building to On so you can swiftly build buildings without pressing buttons repeatedly. Set Controller Auto-Run to On under 'Controller Options' so you may double-click the left stick to keep going ahead while doing other things like examining the map. Finally, change your Build Controls to the Builder Pro setting under 'Wireless Controller,' since this will allow you to choose different building elements and create them on the fly.

On the map, there are a lot of Named Locations, and while these spots provide the greatest treasure, they're also where the bulk of people will go first. If you don't want to get into a fight right away, choose a landing site that's a good distance from the combat bus route and not too densely populated. When gliding, keep an eye out for other players headed for the same region, and be ready to modify your destination if you see them. Keep in mind that your glider will automatically open after you reach a specific height above ground, so aim for the lowest point to prevent soaring too soon.

Weapons are the most critical goods you'll obtain, since you won't be able to deal much damage and beat the opponents standing in your way of a Victory Royale if you don't have them. To rapidly identify the rarity of an item, it is colour coded as follows:
Rarer weapons do more damage, so if you come across the identical weapon in a rarer colour, it's always worth swapping. When constructing your armament during a match, make sure you have at least a distant weapon, such as an assault rifle or sniper rifle, a close quarters weapon, such as an SMG or shotgun, and ideally something explosive, so you're prepared to take on any adversaries you come across.

You should never rush straight across open regions unless absolutely necessary, as this is the quickest method for an opponent to detect you and either start fire on you or follow you and create a trap while you're unaware. To keep as much shelter as possible, hug the outside of buildings or walk through trees. Crouching within small bushes may hide your appearance from all but the most eagle-eyed of opponents searching in your direction, and hiding inside huge bushes allows you to stay concealed while still being able to glance about for hazards.

If you spot an adversary, you don't have to rush to engage in fight with them right away. Taking pot shots from afar will just draw their attention to your location, so unless you're a fantastic ranged weapon shooter, you should aim to get near to them before striking, preferably from behind to catch them off guard. If you spot other players battling, let them tyre each other down so you may move in and strike the other before they have a chance to recover and renew their shields.

6. Learn The Fundamentals Of Building​

To win matches, you don't need to be able to build massive towers or double-walled fortresses in a flash, but being able to rapidly set up a basic defensive posture will undoubtedly come in handy. Three U-shaped walls with a ramp in the middle will shield you from attacks from the front and sides while also enabling you to look over the top and return fire if you can see where your opponent is.

Open doors are a definite method to know that another player has gone through an area and may still be nearby, so make sure you lock any doors behind you to avoid giving away your position. If you're intending on camping in a particular place, it's a good idea to demolish any adjacent structures before concealing so that adversaries arriving later aren't alarmed. It's also important postponing giving the last blow while collecting wood from large trees, as opponents may notice the trees vanishing from afar and begin paying attention to your operations.

8. Reduce The Amount Of Noise​

Unless you're running between places, you should crouch as much as possible when moving to reduce noise, which is especially important when entering a new area because you don't know whether any opponents are already waiting for you. Avoid unnecessarily using your harvesting tool or firing a weapon, as this is an easy way to reveal your location to anyone nearby. This is especially crucial to remember when using vehicles, as they are quite noisy and will immediately notify any surrounding players to your approach, despite the fact that they allow you move about rapidly.

Sound is extremely crucial, as we've just discussed, but you can utilise this to your benefit. You can distinguish the direction gunfire or footsteps are coming from by playing with a quality headset or pair of headphones, allowing you to react more swiftly and predict where the next threat is. If you don't want to utilise a headset, you can still benefit from the Visualize Sound Effects feature by heading to the 'Audio' options menu and selecting it. This displays a visible radial indication on your screen for the most significant noises, allowing you to quickly determine where they're coming from and take appropriate action.

If you lose sight of the Storm in Fortnite, it may be just as deadly to you as it is to other players, so keep an eye on where the next circle will appear. The Storm begins slowly, but as each stage passes, it accelerates and the distance between phases narrows, so keep an eye on the timer and plan your next actions to stay up. If you're close to the edge, you can profit from the Storm by keeping it behind you, since foes are unlikely to emerge from it and attack you unexpectedly. Just don't leave yourself too far to travel when it starts contracting, or you'll get stuck inside it.

The game isn't necessarily accessible by adding extra players, but it is more exciting by adding them. It is surprising how different solo play and group play are. If you hunt down enemies in groups, staying hidden is much harder, but it offers unique tactical possibilities.
It makes the game feel more alive to have some friends on the battlefield, whether you're playing with friends or strangers. This is the perfect solution to keep the fun going if you feel that games aren't action-packed enough.

Thanks for the tips Alex. One thing I wanted to add is to maintain a good visual of the surrounding area as much as possible. My take is to always try to travel on high ground so I can see everything around me.

7 day ban
Are you a big fan of Japan and the Naruto universe? Stay tuned for a competition being organized as part of Fortnite x Naruto Shippuden: Raise Your Flag Invitational content creator tournament!
Starting June 24, 2022, four Japan-themed maps (built by Vysena) will become an arena where duos of content creators grouped by region will compete! The four duos will compete with others in their regional qualifiers, then one duo per region will be chosen for a chance to be part of the final event! The Grand Finals will happen on July 1, 2022, and this time creators will compete on four Naruto-themed maps! Who are the creators representing your region?

I can’t wait for the Fortnite x Naruto Shippuden: Raise Your Flag Invitational content creator tournament! Sounds so fun!
You must log in or register to reply here.