PUBG has added bots and players hate it

After several matches, I have only encountered TWO fucking real players. You can tell players are bots because they have an Underscore "_" in their name. We drove around for 20 minutes and never found anyone....you wanna know why? BECAUSE ALMOST 90 OF THE 100 PLAYERS WERE BOTS AND THEY SPAWN IN, THEY ARE NOT THERE FROM THE BEGINNING. This means the server has 10 people in it for the first 5 minutes until bots start slowly spawning around players. We found NO ONE so we Just stood on a building in the middle of the open from start till the game ended, I killed 9, my friend killed 15 and then the match was over. We never went for cover, we drove around for 20 minutes and never found anyone. Bots literally Spawn In but still count as part of the 100 players. This is BY DESIGN. Pubg wants new players to not get killed in the beginning, so hot drops DO NOT EXIST ANYMORE there aren't enough people for them to be hot anywhere on the map. We watched the kill-feed from start to finish, we only ever saw 3 real player names without an Underscore. 2 of them we killed, the last died to zone. This game is trash now. There is ZERO TENSION, WE STOOD ON FUCKING CASINO IN THE MIDDLE OF PECADO FROM START TO FINISH, GOT 25 KILLS AND WERE NEVER ONCE IN DANGER. This game is not only fucking dead, it's not even fun. Bots are stupid as shit and move in straight lines or stand perfectly still, they are no fun to kill and no fun to fight and you don't care at all about engaging them. 25kills in first duo game with our fucking eyes closed, what a joke. Bots are designed to be good if they see you, but don't move well enough so you can kill them extremely easily if they fight anyone else. Bots are specifically DESIGNED so that they engage players and other players 3rd party either the bot or the people fighting the bot for easy kills. It's not even about learning to play the game or fight people directly. This is the single most bullshit thing any company has ever done to a game Post-Launch.
Click to expand...

This game is Officially Dead and entirely ruined. There are over 70 bots in the lobbies I've played in. There is zero tension, it's boring as all shit. I have played this game more than most people by a significant margin. I really liked this game...

After several matches, I have only encountered TWO fucking real players. You can tell players are bots because they have an Underscore "\_" in...

Ouch. Maybe the company can take the feedback and remove the bots? That seems like the best option, after all.

Or they could ignore the feedback.
I don't play PUBG, but this is a big setback for the future of the game.

I hate it too to be honest. I mean both PC and the Mobile has the bots now. And you can pretty much cross play on both. I don't think this would affect some hardcore users though. 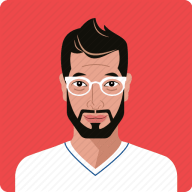 Which server is hardest in PUBG?

The AI bot designed to seduce lonely men in China