id Software's Doom Eternal is one of the best-looking shooters ever made. Powered by the id Tech 7 engine, the game delivers even higher resolution textures, more complex environments and a tight lock on its target 60 frames per second. It's also built from the ground up for the Vulkan low-level graphics API, meaning that in theory, it's a match made in heaven for Google's Stadia - a system that focuses on Linux and Vulkan for its technological backbone. However, after putting some time into the game, it's disappointing overall - at the most basic level, lag makes the Doom Eternal experience a good deal worse than any other platform.

There are advantages though, of course. Taking Xbox One X as an example, you have a 41GB download to get through before you can pick up your controllers. Stadia's cloud-based set-up means that the process of getting your hands on the game is instantaneous. But in the case of Doom Eternal, that's where the plus points for gaming at Stadia come to an end.

In assessing this port, we're pursuing our usual strategy of running the game with the best quality set-up. That means we're using the Stadia controller connected directly to Google's servers via WiFi, with imagery delivered via Chromecast Ultra to an LG OLED B8, rated for 22ms of lag under Game Mode. A 300mbps Virgin Media fibre connection, with the Chromecast attached via Ethernet removes any home WiFi-related latency that might occur, while our lag measurements were carried out with no other devices sharing the line. Pulling up the Stadia connection tab, our set-up is rated as excellent with 4K enabled. Despite this, there are still some minor, very infrequent stutters in performance.

With all that in place, let's see what we've got. Delivering such a rapid, supremely detailed game at 60 frames per second is no easy feat - especially avoiding detail loss through compression. I've got to say from a purely visual slant, Doom Eternal looks stunning on Stadia. Image quality holds up and every shotgun blast, every squelch of an instant kill takedown, and every skull lining the dungeon walls comes across clearly. Slow the footage down and zoom in and of course, we can highlight some macro-blocking, notably on darker elements of the screen. You can also expect banding artefacts in the shadows, but otherwise it's absolutely as good as you can realistically expect from a dynamic streaming platform.

The high pixel count we're getting plays a big part in that. Stadia runs in a majority of samples at 3200x1800 - which matches Xbox One X for maximum resolution. I haven't spotted anything under this yet, but it's a likelihood given the dynamic resolution setup on other consoles. However, curiously there is more to it than just running at 1800p. Stadia has all HUD elements present at 4K, but at the same time, parts of the gameplay also seem to resolve at 1080p. Pixel testing any objects in front of the skybox - the distant background detail, gives results at 1920x1080. A potential theory is it's a lower resolution depth of field buffer, a different effect with a different resolution - that causes a less clear outline for objects occluding it. In the main though, you're getting a comparable 1800p image to Xbox One X, which is a level up from all the other consoles. Meanwhile, for those on 1080p displays you're getting a straight native 1080p picture from Stadia all round.

Visual differences between Xbox One S and X were already few: anisotropic filtering is better on X and likewise for terrain LODs. Stadia by comparison retains the high texture filtering quality of the latter, and all settings are otherwise equal. There are differences in level of detail though, where Microsoft's enhanced machine delivers higher quality terrain closer to the camera. Stadia is delivering a curious mixture of both base and enhanced console quality - the resolution of Xbox One X, the terrain detail of Xbox One S (or PC's medium, if you prefer). The action is moving too fast to notice though, and every other effect, and all textures, run at the same quality level as Xbox One X.

There are some big changes to Stadia's video options, too. The film grain option is removed outright - which may be disabled to help with video compression. Lots of visual noise does no favours in beaming game footage over, and it makes sense to see this removed - whereas X still has the option. Strangely, the field of view slider is also removed on Stadia and so it's stuck at the default 90 setting we have on Xbox One X. It's not obvious why this has been axed; other than to possibly save on performance hits when widening it. What you do get in exchange is a motion blur menu with a suite of options - much like PC's. The effect is fine on its default medium setting but if it's not to your tastes you can turn it off. Xbox One X doesn't have this level of granularity, offering an on/off toggle instead.

Doom Eternal's performance on console is already a great achievement, and that extends to Stadia. You'll bump into some hitches and drops, purely based on the quality of your online connection. In my case I got lucky and played for two straight hours without any major problems - aside from one or two big stutters it's been excellent. The actual, hardware-side performance level is also sticking to 60fps, which helps give it a strong baseline to work from. Accepting some drops to 58fps or so in spots, Stadia isn't struggling against the huge amount of enemies or effects on screen - at least for the opening few levels. It's a fluid experience server-side; rendering the action at 60fps is not the issue - and so it's up to your connection to keep up.

Frame-rates are solid then, and that must help in lowering latency - but this is where the Stadia experience starts to come unstuck. From pressing the trigger on the Stadia controller to seeing the muzzle flash on-screen, there's always going to be more of a delay compared to locally rendered playback on a home console. TV input lag is a factor for all systems, but Stadia has the extra challenge of sending your input to a server, and then beaming back the video encode of the result as soon as it can.

To cut to the chase, using a 240fps high speed camera, the difference between pressing the fire button and the action playing out on-screen sees Stadia adding an extra 79ms to 100ms over the same motion executed on Xbox One X. Yes, to be clear here, 79ms to 100ms is the extra latency you get by playing Doom Eternal on Stadia. Interestingly, the Xbox One X result is quite laggy in and of itself, with 94ms the most frequent result, but adding anything up to an extra 100ms on top of that and then adding display latency means that Doom Eternal on Stadia delivers cumulative lag over one fifth of a second.

There's no skirting around the fact that Doom Eternal is inherently less fun to play on Stadia. It looks fantastic: that 1800p picture is incredible to behold, and even compression isn't too much of a bother. The real sticking point is latency. Even after adapting to it after a few minutes, I found getting a perfect shot on an enemy much easier by strafing slowly left and right, until the reticle aligns with them - rather than panning the camera with right analogue stick as usual. And that's the problem. My entire method of aiming changes to accommodate the lag. It's playable, and the more you practise with that extra delay, the better you get at timing the trigger pull just right. The immediacy of your actions is dulled though. It's blunted by a constant online relay of inputs and returning video feeds that takes just a few milliseconds too long to create a firm connection - between you and the action.

All of which raises an interesting question. With the current Covid-19 lockdown situation and the increased stress on internet infrastructure in general, are we looking at a genuine problem with the game itself or simply the notion of Stadia itself underperforming in extraordinary circumstances. We went back to Mortal Kombat 11 - a game we tested for latency at launch - and found that we were looking at some increased latency. It seemed to vary between 14ms and 26ms more lag, but this may be down to the fact that it was tested on a different connection (albeit one running on the same Virgin Media network). Maybe the situation will improve once the world regains some sense of normality, but even so, the extra lag does seem very much on the high side, even factoring in the variance added by the Mortal Kombat 11 re-test.

The unavoidable conclusion is that this is a game that is simply a lot more fun to play on a local console. Once you bundle in the field of view option, the improved terrain and the snappier input it's hard to justify going with Stadia purely on the grounds of convenience, unless you don't have another console available. It's certainly playable, but to appreciate the hard work id Software put into nailing Doom Eternal's high tempo action, there are much better options out there. And for a genre that's defined by its speed of gameplay, it stands out more so than most Stadia games I've tried. Sadly then, it's a fascinating test case, but as with Wolfenstein Youngblood, the practical result spells out the problems Stadia has with running FPS games: visual quality holds up, but the gameplay takes a hit.
Click to expand... 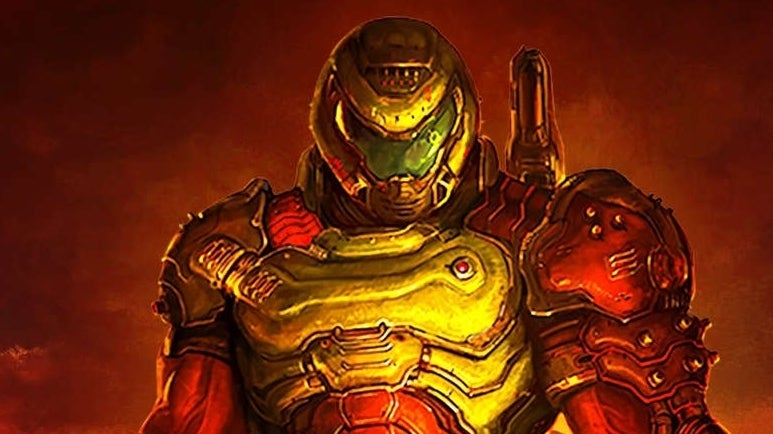 id Software's Doom Eternal is one of the best-looking shooters ever made. Powered by the id Tech 7 engine, the game del…