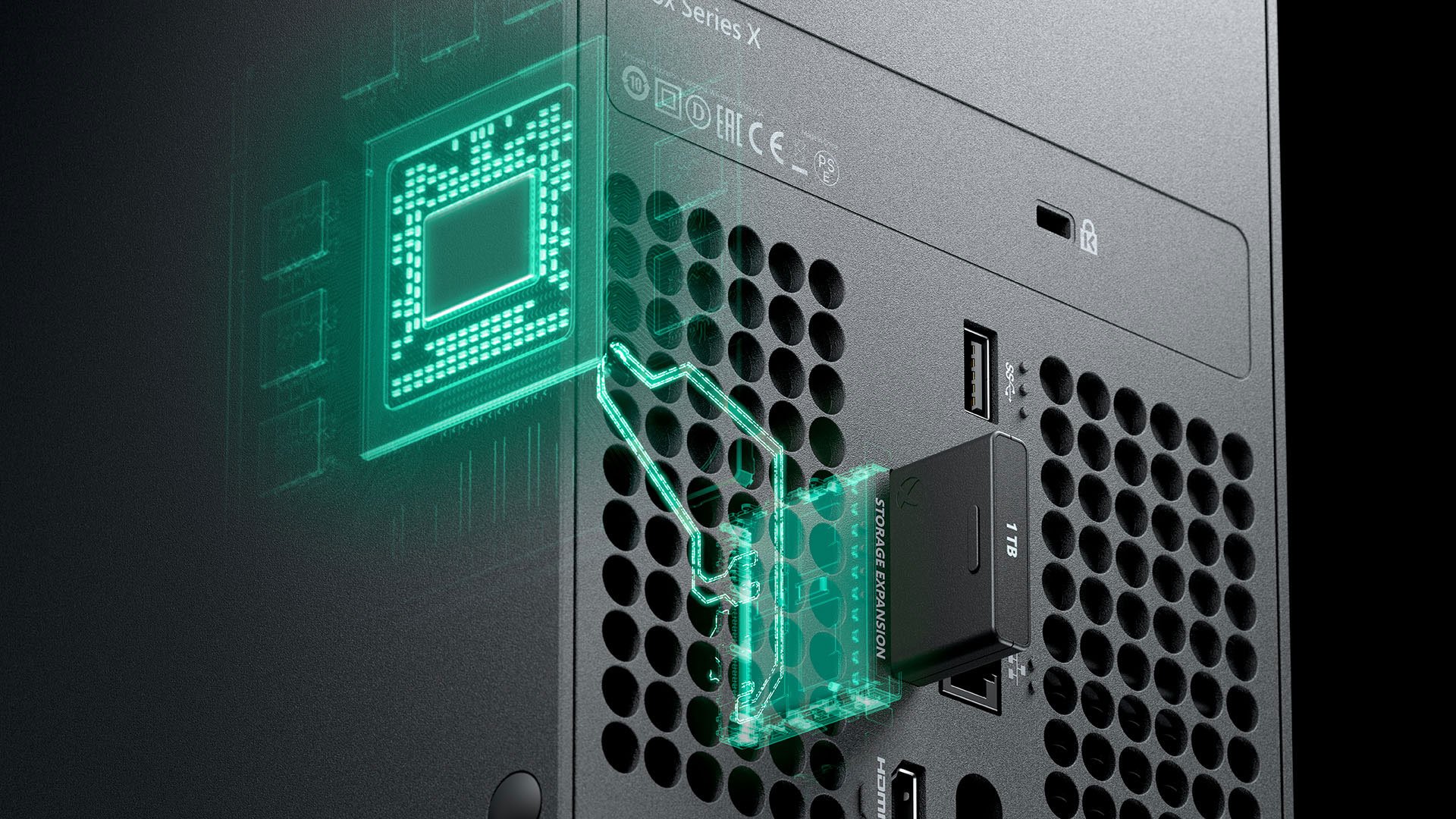 The Xbox Series X will include a 1TB internal SSD for games, which can get full very fast. To tackle that, Microsoft has partnered with Seagate to develop a proprietary SSD card that will slot into the mystery port on the console.

Microsoft has said that the proprietary SSD cards ensure for thermal dissipation and a steady, 2.4GB/s stream of data to the Xbox Series X, meaning the data transfer will be fast and reliable. This is music to the ears for developers creating a new title.

John Linneman at Digital Foundry took to Resetera to confirm that older, USB external drives will still be compatible with the Xbox Series X, but will not be able to store Xbox Series X titles. Instead, they can be used to store and play Xbox One, Xbox 360 and original Xbox backwards compatible titles.