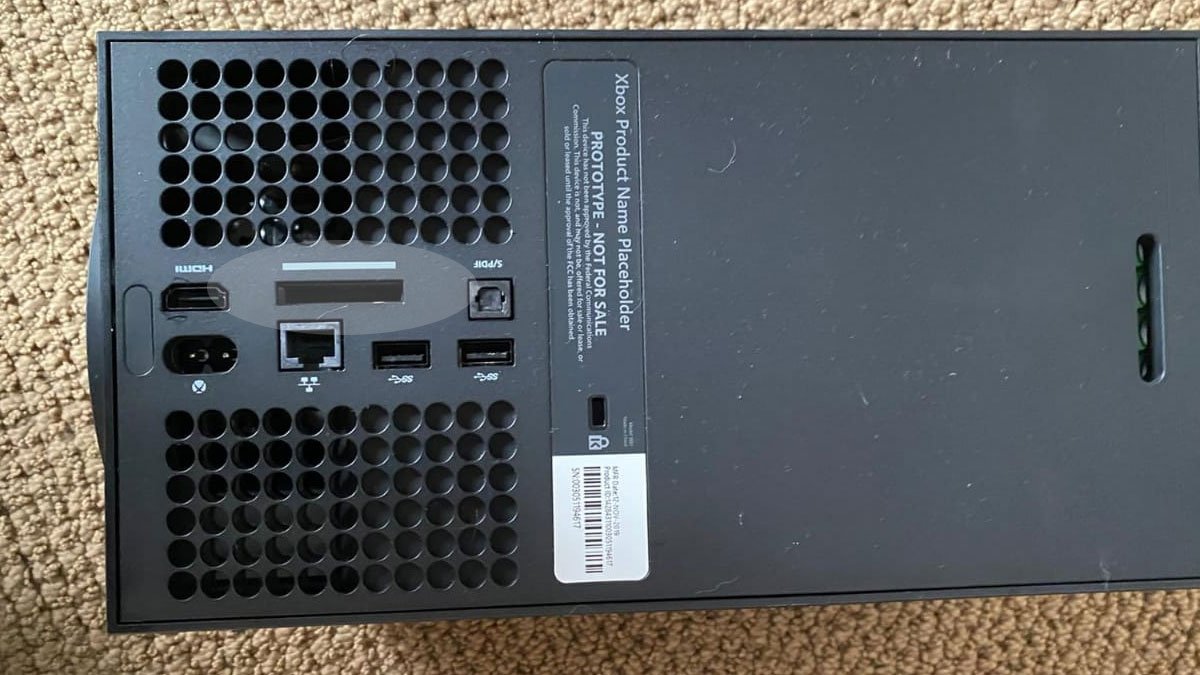 A new report suggests the Xbox Series X mystery port seen on the back of the console is used for expandable storage through CompactFlash Express (CFexpress) card.

A report from Thurrott suggests that the small, rectangular slot seen next to a power cord port, two USB 3.0 ports, a digital audio port and HDMI out port is actually for a CFexpress card, a next-gen CF card capable of 1750MB/s read and 1400MB/s write speeds.

It seems CFexpress cards are expensive at the moment with a 512GB card selling at £460 GBP. We are speculating the price of the CFexpress card will drop in the build up to the Xbox Series X launch, making them more affordable.
Click to expand...

Nice! Expandable storage is always a plus, as it allows the user to store a few more games. Looking forward to more news of the Xbox Series X.
(As another thing, why is it called the Xbox Series X? We've had Xbox 360, One, and now Series X. Shouldn't Microsoft be calling it Xbox Scarlett, or even Xbox Two, as weird as it is?)

Well 1 TB SD cards are out or coming to the market, so it could be used. Beats having a small brick external HDD sticking out of a console.
You must log in or register to reply here.