Now, workers who are earning up to $1,000 a month, such as contract or gig economy workers, or who have seasonal employment and can’t find a job due to COVID-19, as well as those who are running out of employment insurance, can now apply to collect the CERB for up to four months.

“Maybe you’re a volunteer firefighter, or a contractor who can pick up some shifts, or you have a part-time job in a grocery store. Even if you’re still working, or you want to start working again, you probably need help making ends meet,” Trudeau said.

These updates will not require another round of legislative amendments.
Unveiling the anticipated eligibility expansion to the CERB program that six million Canadians have already applied for, Trudeau said he is also working with the provinces to boost wages for essential front-line staff to keep them on the job.

He said, in collaboration with the provinces and territories, wages are going to be boosted for essential workers who are making less than $2,500 a month, “as quickly as possible.” It’ll be on the agenda during his meeting with the premiers on Thursday.

This new temporary top-up will be distributed through a transfer to the provinces, with the cost shared, given public health care is generally a provincial responsibility.

Details on which staff will be deemed essential and would be eligible for this new funding is still being worked out, but the federal government estimates it could help “several million workers.”

Deputy Prime Minister Chrystia Freeland said that the idea was first brought up by Trudeau on last week’s call with provincial and territorial leaders and it received an "enthusiastic response."

Trudeau said that the essential front-line staff in hospitals, seniors’ homes and long-term care facilities are doing “some of the toughest jobs in the country,” and because they are now being asked to only report to work at a single facility, their income could be less than what they’d receive if they stopped working and collected the CERB prior to this expansion.

“For many workers looking after the most vulnerable Canadians, including seniors and those with disabilities, we know conditions have gotten more difficult over the past weeks. And you need support right now,” Trudeau said.

“As we face an unprecedented threat to public health, you are our most important line of defence. We will do whatever we can to help you do your job and support you through this.”
Click to expand... 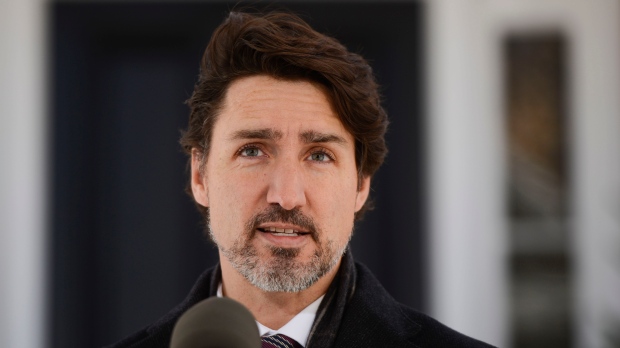 www.ctvnews.ca
You must log in or register to reply here.

Esports Betting Tips And Strategies Essential For You To Know
May 25, 2022 jf_by Alex Wright

If you’re ‘essential’ enough to work through a pandemic, you’re essential enough to be paid a living wage
Mar 31, 2020 jf_by Nat