You can make an overpowered character build
There are no classes in Minecraft Dungeons, so your character build is solely based on your equipment and the enchantments attached to them. Any player can equip an enchantment on any weapon or armour piece and Mojang understands (and likes) that this could lead to some pretty powerful character builds.

Executive producer David Nisshagen, says that because of the ridiculous power of some of the enchantments, "it's probably a bit unbalanced but we don't care because it's fun". Nisshagen says that because Minecraft Dungeons is PvE and not PvP, players can go bonkers with overpowered character builds, making battles more frantic and hopefully more enjoyable too.


There's no weapon crafting in Minecraft Dungeons, so everything is based around the enchantment system. You can find items that are already enchanted, but to activate their abilities you'll need to get XP from completing dungeons. If you find a weapon with amazing enchantments, you can sell your old one in exchange for enchantment points and spend them on the new loot you've found.

Enchantments aren't strictly for players. Mobs can also use them and cause devastating havoc. It might be fun when you're running around the dungeons leaving fire trails, but being up against a bunch of slimes that leave fire everywhere they move can be brutal.
Click to expand...

Looting in multiplayer
Looting in Minecraft Dungeons works similarly to Diablo. All the loot that you collect is yours to keep, meaning everyone in the party gets their fair share of gear. When you open a chest with some amazing equipment inside, you won't have to throw down against your friends to claim it. However, mission items and consumables like food, TNT, and arrows will be given to whoever gets it first.
Click to expand...

Players can choose the difficulty level with a threat-slider
Mojang has said that Minecraft Dungeons' difficulty can be the same as either Lego games or bulky RPGs. Nisshagen explains that they wanted anyone to be able to play. "One of the goals we did with the game was to make it accessible," Nisshagen says. "Anyone should be able to pick up and play. So it's not complicated, but it is quite complex. Once you start digging into the synergies, you can create very, very complex character builds."


In the mission select menu, there is also a threat slider that players can use to select the difficulty. There's a recommended difficulty option for those who want structure, but players are free to choose what challenge they want. Difficulty also changes based on your party size and additional difficulty modes will be unlocked after the main story is completed.
Click to expand...

Locations and hidden treasure
Each level begins with an opening cutscene and voiceover narrative explaining the mission and what you have to do to complete it. Each level features a fixed sequence of objectives, with procedurally generated pathways in-between. If you were to replay a mission, the key objective would stay the same but the route to complete it would be randomised.

Most of the levels are pretty linear but Nisshagen says that there are also hidden bits of treasure and loot if you stray from the main route. "We do want to let the players explore and find treasure if you go off the directed path," Nisshagen says. "There are all sorts of secrets to discover."


Each level looks to have been uniquely designed to give a different dungeon-crawling experience. There are locations like the foreboding Creeper Woods that has a more open and layered structure, and then there's the Red Stone Mines that have a much more winding, classic dungeon crawly vibe. A third location called Pumpkin Pastures has a cosy autumnal feel—at least it would if it wasn't crawling with enemies.
Click to expand...

Unfortunately, there will not be cross-play or cloud saves between platforms, but it's been confirmed that the team will be working on it post-launch. Nisshagen also says that the team wants to work on a level editor down the line, but that with Minecraft Dungeons launching on multiple platforms it would be a big job.
Click to expand... 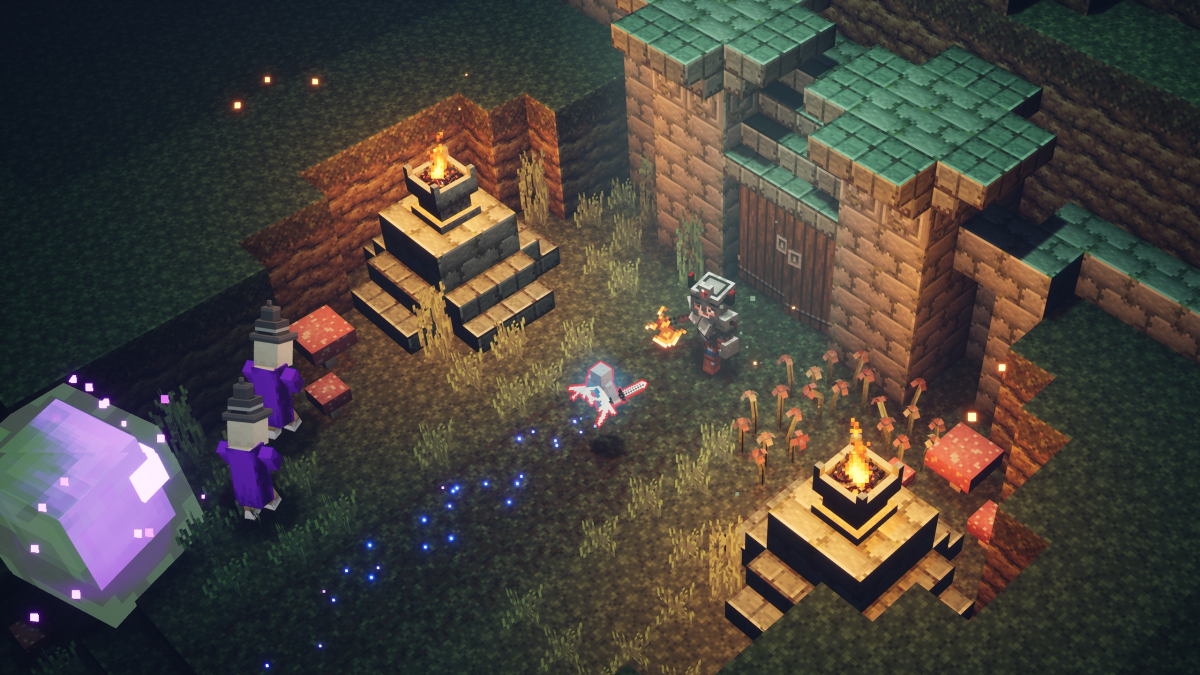 Minecraft Dungeons delayed until May
Mar 31, 2020 by Alex Wright