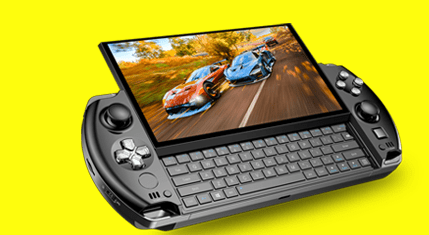 After the release of the steam deck which has been one of the best handheld gaming pc that has dominated the gaming pc handheld industry, so many other handheld pc has come to light and one of them is the GDP WIN 4. Although they also make mini pc gaming system. The GDP win 4 is the successor to GDP Win 3, The design of the GDP 4 is the replica of the PSP vita but with an under-screen qwerty keyboard which can also be used for gaming

One of the most outstanding features of the GDP WIN 4 is the size. it is smaller and more portable than the Steam deck. Powered by AMD 6800U and also Comes Standard With 1TB/2TB SSD depending on the variant.

E
Top 4 Handheld Gaming Console You Can Get in 2022