Would you spend more than $600 to buy Project Scarlett?

The release dates for Scarlett and Ps5 have already been mapped out as next year and as we know, both consoles are promising to have nice updates which will wow game players. Will you easily pay up to $600 to have one when it's out? 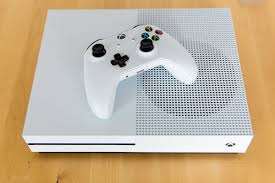 the hardcore fan base will buy it, but it will be hard bringing in the general gamers and those stuck on PC gaming and other consoles.

Demon_skeith said:
the hardcore fan base will buy it, but it will be hard bringing in the general gamers and those stuck on PC gaming and other consoles.
Click to expand...

That's what I am looking at as well since those PC gamers will definitely not want to spend that much on buying a console since they have the alternative of playing most of those games on PC.

I'm not sure they would ever go for a price tag like that unless they knew that it was going to be the last ever console and it would always be worked on by Microsoft and Sony. A $400-500 pricetag makes a bit more sense

It would have to be something pretty dang special to make me want to spend that much on a console. Especially considering as usual, us lot in the UK will get shafted as the price will be £600 if it is $600 and not the £470 that currently works out to. In reality though, I'm pretty sure that Microsoft won't start going down the Apple price route, as Ash said, a price-tag around the $4-500 area seems more palatable when you consider they also need to keep the PC gamers in check.

For me 600$ is a bit high as of now. Not sure I'd be considering spending that much as of now. But yeah if things work out after christmas or so, maybe give it a thought about purchase.

Hardcore gamers will be the ones that will pay out the high price when these consoles first comes out. I personally would love to get a Project Scarlett when it is released but I know if it releases with a price tag of $600 I will not be able to pay for that outright at all. I imagine a lot of queues though of die hard gamers with the money saved up on the day that comes out, with it more than likely being a midnight release as well it's going to be a crazy time when these consoles are released.
You must log in or register to reply here.