Biden’s campaign clearly hoped that Here’s the Deal would be a twenty-first-century fireside chat, fostering the kind of intimate connection with voters that the now-presumptive Democratic nominee, for all his avuncular attributes, has struggled to generate during the 2020 campaign. The qualities that made him charming as a vice president—a mouth that moves faster than his mind, an overreliance on outdated euphemisms (“malarkey,” etc.)—now just make him seem old and out of touch. The problems with his podcast mirror the problems of his campaign.

Here’s the Deal is supposed to underscore Biden’s core message: that he represents a return to normalcy and competence after four years in a political nightmare. With Klain, who led the Obama administration’s Ebola response, we get a bite-size look at how a hypothetical Biden administration would be managing the pandemic. With Whitmer, a moderate governing a state with a Republican legislature, we get three cheers for bipartisanship.
Click to expand...

One could imagine a different version of the podcast. The Biden team could take a cue from Bernie Sanders’s much better podcast, which was hosted by the campaign’s press secretary. Sanders appeared on it only rarely, allowing others to do battle for him. In this version, Biden surrogates would be freed to take their gloves off and attack Trump at length and in detail. Biden himself is just unable to say anything of substance, apparently because he thinks it would only damage his chances in November.
Click to expand...

Biden’s odd speech patterns are sometimes heavily edited, giving them a chopped feel, like a grandpa appearing in a Tik Tok video. At other times, Biden speaks in paragraphs that are the verbal equivalent of someone falling down a rocky hill:

I know it sounds corny, but I’m so damn proud to be an American. Look at how people are coming together in this country. After—being—after appealing to their prejudices for three years and you know, that folks from that part of the world is not a good person, and we don’t want anybody Muslim, we don’t want this, we don’t want that divi—look what they’re doing. You have these first responders showing up and going into homes and taking people out into ambulances. You watch the things that are spontaneously happening. Thank God the networks are putting them on television.
Click to expand... 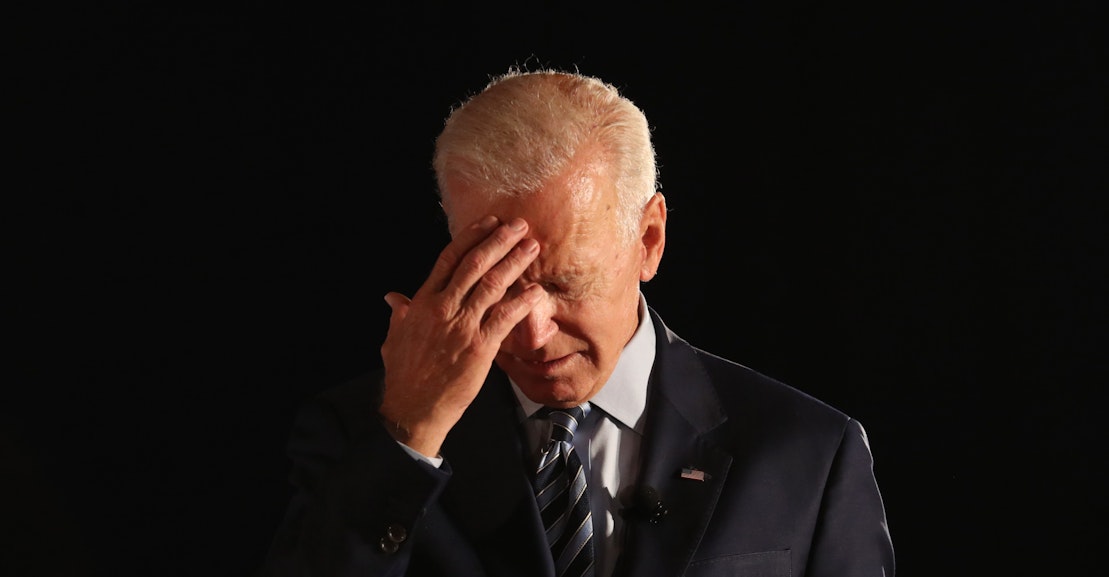 "Here’s the Deal" captures a listless campaign that is uncertain of how to respond to an unfolding crisis.

newrepublic.com
You must log in or register to reply here.