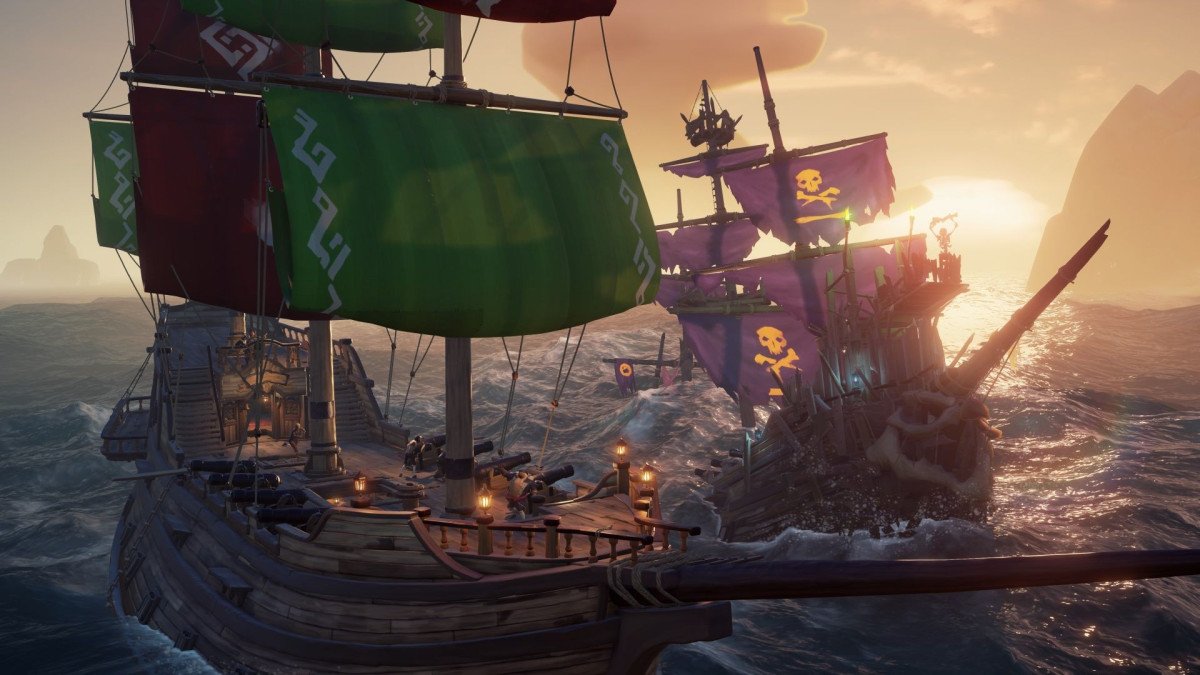 Sea of Thieves Ships of Fortune free update heads to Xbox One and Windows PC from April 22, Rare has announced.

Got a favourite Trading Company on the Sea of Thieves? The original Gold Hoarders, Merchant Alliance, Order of Souls and Athena’s Fortune each appeal to different players – and we’re expanding them with the option for players to become Emissaries in Ships of Fortune. Taking on this special duty allows pirates to earn boosted rewards from their usual Voyages, plus special cosmetic rewards for those who perform best.
Click to expand...

Players will be able to choose to be an Emissary for one of the Outpost Trading Companies with the opportunity to advance through five Grade, each offering greater rewards.

Furthermore, another company known as The Reaper’s Bones, will become available in-game.

Keeping your fancy Emissary status with the Reaper’s Bones around won’t be so easy, as their own Emissaries have but one duty – to lay their rivals low and take their Emissary Flags as trophies! Of course, taking their loot is a close-running second priority.
Click to expand...

The game’s PvP Arena mode has also been reworked.

Old treasure maps have been replaced by a single chest marked by a Sea Dog Beacon, with just one cash-in location to ensure a furious battle for victory! Contest times have also been slashed to 15 minutes, guaranteeing a frantic pace in each match.
Click to expand...

Whether your battles take place in Adventure or Arena, we’re also adding a new way for crews to look out for each other on the seas. Now, when pirates are defeated, there will be a brief window during which their crewmates can revive them before their soul drifts to the Ferry of the Damned. This should allow for quicker gameplay loops as well as some new tactical choices for co-operative crews.
Click to expand...

The update also provides a new pet in the form of a cat.

Sea of Thieves is available on Xbox One and Windows PC, also available via Xbox Game Pass. A Steam release is coming soon.
Click to expand...

Sea of Thieves to release on Steam and support cross-play
Apr 2, 2020 by Alex Wright

Sea of Thieves A Pirate's Life showcase available ahead of launch
Jun 22, 2021 by Demon_skeith