Canadian police are to begin visiting homes to enforce the government’s COVID-19 quarantine, the RCMP said on Friday, warning that “recklessly” failing to comply could result in a $1-million fine and three years in prison.

The RCMP said it had been asked by the Public Health Agency of Canada to help with national coordination and enforcement of the March 25 Quarantine Act Order that requires everyone arriving in Canada to stay home for 14 days.

Officers will speak to those under quarantine and advise them of the “potential consequences of non-compliance,” the police force said in a statement that cautioned violators could face “significant penalties, including fines and imprisonment.”

The maximum fine for failing to comply with the quarantine is $750,000 and up to six months in prison, but those who put others at risk through could face harsher penalties: up to a $1-million levy and three years imprisonment.

“Arrests would be a last resort, based on the circumstance and the officer’s risk assessment,” the RCMP said. Instead, police can issue those charged with a notice or summons requiring them to appear in court.

“Choosing to ignore mandatory isolation and quarantine orders is not only against the law, it’s also putting citizens, first responders, health professionals and the most vulnerable at risk of exposure to the virus,” said RCMP Commissioner Brenda Lucki.
Checks will “generally be limited to persons who, after PHAC has done initial verifications by phone, text or e-mail, may require a physical verification by police,” the RCMP statement said.

But enforcement will focus on “education and encouragement,” it said, adding “RCMP officers will attempt to conduct physical verification with the individual while maintaining physical distancing.”

Police forces across the country have issued hundreds of tickets and even made arrests in some cases after people violated quarantine orders or social-distancing rules.
Click to expand... 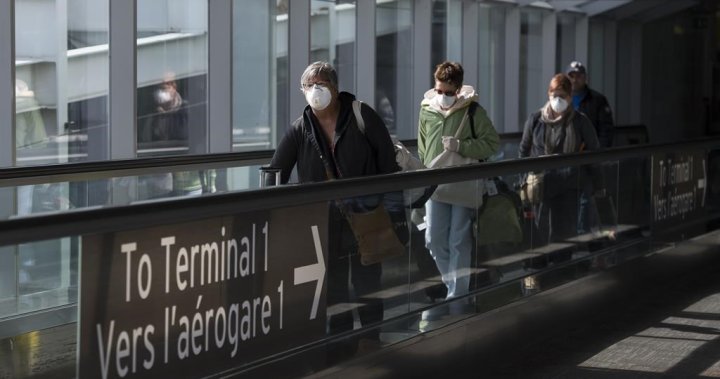 The RCMP said coronavirus quarantine enforcement will focus on 'education and encouragement' but warned of arrests and $1-million fines.

Canadian Quarantine Act for returning citizens: Fines up to 1 million, minimum of 6 months to 3 years in jail, or both