PS5 backwards compatibility to support 'almost' all titles at launch

Cerny detailed PS5’s capabilities as part of a livestream, confirming that 100 PS4 games, “ranked by playtime” are being prepared for backwards compatibility. “Almost” all of the titles will be ready for launch, with more to come afterwards.

Cerny later explained why some of the older titles won't be ready for launch, he continued “some game code just can’t handle it,” and confirming that “testing has to be done on a title by title basis.”.

In comparison, The Xbox Series X will support all Xbox One, the library of backwards Xbox 360 and the original Xbox titles at launch. They’ll even have machine learning based of HDR technology.

We still have more on the PS5, stay tuned!
Click to expand...

not good at all.

I think that's great that backwards compatibility exists for the PS5. Means I won't have to sell off my old PS4 games.

Good news for those with PS4 backlogs, so long as their backlog doesn't contain any unpopular games that is. 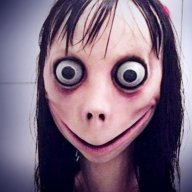