Germany is ahead of the curve. While other European soccer leagues are engulfed in uncertainty and damaging pay disputes between clubs and player unions, in Germany there is order and a cleared strategy to restart its league, which like others around the world was brought to a halt by the coronavirus outbreak.

This week, all the clubs in the top two divisions — 1. Bundesliga and 2. Bundesliga — returned to the practice field, observing local health protocols, but offering millions of soccer-starved supporters the surest sign yet that they will soon be able to watch the sport once again, and far earlier than fans in Europe’s other big leagues.
Click to expand...

Germany has not been immune from the ravages of Covid-19. The country has the fourth highest number of recorded cases in Europe, with more than 107,000 by Wednesday morning, according to Johns Hopkins University. But its health care system has so far managed to cope with the crisis perhaps better than anywhere else in the world, with a death rate from the disease lower than even South Korea, a model for flattening the curve.
Click to expand...

The Bundesliga, Seifert said, is conscious of not being seen to add to the burden on the health care system. Germany’s testing regimen, by far the best in Europe, means that supplies needed for medical staff will not be diverted so soccer stars can get on the field.

“It won’t be the case that one doctor or one nurse that is really relevant for the system cannot be tested because football players have to be tested,” Seifert said.
Click to expand...

German clubs have managed to navigate the tricky issue of negotiating cuts to player salaries serenely, unlike in England where an ugly dispute among players, their union and teams has entered a second week. In Germany, where players and clubs negotiated directly, players at the biggest clubs have agreed to reduce their salaries by 20 percent to 30 percent and those at smaller ones by 10 percent. “To be honest, I didn’t understand the discussions in other countries because from the very beginning clubs were talking with their players about it,” Seifert said.

Seifert predicted that whatever the outcome of the next few months, one thing was for sure: The global $7 billion player transfer market is certain to collapse. Such a situation would have massive reverberations across the industry, particularly at clubs with risky business models geared to transfer market returns.

“In the short term, I would say the transfer market this summer will not exist, it will collapse,” he said. “Some agents will suddenly understand that they will have to work hard, or at least work; some leagues will understand that money is nothing that is coming automatically every month from heaven.”
Click to expand... 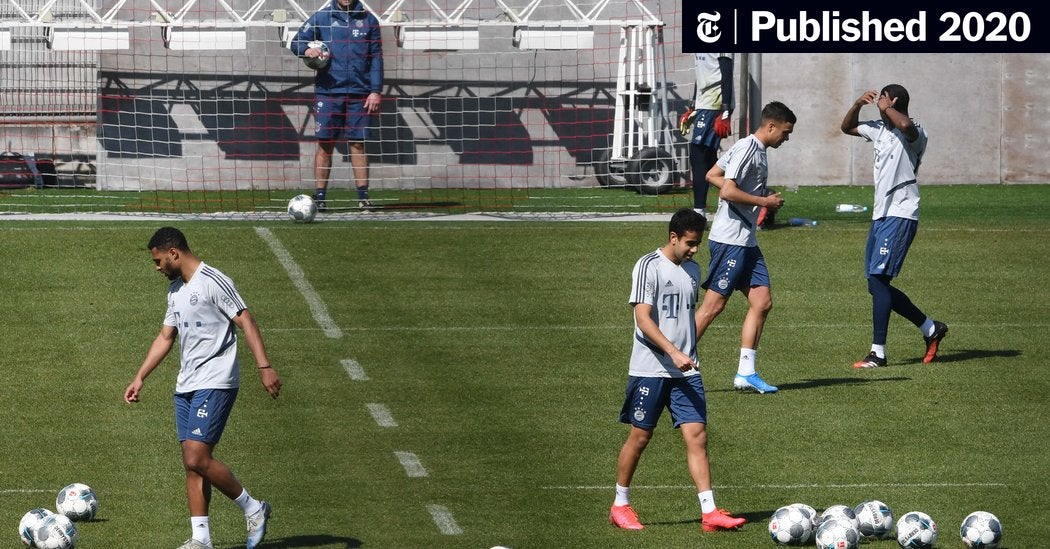 With players back practicing, the Bundesliga is set to become the first of Europe’s major leagues to return to action, with plans for spectator-free games starting in early May.

NYT: George W. Bush Calls for End to Pandemic Partisanship
May 3, 2020 by Tek

NYT: Holdout States Resist Calls for Stay-at-Home Orders: ‘What Are You Waiting For?’
Apr 4, 2020 by Maddox