The Hollywood Reporter on post-coronavirus in Hollywood: "There May Never Be a Return to Normal"

Long before a public health crisis closed exhibitors' doors, the audience's retreat from the theater to home video had driven both anxiety and opportunity at entertainment companies. But COVID-19 represents a watershed moment in the business, one that is accelerating current trends in media consumption and forcing Hollywood to embrace its digital future.

Desperation has driven studios to shrink the once sacrosanct 90-day theatrical window, a move some have been contemplating for more than a decade. At the same time, new streaming video services are drawing heavy investment, and though no company wants to be perceived as profiting from the disaster, streaming usage will be up 60 percent overall during the crisis, according to Nielsen. Gaming will spike 75 percent, according to Verizon. Internet demand is already so high in Europe that government officials there have asked Netflix, Amazon, Apple and Disney to reduce the video quality of their streams to lessen the burden on the continent's networks.

"COVID-19 will expand the gaps between those lagging and leading in the transition to digital distributions and business models," says venture capitalist Matthew Ball, former head of strategy at Amazon Studios. "OTT video services will surge, while pay TV loses its most valuable content — sports — and sees an accelerated decline in subscriptions and ad revenue. Parks and movie theaters are ground to a halt, while gaming companies hit new highs in usage."

The virus disaster, which has shut down production at virtually every entertainment company, also has exposed weaknesses, especially in those that carry a heavy debt burden, like ViacomCBS, Endeavor and theater chain AMC Entertainment, or those that rely on travel to theme parks and cruise ships, like Disney. Cowen analyst Doug Creutz has cut his earnings estimates for all the entertainment companies he tracks through 2022, slashing his price target for Disney from $159 to $101 and for ViacomCBS from $25 to $17.

Widespread layoffs are expected in an industry that had expanded to meet the demands of the streaming content bubble, with agencies including Endeavor and Paradigm already cutting staff and with UTA slashing employee salaries. The question for many in entertainment is how permanent these changes will be — will the industry rebound once the pandemic has passed and come to resemble its former self or will this crisis cement a new normal in Hollywood?

When Universal executives called Blumhouse CEO Jason Blum to discuss plans to make The Invisible Man available for home rental just three weeks into its theatrical run, along with another Blumhouse movie in theaters, The Hunt, "I was supportive of their decision," Blum says. "It was a very tough decision. In a time of crisis … you have to look forward. You have to adapt."

Universal had released Invisible Man wide in theaters Feb. 28 and made it available to rent March 20 at a cost of $19.99 in the U.S., narrowing the theatrical window to just 21 days. The $9 million movie, which had grossed $123.6 million worldwide before theaters closed, was the top movie on Fandango's VOD service over the weekend of March 20-22. Blum says Universal execs assured him their strategy is a temporary response to the crisis while making it clear that the Comcast-owned studio will be using the unplanned experiment as a way to learn what consumers will tolerate.

"Is the audience going to see it as, instead of going to the theater and all the costs associated with that, getting there, parking, popcorn, a babysitter if you have kids. … Are they going to say, 'Wow, this is a real bargain compared to that?' " Blum says. "Or are they going to say, 'What a rip-off. Netflix is $12 a month. I could watch a hundred movies.' No one knows the answer to that."

Universal's groundbreaking decision was followed quickly by Disney, Sony and Warner Bros. making similar moves, albeit offering their films for purchase, rather than rental, and by Paramount sending its April romantic comedy The Lovebirds to Netflix. Though the shifts were a response to a singular catastrophe, this change may reverberate long after the crisis has passed, as consumers, who can now watch fresh-from-the-theaters releases like Disney's Onward, Sony's Bloodshot and Warner Bros.' The Way Back at home, may come to expect such convenience.

The closure of theaters because of COVID-19 has provided an opportunity for studios to learn something about consumer behavior that they've been wanting to explore for years. In 2011, Universal attempted an experiment with its movie Tower Heist, proposing a plan to make the Eddie Murphy comedy available for home viewing three weeks after its theatrical debut at the rental cost of $59.99 to 500,000 people in Atlanta and Portland via Comcast's VOD system. Theater chains rebelled, threatening to boycott the movie, and Universal abandoned the plan. Now a crisis has inspired a similar test, in a moment when exhibitors have scant leverage.

National Association of Theatre Owners chief John Fithian told THR in a fiery interview March 20 that "exhibitors will not forget" what Universal in particular did during this crisis. While other studios delayed their tentpole releases rather than dropping them online — MGM pushed its James Bond movie No Time to Die, Paramount delayed A Quiet Place Part II, Warners rescheduled Wonder Woman 1984 and Disney postponed Mulan and Black Widow — Universal decided to release its DreamWorks Animation sequel Trolls World Tour, scheduled to arrive in theaters April 10, direct to home entertainment.

"Every other studio has demonstrated true partnership and belief in the theatrical model during this time of crisis," Fithian said. Universal did not respond to a request for an explanation of what drove the decision, but one person with knowledge of the studio's deliberations says much of the marketing money for Trolls World Tour had been spent and there were no appealing available dates on the calendar. "When is a good weekend?" says the industry source. "It's a clusterfuck. And it's obviously precedent-setting."
Click to expand... 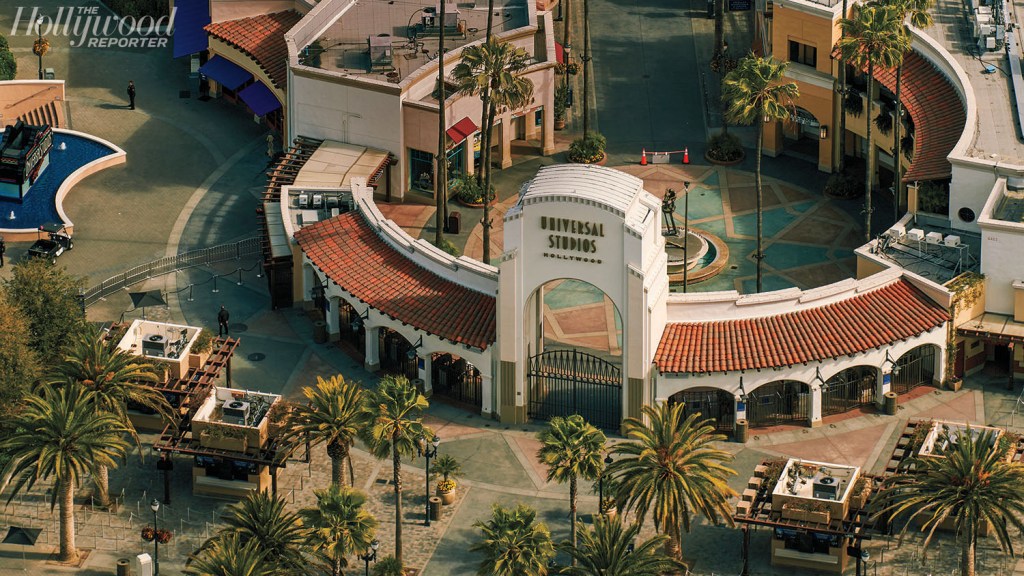 As a Virus Upends Hollywood, There May Never Be a Return to Normal

With an unprecedented shuttering of the industry, major studios break the glass to deliver films on demand while some executives and artists take up a DIY ethos amid the downturn: “You have t…

Trump is asking whether there can be some sort of disinfectant injection, "almost a cleaning," in people's bodies to fight the coronavirus
Apr 24, 2020 by Demon_skeith