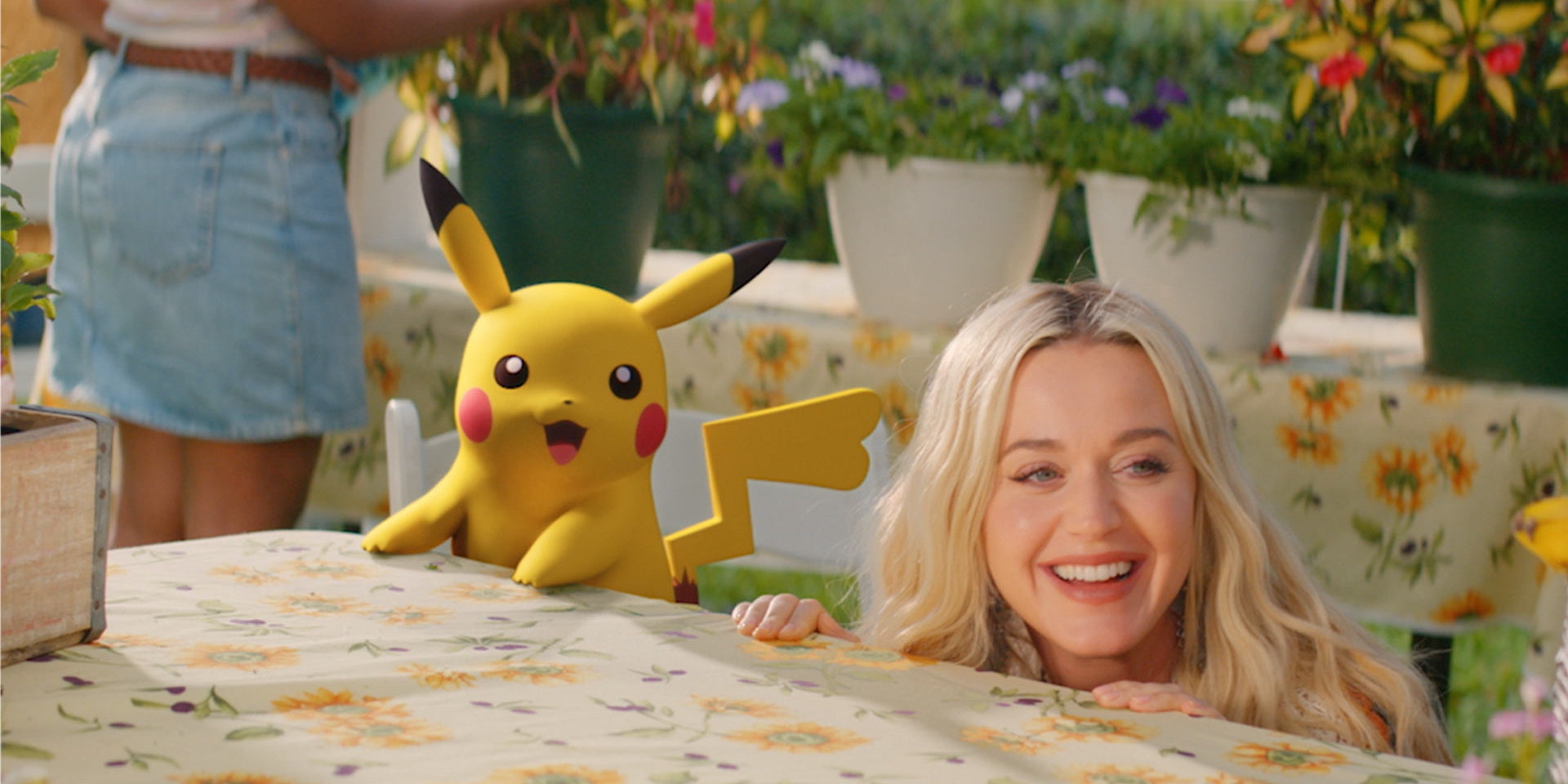 Katy Perry has released a new single Electric in celebration of Pokémon's 25 anniversary.

In the video, Katy Perry and her Pikachu reminisce about growing up, where we see flashbacks to a younger Perry and Pikachu as Pichu. The message is that people evolve, just like Pokémon do.

You can watch the video in action, below:

When I visited the Pokémon Café while touring Japan, I got so nostalgic. It took me back to my junior high years.

The song's themes - resilience, igniting your inner light - have guided my life and also parallel Pokémon's story and characters. Pikachu is the evolved form of Pichu, so in the video, you see the younger version of me with Pichu and myself in the present day with Pikachu. We both evolve, yet retain a sense of playfulness.
Click to expand...

The new single will be featured on an album of music due to be released this autumn, alongside a track from Pokémon virtual concert star Post Malone, recent Fortnite collaborator J Balvin and a fourth "surprise superstar artist".

Pokémon Brilliant Diamond and Shining Pearl will release later this year, followed by an open-world prequel set hundreds of years prior, titled Pokémon Legends Arceus in early 2022.
Click to expand...