Hi guys! I want just to show you an interesting website.
It's used by a lot of indie developers. Experts and noobs.
It is indiexpo

It is avaible in over 18 languages and there are only free games. For Windows, Linux, Mobile, Mac, etc.
It's not the classic "website with free games". It has several unique features:
- A News Area to see the latest updated games
- A Chart with the most voted Games of the latest 6 months
- An Event Area where there are games with a score system. You can play them and send your score in an Online Leaderboard. The website sometime organizes also events with prizes or easter egg hunts
- A Console Area. Downloading an Android App, called Indiepad, you can turn your smartphone in a gamepad and play a lot of games also with your friends (in local co-op)

It's very similar to youtube and "gamers oriented".
I helped them few time ago to realize several videos.

They have also a youtube channel where they post the trailers and a video every month with the best games uploaded.
You can also gain gems and level up. They are adding new features every day!
Very suggested!

What have been the latest changes made to iindiexpo?

It’s been mostly bugfixes, optimizations, expansions, and some small changes!

We added a button that allows to share your game much more easily and rapidly on a lot of social networks to every game page. It even comes with a QR code to print or scan, to share with anyone around you!

More automatic checks were added when a game developer tryes to create a new game page. Many kinds of checks were added, the most important ones put in place to avoid spam. Now, if a game developer tryes to make a page with an external download link, the site will automatically check if there are other games with the same external link. Furthermore, every user will be able to create a maximum of two game pages per day.

- The navigation bar has been improved

While before there were both a vertical and an horizontal navigation bar, now it’s all been included in the vertical one, which will allow you to move between different areas much more easily and rapidly.

Two new languages were added, once again thanks to the help of the indiexpo community! Adding persian is a remarkable milestone, as it makes indiexpo one of the first game hosting websites completely translated in an arabic language! We’re still fixing the site architecture relative to this new language (we gotta flip everything right to left)!

A new game has been published exclusively on indiexpo, Tony & Clyde (a low-poly adventure from a brasilian team, with a great color range and a perfect design), which was the first game featured on our latest video, the “Best of August”!

Before the end of the year we should have two other big projects done. The first regards a bug fix related to medals notifications, and the other a new functionality in the Events & Challenges area!

The last video of indiexpo to say "THANKS" to the indie developers on the website!
With the help of their games, the community of indie lovers is growing up! And we are very happy of this!

New updates from the official blog... I quote:

During the last year the website had a great boost. The reasons were probably two. The first one was a lot of players, all around the world, locked at home that were looking for free games to play. And the second one was big influencers in China that discovered and showed indiexpo on their channels.

So we thought "don't stop me now!"... and we updated the website with new features and fixed several bugs. We introduced Verified Accounts, the Share button, improved our home page and totally changed the Subscription Area.

As you can see, now you can visit the new Subscription Area to check for updates about the games you’re following. It’ll be like having your own, personal news feed!

But what are we planning for this new Year?

We were the first videogame website to also think about middle eastern countries, translating the website and changing its design so that it’s easier and faster to navigate - also by young developers and players from those countries. We want to continue to update and improve it during this year!

We are also going to work to create new automatic checks in order to prevent spambots and spam. The site’s design will be improved, we’ll add new details and animations, as well as new notifications about your progress on indiexpo!

What’s more, we’re also going to add a new area for developers and players, something totally new and never-before seen on websites like indiexpo! Stay tuned!

Continue to be a part of this community, watch the latest videos and follow the best game developers, all on indiexpo! 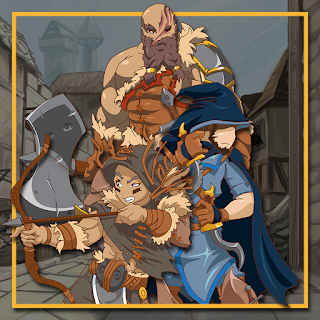 New updates from the official blog... I quote:

New Languages, redesign and tags!
Hi! Did you see the latest updates on indiexpo?

We never stop and recently we improved the website to be more useful for gamers and developers!

At first we translated indiexpo into two new languages: Filipino and Thai!

With the help of several users from the indiexpo's community we translated the latest words and now also the younger developers and gamers, from Thailand and Philippines, can use the website easly!

It's also redesigned two areas of indiexpo, Subscriptions and Your Games (for game developers)

Now you can see the latest news and updates of the followed games and to left a comment faster!

Another new feature is about the Comments Area of the Game Pages. Now you can tag another user when you left a comment and he/she will receive a notification about it! And added a new anti-spam system!
And there are other small features like the possibility (finally) to change your password and email in Settings Area and to see the new UI of the Level Area!

And more has coming!

Thank you for sharing! liking them a lot
You must log in or register to reply here.