Fortnite teams up with the Red Cross to create a game that saves lives, instead of killing 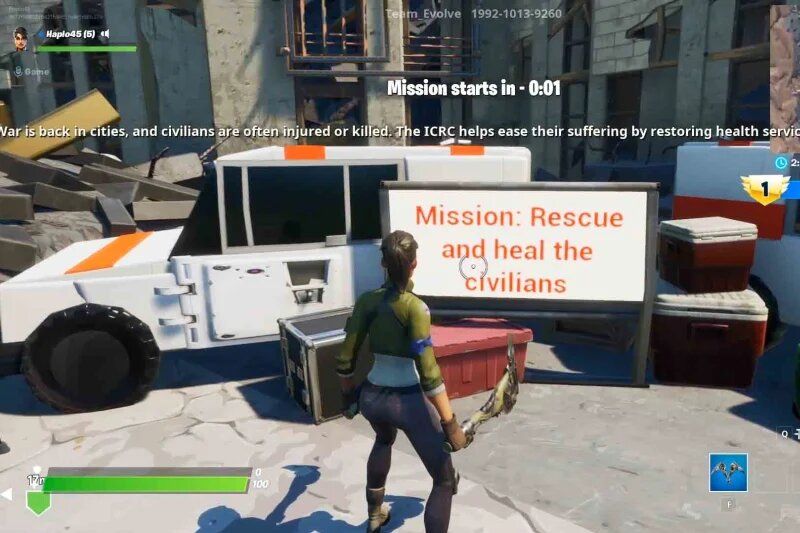 The makers of Fortnite, one of the world's biggest video games, have teamed up with the International Committee of the Red Cross (ICRC) to raise awareness about the reality of violence and conflict. The unlikely team have created an online game which has been called Liferun. The game - in which players can go on missions to rescue civilians or rebuild schools - focuses on positive effects on peoples live versus murderign them to create your next lovely structure.

The new game was introduced to the community by three popular Fortnite streamers - Dr. Lupo, One Shot Gurl and Australian gamer Lachlan Power - at a streaming event in San Antonio, Texas, on Monday morning (AEDT). The hope is that the game will start to spark some conversation about the great work the ICRC do in some of the worlds worst conflict zones. The game was developed to highlight four core activities the ICRC is carrying out in its operations in more than 80 countries. Players compete to heal civilians, rebuild essential infrastructure, remove mines and distribute aid as fast as possible

Power was streaming the Liferun game when it launched. He has more than 700,000 followers on streaming service Twitch and 12.3 million subscribers on YouTube. Power also had the following to say about the game:

"Before working with the ICRC, I wasn’t entirely familiar with this committee of the Red Cross, so playing the game and working with the organisation has definitely given me a greater awareness about their work and I hope that it will raise awareness of the ICRC in a similar way for other people who play the game mode or are watching the event on the weekend,"
Click to expand...

Leonard Blazeby, Australia's head of mission for the ICRC, sees the game as a way to talk to young people who might become soldiers or join armed forces.

"The idea was to be able to reach out to gamers in this innovative way to have them know who we are and what we do. Our role is to try and protect and assist people who are affected by the conflict, who shouldn't necessarily be. We're trying to talk to them in a smart and engaging way to say that people do suffer in a conflict and that's an aspect that they perhaps haven't taken into account."
Click to expand...