In fact, Spencer used the plural, saying Microsoft will "go big with [Xbox All Access] at the launch of the consoles." He might have simply misspoke, or he might have been referring to Microsoft's previously discussed plan to launch more than one next-generation console this year.

In addition to the Xbox Series X, Microsoft is reportedly working on a lower-cost next-gen Xbox under the codename Lockhart. The "Series X" name designates the model name of the next-gen Xbox, which leaves room for Microsoft to release more next-generation consoles beyond the one we know about.

In the IGN interview, Spencer said price is a "critical, critical" factor for the Xbox Series X. He said the original Xbox One struggled at launch because it was $100 more expensive than the PS4.

The Xbox All Access subscription program will help "lessen the single impact of a purchase," Spencer said.

Also in the interview, Spencer briefly discussed the impact of COVID-19 on the gaming industry. He said gaming, unlike other industries, is known to be able to survive global market volatility. Spencer pointed out that gaming stayed afloat in 2008 during the financial crisis.

"We would be remiss if we did not talk about the economic realities that could be here [in the fall]," Spencer said. "Not to be all doom and gloom, but you saw the [US] jobless claim numbers that came out. There is a lot of uncertainty [in the market]. I think gaming is a luxury and we should all understand that."

He added: "When we look back at 2008 and what happened with gaming; gaming tends to be durable. It seems that people see it as a value and continue [playing games]. But obviously, people have to take care of their families first."

On the subject of price, Spencer said nothing is decided yet, but he feels comfortable knowing that he has the backing of Microsoft--a trillion-dollar company--to help set the right price.

"There are a lot of things that all of us are watching right now as we think about the right price and the right offering," he said.

Spencer reminded people in the interview that game consoles are often sold at a loss, with sales of games, subscriptions, and accessories helping drive profitability, and this should also be the case with the Xbox Series X. With the backing of a cash-rich company like Microsoft, the Xbox team can be more agile with how it prices the Xbox Series X, Spencer said.

If everything stays on track, the Xbox Series X will release this holiday with Halo Infinite as a launch title. In the interview, Spencer said he is feeling more confident that the hardware will be ready for launch, as manufacturing plans in China come back online. The bigger unanswered question is whether or not game developers will be able to ship their titles on time as they work from home.
Click to expand... 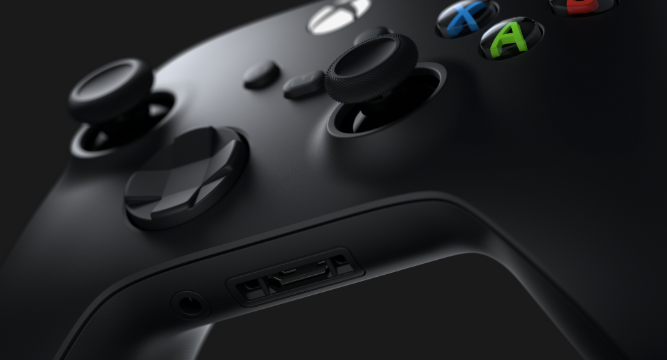 Halo Infinite Elite Controller and customized Xbox Series X now up for pre-order - The themed console will be available on Nov. 15