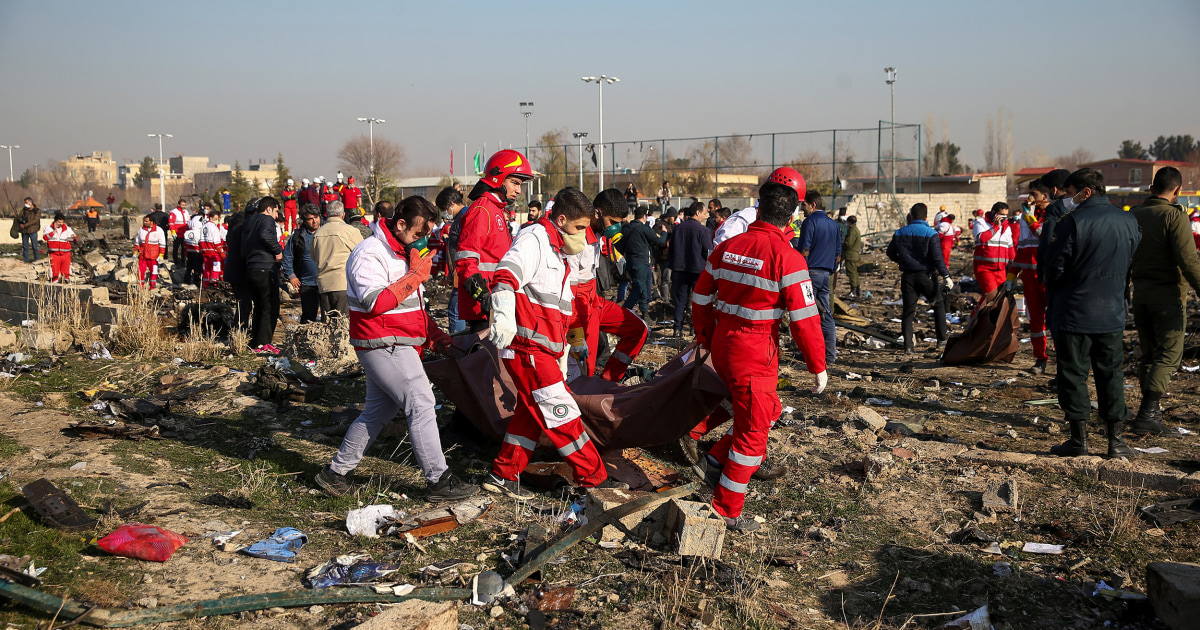 Asked what he thought brought down the jet, President Donald Trump said he had suspicions. "Somebody could've made a mistake on the other side," he said.

An initial Iranian report released Thursday suggested a sudden emergency struck the Boeing 737 before it went down just moments after taking off from Imam Khomeini International Airport in Tehran. The report said the crew of the jetliner never made a radio call for help and were trying to turn back for the airport when the plane went down.

Investigators from Iran's Civil Aviation Organization have offered no immediate explanation for the disaster.
Click to expand...

Terrible, at least they admitted and the man responsible is jailed.

kind of hard to claim it was unintentionally, someone went at the airliner with the intent to pull the trigger.