News Trump supporters blow up a shofar to bring down the walls of the Supreme Court in an attempt to descend on D.C.

On Saturday morning, aggrieved Trump supporters are set to rally outside the Supreme Court, Congress, and the Department of Justice’s headquarters. Their plan: to simultaneously march around and blow shofar horns in the hopes that the building’s walls will collapse, just like the biblical walls of Jericho.

Taking tricks from the Old Testament is not the usual playbook for those engaged in piqued political fights. But desperate times call for desperate measures and there are few more desperate situations than the one Trump is facing as he seeks to reverse the results of the 2020 elections.
Click to expand...

The group planning to blow the shofar on Saturday call themselves Jericho March. And they say the walls they’re seeking to topple are metaphors for an election they claim was stolen from the president they support. Arina Grossu, a Jericho March co-founder and staffer at the conservative Family Research Council, claims she had a vision two days after Election Day that imagined Trump supporters protesting the election results by marching around buildings.

“I literally had a vision of people praying around state capitols for election integrity, transformation, and reform,” Grossu told The Daily Beast.

The Jericho rally is just one of three that are being planned for Saturday across the capital. And it will come almost a month after thousands of Trump supporters last protested Trump’s election defeat in Washington, D.C., on Nov. 12 at the “Million MAGA March.” Organizers expect fewer people to show up this go around. Indeed, a permit application from Women for America First, the group that organized the November rally, noted that Saturday’s numbers weren’t expected to match the Nov. 14 march.
Click to expand...

After the horn-blowing and marching, the Jericho March will head to the National Mall, where they’ll hear from perennial Trumpworld characters like MyPillow founder Mike Lindell and former Trump National Security Adviser Michael Flynn.

A few blocks away, Women for America First has a permit for Washington’s Freedom Plaza, the same location where they organized the Nov. 14 March for Trump. The “1st Amendment Praetorians,” a new group that purports to protect conservative rally-goers from left-wing counter protesters, will be handling security at the event, according to a permit.

The dueling rallies may reflect a growing split in the post-election Trump “election fraud” movement. The Jericho March rally has partnered with Stop the Steal, an agglomeration of pro-Trump internet personalities who held rallies outside vote-tabulating locations in battleground states across the country. Stop the Steal activists initially attended the original Women for America First rally on Nov. 12. But later, organizer Ali Alexander and InfoWars conspiracy theorist Alex Jones accused Women for America First of “hijacking” their own rally plans.

A third rally is planned near the the Washington Monument, where MAGA personalities with names like “Token Black Guy” and pro-Trump drag queen “Lady MAGA USA” will rally for “election integrity,” according to a permit.
Click to expand...

The Proud Boys have announced plans to come back to Washington, D.C. So have the white nationalist “groypers,” a group of young men led by 2017 Charlottesville “Unite the Right” marcher Nick Fuentes.

On its website, Women for America First warned its members to avoid a “no-go zone” around the capital. Curiously, though, the supposedly dangerous area covered half of Washington’s downtown, including staid locations like the Mayflower Hotel and the National Geographic Museum.
Click to expand... 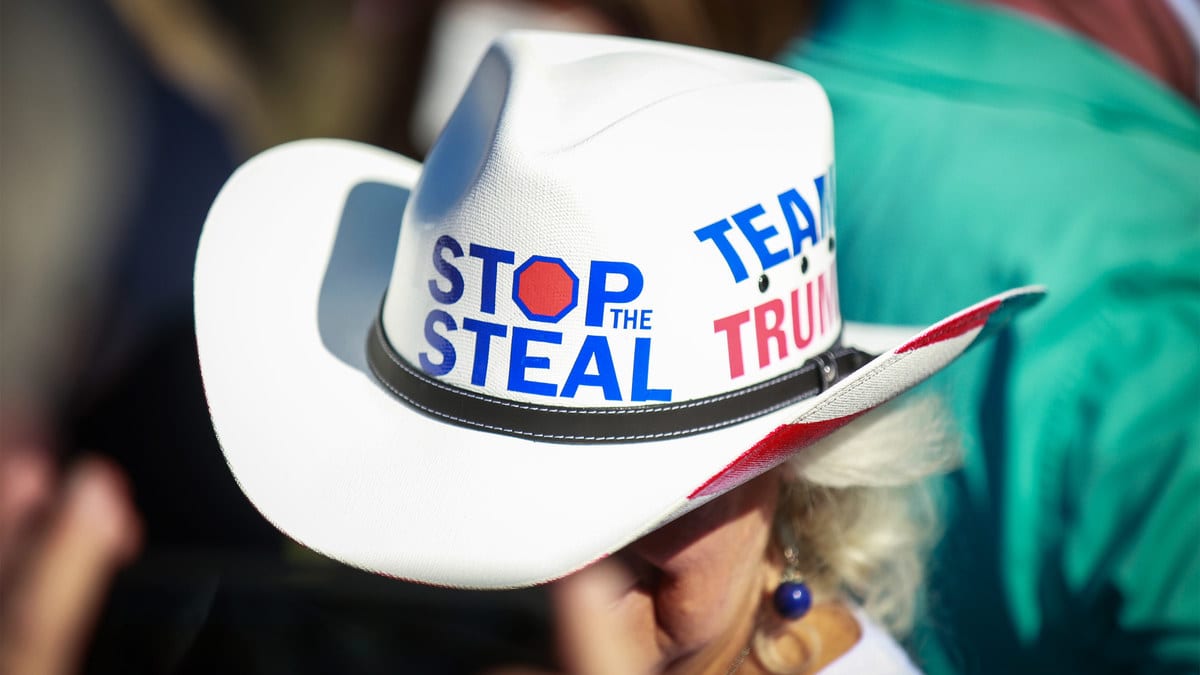 Protests, Marches and Some Serious Shofar Blowing: Trumpers Set to Descend on D.C. Yet Again

Another rally is going to take place at the nation’s capital to protest an election result that every court has upheld.
www.thedailybeast.com