The outbreak of the novel coronavirus has already majorly disrupted the 2020 election, leaving campaigns and election officials scrambling at the last minute to adapt.

As of Monday, five states and territories had postponed their Democratic presidential primaries.

Early Tuesday morning, the Ohio Supreme Court rejected a challenge to the state's Department of Health shutting down polling places as part of a public-health emergency over coronavirus in the state, allowing in-person voting in the primary to be postponed.

Amid the unprecedented national turmoil, a cratering stock market, and an at-times-disjointed response from the White House, some critics of President Donald Trump have wondered whether Trump might attempt to seize on the crisis by postponing or even canceling this year's general election.

Kurt Eichenwald, a New York Times best-selling author with almost half a million Twitter follows, called on Sen. Bernie Sanders of Vermont to drop out of the Democratic race so states could cancel their presidential primaries, writing on Twitter, "Trumps going to use this precedent to cancel election."

Trump cannot, however, unilaterally decide to cancel or postpone the November 3 general election by an executive order, under the parameters of a national emergency or disaster declaration, or even if he declared martial law.

Experts including the Democratic election lawyer Marc Elias and Josh Douglas, a professor of voting and election law at the University of Kentucky Law School, explained on Twitter that only an act of Congress could alter the federal statute to change the date that states appoint their electors.

As Douglas told Insider in a Monday interview, Congress passed the law standardizing the date of the nationwide presidential election to be the Tuesday after the first Monday in November back in 1845 and hadn't changed the date since.


The process by which states appoint those electors is laid out both in Article II of the US Constitution, which requires states to appoint a number of electors equal to the number of their representatives in the US House and Senate "in such Manner as the Legislature thereof may direct," and in Chapter 1 of Title 3 of the United States Code, which sets the timing of that appointment.

Notably, the federal law as written mandates that states appoint a number of electors equal to the number of congressional representatives on that date by some mechanism that the legislature agrees on. It does not, however, require that states even hold elections at all to determine how their electors will be allocated.

Indeed, Douglas told Insider that for much of America's early history, many states didn't hold presidential elections as we know them today. Instead, state legislatures both voted to appoint their electors and voted to instruct them how to cast their votes at the Electoral College as opposed to holding an election of the people.


Most states use a winner-take-all system, where the candidate who wins over 50% of the vote gets all of the state's electoral votes.

Maine and Nebraska, however, allocate two of their electoral votes based on the statewide results and the rest proportionally based on the vote share in the state's congressional districts.

And even in the far-fetched scenario in which the 2020 presidential election didn't happen, it wouldn't automatically extend Trump and Vice President Mike Pence's tenures.

The president and vice president's terms would still expire at noon on January 20, 2021, meaning control of the presidency would go down the line of succession to the speaker of the House (if House elections occurred) and then to the president pro tempore of the US Senate.

So far, it's unclear how long the coronavirus outbreak will last and to what extent it will disrupt voting in November's general election.

In postponing or seeking to delay their primary elections, state officials are arguing that holding elections during a pandemic violates the Centers for Disease Control and Prevention's guidelines, which advise against holding gatherings of 10 people or more and recommend that people stay 6 feet apart from one another — a difficult distance to maintain in a crowded voting line.

Officials have particularly raised concerns about the dangers going to vote poses to older Americans, who both turn out to vote and serve as volunteer poll workers in elections at much higher rates than the general population and are at especially high risk both to contracting and facing health complications from the novel coronavirus.

Douglas and other experts are advocating not only for states to postpone presidential primary elections if possible but for individual states to start acting now to expand early voting and vote-by-mail and implement no-excuse absentee voting, which so far exists in 34 states and Washington, DC, across the board in time for November.

While states do have a lot of leeway as to how they administer their elections, Congress can still pass laws requiring states to adopt certain election procedures and policies.

Already, Sen. Ron Wyden of Oregon has introduced federal legislation that would require all states to permit anyone either to vote by mail or to drop off a paper ballot at an election office and would extend $500 million in federal funding to help states give an envelope with a ballot with prepaid postage to anyone who wants it and prepare for voting by mail in time for November.

Douglas said that even though November may seem to be a long way off, state legislatures could keep their voters and poll workers safe if they started laying the groundwork and building the infrastructure for expanded absentee and vote-by-mail now.

"The election administrative difficulties are stark but doable if we act quickly and we act soon to start implementing those policies," Douglas said. "Is it possible? Yes. Do we have to act now? Yes. And the longer we wait to start influencing the policies as well as thinking about how you actually physically implement the system, the harder it is."
Click to expand... 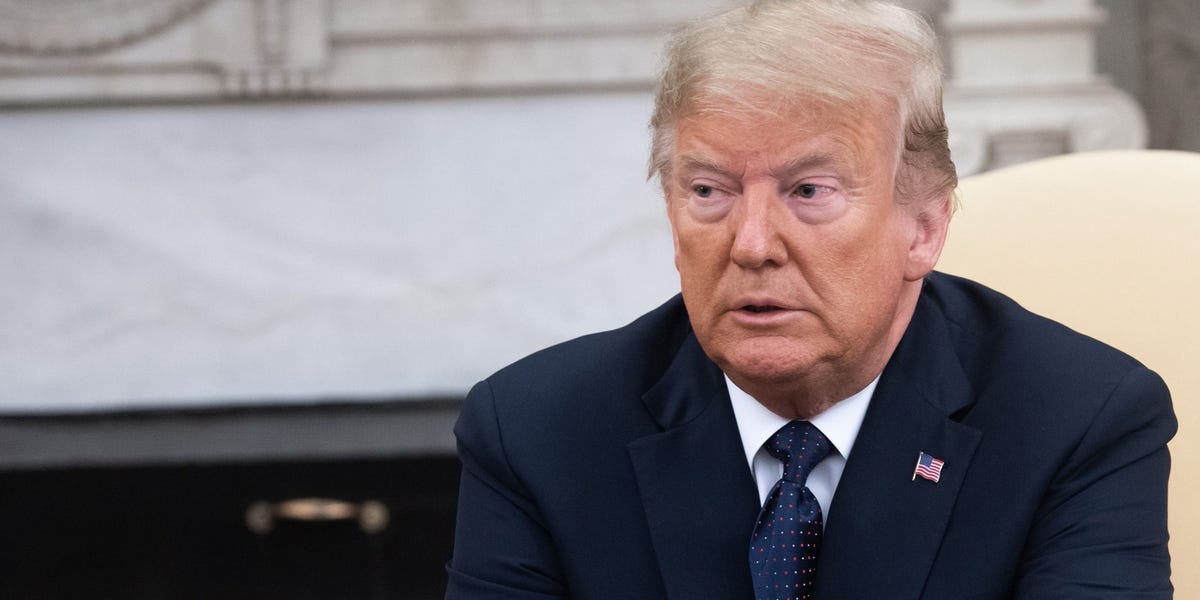 No, Trump can't cancel or delay the November general election over his COVID-19 diagnosis

Only Congress has the authority to change the date of the presidential election, which was set to take place in November by Congress in 1845.