Sony replaces PES 2019 with Detroit on PS Plus 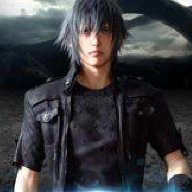 Eurogamer has made clarifications that Sony didn't remove PES 2019 from Konami, rather the change was just on PS Plus. While no explanations were given for this, many believed that this change might be as a result of Sony's marketing deal with PES rivals, FIFA, on soccer games. What do you think about such changes?

seems kind of odd to be sure, but whatever. Free games is always nice.

Demon_skeith said:
seems kind of odd to be sure, but whatever. Free games is always nice.
Click to expand...

It's been said that it is a marketing war anyways. I was not comfortable with such changes happening as it will make those that have PS plus and wants to play the game miss out on it.

Has there been updates on why they did this. Just curious..

dmoser620 said:
Has there been updates on why they did this. Just curious..
Click to expand...

Nope, most likely something behind doors that will remain as such.

Is the PlayStation 5 more powerful or the Xbox Series X?