Global lawsuits against China for “patent breaches” of the International Health Regulations over its handling of COVID-19 could run to at least £3.2 trillion from just the nations of the G7, according to a newly released report.

The report claims that the Chinese government’s early handling of the disease and failure to adequately report information to the WHO breached Articles Six and Seven of the International Health Regulations [IHRs], a Treaty to which China is a signatory and legally obliged to uphold. These breaches allowed the outbreak to rapidly spread outside Wuhan, its place of origin.

In particular, our research has discovered that the Chinese government: 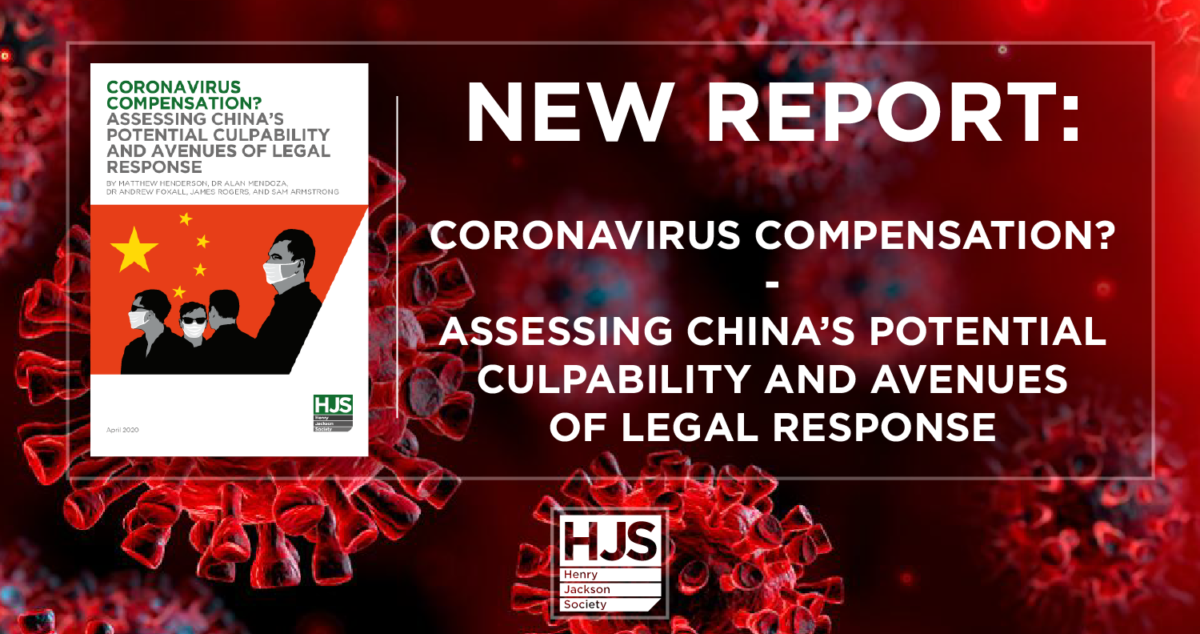 A case for compensation from China for its failures to uphold international law in its response to the Coronavirus outbreak.

In the Words of the Co-author

“The Chinese Communist Party has learnt no lessons from its failure in the SARS epidemic of 2002-3.Their repeated blunders, lies and disinformation, from the start of the COVID-19 epidemic, have already had far more deadly consequences.

This report apportions no blame to the people of China for what has happened. They are innocent victims, like the rest of us. This is the fault of the CCP.

How this will translate into practice, time will tell. By computing the cost of damage caused to advanced economies and assembling a series of possible legal processes to which the rules-based order can have recourse, we offer a sense of how the free world might seek recompense for the appalling harm the CCP has done.”

https://henryjacksonsociety.org/wp-content/uploads/2020/04/Coronavirus-Compensation.pdf
You must log in or register to reply here.

The Coronavirus Could Reshape Global Order
Mar 26, 2020 by Nat