First, the bad news: it ain't happening according to Evans.

And while a third film was once in talks, Gareth Evans recently explained on the Empire Spoiler Special Podcast why it’s unlikely to happen, despite the juicy storyline he has in mind for another sequel.

“I couldn’t see myself going back out to make ‘The Raid 3.’ My interests had moved on to other projects,” said Evans, who’s since directed the Netflix horror film “Apostle,” and created and directed episodes for the new British crime series “Gangs of London.” “You work with other people, you meet other people and want to work with them again, you want to try different things, you find a story that suddenly captures your attention and that’s the thing you want to do next. Things get offered to you that are hard to pass up on.”
Click to expand...

Second, here's what "The Raid 3" would have been:

“The story was going to go back in time to the moment in ‘The Raid 2’ when the Goto Gang, the Japanese gang, are having a meeting, and Goto tells his right-hand man to take care of it, wipe out every corrupt cop and politician that they have on the books and start fresh,” said Evans. “‘The Raid 3’ would begin with Rama coming out of that building after having killed everybody and saying ‘No, I’m done’. He walks away to [police officer] Bunawar, who’ll be waiting for him in his car, he gets in and drives away. And you stay with the Japanese gang, who are like, ‘What the fuck do we do now? Everyone’s dead, we’ve got no-one to kill.’ They get into their car, and as they’re driving along all of a sudden this other car rocks up alongside them and just blitzes them, and the cars crash. Goto, his son, and his right-hand man are the only remaining survivors from that attack, and it cuts to credits and says ‘The Raid 3.'”

Evans said that the film would then make another leap backward in time. “The idea was that the right-hand man, after being told to kill off all the politicians and cops and wipe the clean slate, would call back to Tokyo to the big huge boss, and be like, ‘Goto’s going fucking nuts. This is fucking crazy, what do I do?’ The call from HQ is, ‘Keep him still, keep him close, we’ll send people to take care of it, and if you do that for us, you can take over his turf.’ The attack goes wrong — it’s a kill squad from Japan who have turned up and taken out the Gotos. Goto has no idea that this right-hand man has betrayed him and set him up for the ambush.”
Click to expand... 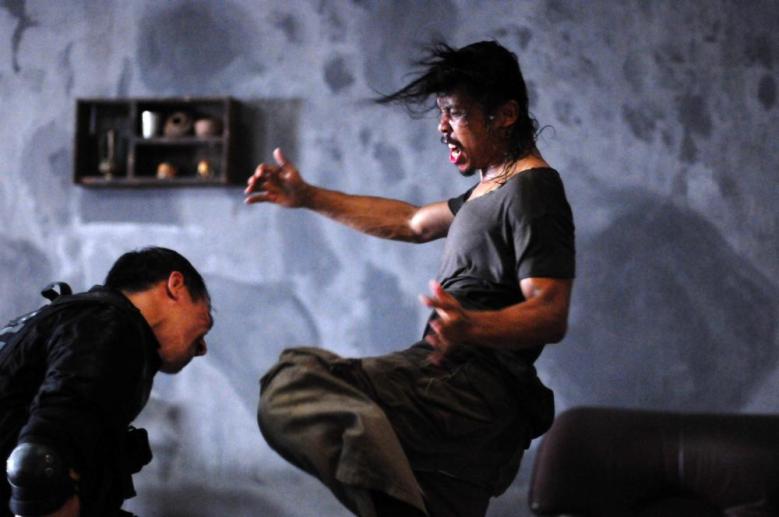 Evans has a clear vision for a third “Raid,” and though he says he’s moved on, the storyline is even more ambitious than the original films.

www.indiewire.com
You must log in or register to reply here.