I am an independent video game developer.

I am proficient in several languages of programming and working with Unreal Engine and graphic programs and 3D design and composing and writing.

All my efforts are to reach the peak of my talents in the form of computer games and to satisfy our dear gamers.


ZOONO is a computer game made using the UNREAL ENGINE.

In this game, the player, as a scientist who, after building a time machine, goes to the past to complete a mission, must return to his time machine and return to the present.

This game includes steps that require skill and thinking.

The stages of the game are so diverse and attractive that each challenge is considered a new game.

ZOONO is designed to keep the player excited and fresh until the end of the game and is always waiting for a new event.

Tips that make ZOONO attractive and unique are:
​ 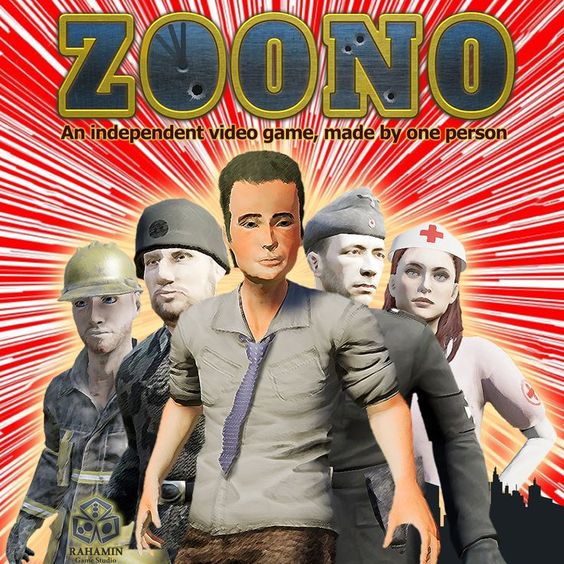 - The game runs in completely attractive and different places. In a way, each stage seems to be a new game.

- The player can not enter the battle directly. But to overcome obstacles, he has a variety of modern tools and equipment and is able to indirectly destroy his enemies.

- In addition to mastering the game, the player needs to think and solve problems to pass the stages and solve puzzles.

- The game takes place during World War II. But the player goes to that time from the future and with advanced technology.

- The graphics and special effects of the game are very attractive, diverse, and pristine.


A side-scroller (Platformer) game that takes you back to World War II.

But not to fight.

To find a way back home.

Breathtaking challenges await you, along with a variety of graphics and environments. 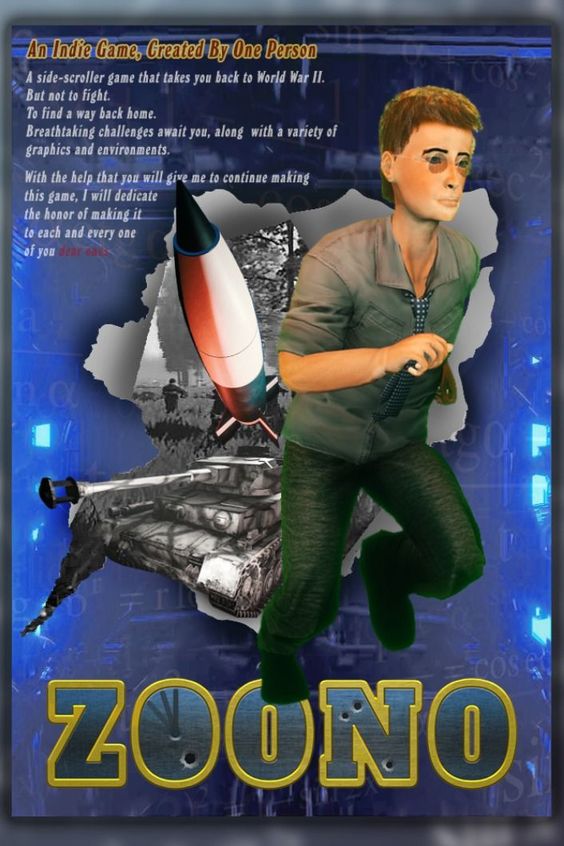 The game is designed and programmed by one person. Someone who has worked in the fields of programming, graphics, animation, 3D design, material making, music, decoration, storytelling, and film editing for many years. And now he has been preparing this game for about two years alone, and to date, about seventy percent of the game has been completed.

The game is indeed produced by one person. But I am a professional in all areas related to the production of a computer game, and I have years of experience in every part that is needed to produce such a project. To produce this game, so far there has been no challenge that I can not solve.

Although I love programming and I have done most of the work related to the preparation and editing of the game myself and I have done my best to provide the best results, but I need financial resources to complete the project and during these two years all my savings I spent on preparing this game.

Producing a computer game is very similar to producing a movie. And the difference is that instead of choosing actors who are each professional in their roles, the 3D designer has to create the actors, and the programmer has to give them life, which makes the job even harder than producing a movie.
Last edited: Jan 17, 2022

Great looking game. I’ve moved this post from the other thread into its own thread! Look forward to hearing more about this game. Keep us updated via this thread!

Thank you very much.

This is a really interesting game. Is this available to play?

Nightrider said:
This is a really interesting game. Is this available to play?
Click to expand...

Thank you for your attention.
ZOONO game will be released around October 2022.
Last edited: Jan 19, 2022
You must log in or register to reply here.