Snyder has discussed his storyboarding process previously, but in his live commentary we got an actual look at just how meticulous that process is. The filmmaker storyboarded every frame of the film, and gave viewers a look at some of his pages, which he’s collected across four volumes. Snyder told viewers that he’s “not a big fan of the shot list” and that when shooting he encourages the crew to look at the storyboards rather than the script because that is the most current vision he has of the film.
Click to expand...

Beginning with the Day of the Dead sequence, Superman is viewed through the lens of religious iconography. “The more he saves people, the more miraculous things he does, the more these religious connotations are placed upon him,” Snyder said. Religious imagery is in our “collective psyche” from Christ to Atlas, and it was this artwork that inspired the Superman rescue montage. Snyder said later that while the film is not exclusively Christian in its imagery or messaging, he is attracted the Campbellian quality of it all, referring to famed comparative mythology professor Joseph Campbell.

On the nature of Superman’s godhood, Snyder said, “The lines could get blurred for normal humans. This guy floating in the sky, how do you not rely on him to solve all the world’s problems? But that’s not what he wants. He’s just a kid from Kansas trying to do the right thing.”
Click to expand...

One of the most talked about sequences in Batman v Superman since the film’s release is the "Knightmare Sequence" that sees Batman in a post-apocalyptic future. Snyder discussed his thought process behind the scenes and how it would have tied into Justice League. Snyder said the sequence is a byproduct of the Flash (Ezra Miller) using the cosmic treadmill and creating a rift in time. There was going to be scene in a later film in which we would have seen Bruce Wayne and Cyborg deliberating on what point to send the Flash back to so that he can prevent Lois’ death. Snyder revealed that it is Lois Lane’s death that leaves Superman open to being infected by Darkseid’s Anti-Life Equation, and the incident that would have led to the Knightmare future the Justice League would have attempted to avoid.
Click to expand...

Batman’s loss of his moral compass drives his actions in the film, and his strict morality only works if he forces it to, Snyder said speaking on Batman’s position as a killer. He’s become as bad as the bad guys in Gotham. The Martha moment, like fans of the film have been saying for the past four years, is Bruce’s opportunity to reconnect with his own humanity and the humanity of Superman. Batman doesn’t end the fight because their mothers have the same name, but because he recognizes Superman as someone with a mother, and thus a human, despite his alien origins. The battle against Superman is ultimately Bruce’s realization that he can be better and reconnect with humanity again. It’s not a redemption, or a full change, as he does kill mercenaries at the warehouse in the following scene, but it is a start.
Click to expand... 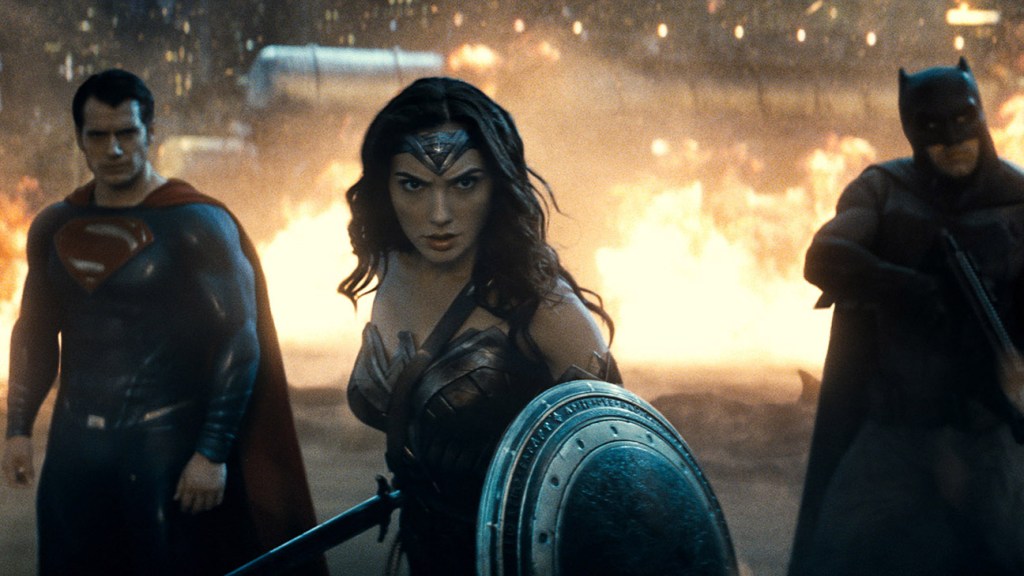