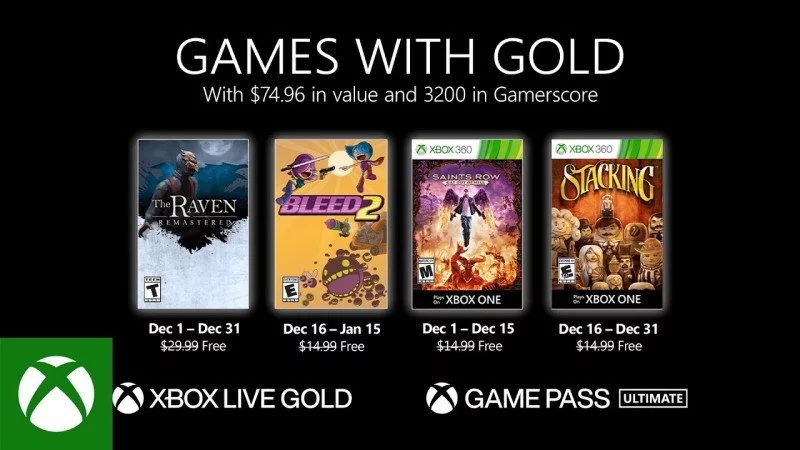 Those who are subscribed to Xbox Live Gold or Xbox Game Pass Ultimate will be able to claim the below titles for free throughout December 2020.

Note that original Xbox, Xbox 360 and Xbox One titles available as part of the program are backwards compatible (or delivered through Smart Delivery) on Xbox Series X and Series S.

There's still time to grab a couple of November’s Xbox Games with Gold free titles if you're quick.

What do you make of December's free titles?

Meh. I will redeem them, but nothing of interest for me really.
You must log in or register to reply here.