The White House suggests avoiding grocery stores and public places over the next few weeks, as the COVID-19 battle escalates
If there is one thing we have learned from the COVID-19 pandemic currently ravaging planet earth, is that the rules are constantly changing. This is not only due to the fact that we are learning more about the highly infectious disease daily, but also that our position on “the curve” continues to change. Over the weekend, the White House coronavirus task force warned that the next few weeks are going to be a huge battle and that we should expect many casualties. And, because of that, they are suggesting that Americans should stay home altogether, not even leaving the house to stock up on groceries.

“This is the moment to not be going to the grocery store, not going to the pharmacy, but doing everything you can to keep your family and your friends safe,” she stated.

Of course, this is easier said than done. A call to “avoid grocery stores” assumes that people already stocked up before this news broke, assumes that people could afford to buy that much at one time, and assumes that everyone can afford food delivery services like Instacart. But if you have the means to stay home and acquire food a different way, it’s important to do your part to flatten the curve.

“This will be probably the toughest week between this week and next week, and there will be a lot of death, unfortunately, but a lot less death than if this wasn’t done but there will be death,” he said during the press conference.

During an interview with Fox News Sunday (via USA Today) host Chris Wallace, Surgeon General Jerome Adams also warned of the critical few weeks ahead, likening them to some of the most devastating events in our country’s history.

However, he stressed that the government and the American people still have the “power to change the trajectory of this epidemic” and that if Americans strictly practice social distancing, it can make a huge difference.

“I want Americans to understand that, as hard as this week is going to be, there is a light at the end of the tunnel if everyone does their part for the next 30 days,” he continued.
Click to expand... 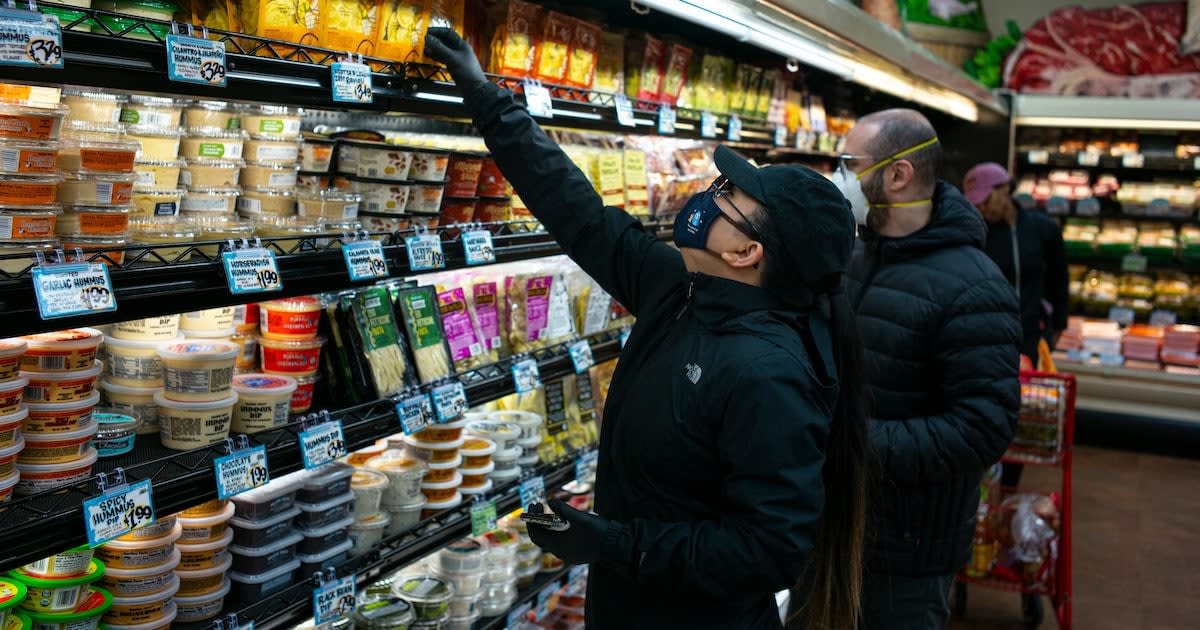 The White House suggests avoiding grocery stores and public places over the next few weeks, as the COVID-19 battle escalates If there is one thing we have learned from the COVID-19 pandemic currently ravaging planet earth, is that the rules are constantly changing. This is not only due to the...

www.yahoo.com
You must log in or register to reply here.

CNN: It may be time for grocery stores to ban customers from coming inside, experts say
Apr 19, 2020 by Ana

Trump hunkers down at the White House and avoids talk of future
Dec 21, 2020 by genjiZERO