What's your favorite game to mod? 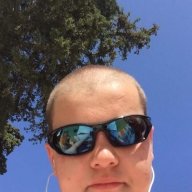 Do you like to play video games for the primary purpose of modding? Why not, or why? If so, which video games are your favorite to modify? 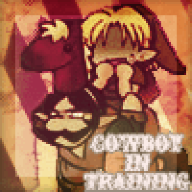 I am too much of a wuss to mod different games but I love the results people posts of their GTA San Andreas, Skyrim and Breath of the Wild mods. I think they are pretty hilarious and creative. Also if I can be honest, I play mostly on my console.

As for me, one of the few games I've ever tried to mod is the sims 3. Then again talking with a friend he was pretty much saying downloading some mods to optimize the game in order to make it more stable, better organize resources and minimize the possibility of glitches (like resetting sims in case they have been stuck, turning off music from lots we're not visiting, etc) are a must if you have the game installed. That said, people have mods to add more actions to the sims, more flexibility creating them, etc. It is an interesting dive if you are interested in The Sims franchise.

The other one was Brawl, through homebrew. It was mostly to add different skins and scenarios for the game. It was pretty fun. Some remodelling was pretty impressive at the time. And having Mexican pop characters in the Smash games was pretty hilarious. Too bad I no longer have the instructions, files and assets to do replicate it.

For me, on my PC games It's a great laugh to get in there and mod my games to my hearts content. I've had stupid cars in GTA, stunt ramps in the sky and all that kind of stuff. The best one for me though has been modding Skyrim just because it really adds to the experience by having a massive charizard floating over me in the sky as opposed to a normal dragon. All adds to the experience and that's what it's about for me. What about you? Do you mod your games? What's your fave game and why do you like modding it?

I think for me strategy game like say Age of Empire would be a good option. I like to see mods of the strategy games. It can be fun to play out something harder in it.

Valve believes Half-Life: Alyx will be modded to play without VR

What is your favorite Resident Evil mod?