What should be Nintendo’s strategy for the Switch Pro? 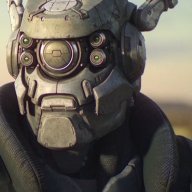 We all know the Switch Lite is coming out the 20th September at very competitive price of 200$. In order to be aggressive, Nintendo had to remove the Dock, the TV connection and the HD rumbles.

This Switch Lite is clearly targeting a younger market or people not ready to pay 300$ for a Switch. But what about the core audience ?

If we look at the reactions to the Switch Lite, it doesn’t seem core gamers were enthused by the announcement. So what Nintendo should do with the inevitable Pro or Enhanced Switch model ?

Personally I think Nintendo should go for a robust mid-gen revison. Something close to the Pro or even Xbox One strategies. I want a Switch much more powerful, with a larger screen 1080p screen and Checkerboard rendering 4K support. I would not mind paying 350$ for a powerful system ( I expect 300$ anyway ).

I think Nimtendo should release that powerful Switch alongside Breath of the Wild 2 and the PS5/Next Xbox.

What do you think ?

I think we are going to find out the takers for the price and also based on the available games we will see where it goes. I don't have much hopes from it though now that we have tablets and mobile.

Anyone else holding out for a "Switch Pro?"

PS4 Slim or PS4 Pro? Which should I get?