Resident Evil 3 Remake frame rate comparison comparing the framerate/fps on PS4 vs PS4 Pro vs Xbox One X vs Xbox One.

The versions tested were 1.03 on the Playstation 4 systems and 1.0.0.4 on the Xbox One systems. Review Codes were supplied by the publisher.

PS4 Pro renders at a resolution of 2880x1620 and downsamples from this resolution when outputting at 1080p with forced supersampling disabled.

Xbox One normally renders at a resolution of approximately 1920x1080, but at some points during cutscenes it seems to render at lower resolutions such as 1728x972 and 1632x918.

PS4 Pro, Xbox One and Xbox One X seem to be using a form of Checkerboard Rendering to reach their stated resolutions.
Click to expand... 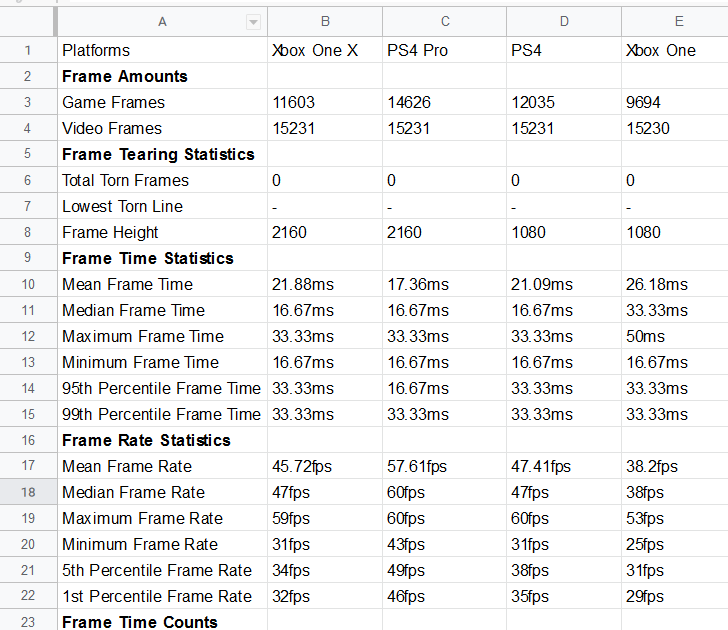 VG Tech: Call of Duty Modern Warfare 2 Remastered Xbox One X vs Xbox One Frame Rate Comparison
May 1, 2020 by Tek