Valorant is a 5v5 character-based tactical shooter from Riot Games, the developers behind League of Legends. Those who have played Counter-Strike will be intimately familiar with the gunplay and style of this game. Matches are round based with everyone only having one life per round. Between rounds you will be able to buy weapons, armor, and abilities with money you’ve earned from kills and objective play.

Each Agent will have 4 abilities with two of them needing to be bought. Unlike other character shooters, gunplay is at the heart of this game. Abilities take time to cast and with the fast TTK, misplays will cost you. You need to be smart when using your abilities.

How much does Valorant cost?

Valorant will be completely free to play at release. There will be microtransactions where players can buy Valorant points to purchase cosmetic items.

Valorant points will be available to purchase during this closed beta. You will get all these points back come launch with a bonus 20% as a thank you. So if you purchase 10,000 points during this beta, you’ll get an extra 2000 at release.

What are the technical features?

Riot is putting a lot of work into the technical side of the game. This includes having 128 tick servers, at least 30 FPS on even decade old hardware, a robust netcode, and global datacenters aimed at giving players in major cities under 35ms latency.

Riot has also committed to an aggressive anti-cheat system. The game will have an in-engine “fog of war” to prevent wallhacks, server-side game settings so players cannot enable things like speed hacks client side, and two types of cheater detection. Matches where a cheater is detected will automatically end with no penalty to the other players.

What specs do I need to run Valorant?

What are the supported regions?

The closed beta will support US, Canada, Europe, Turkey, Russia, and CIS countries.

How do I get into the closed beta?

To get into the closed beta, follow these steps:

Drops will be available April 3 and then again beginning April 7. There will be no drops April 4-6.

List of streamers who will have drops enabled on Friday. Streams start at 10 am PST. These will be prerecorded streams.

You can also register for beta access here, and hopefully be selected to participate. Riot has said they want to get in as many people as the servers will allow.

How long will the closed beta last?

Riot has not given a specific date on when the closed beta will end but they have said they want to keep it short.

Will consoles get a closed beta?

Riot has not said what their beta plans are for consoles. It is also currently unknown if Valorant will launch on consoles. 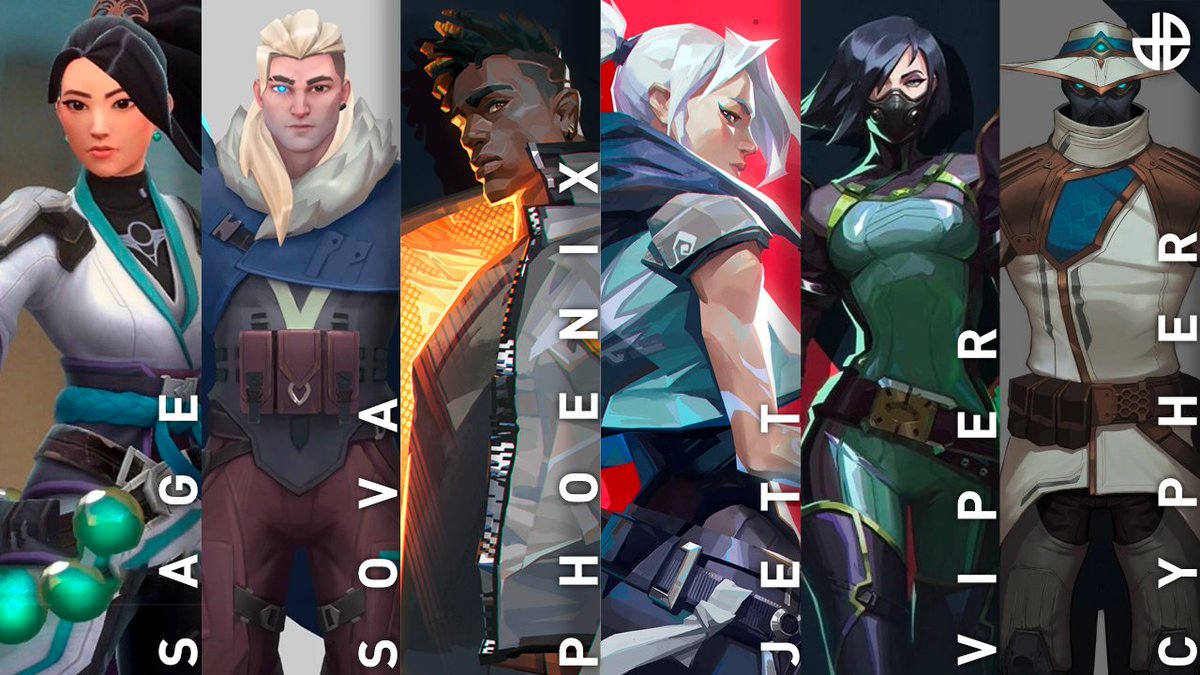 Sage creates safety for herself and her team wherever she goes. Able to revive fallen friends and stave off forceful assaults, she provides a calm center to a hellish battlefield.

Slow Orb - Cast out a radianite orb that breaks into a slowing field upon impact with the ground. All caught in the field are slowed, grounded, and make noise when moving.

Signature Ability: Healing Orb - Heal an ally or yourself to full health over a few seconds.

Ultimate: Resurrection- Target a friendly corpse. After a short delay, revive them with full health.

Sova tracks, finds, and eliminates enemies with ruthless efficiency and precision. His custom bow and incredible scouting abilities ensure that even if you run, you cannot hide.

Shock Bolt - Fire an explosive bolt that emits a damaging pulse of static energy upon impact.

Owl Drone - Deploy a pilotable drone that can fire a dart that will Reveal enemies who are hit.

Signature Ability: Recon Bolt - Fire a bolt that deploys a sonar emitter. The sonar pings tag nearby enemies, causing them to be revealed. Can be destroyed.

Ultimate: Hunter’s Fury - Fire up to three deadly energy blasts that spear across the entire map. Each hit enemy takes heavy damage and is marked.

Phoenix’s star power shines through in his fighting style, igniting the battlefield with flash and flare. Whether he’s got backup or not, he’s rushing in to fight on his own terms.

Hot Hands - Throw a fireball that explodes after a delay or upon impact with the ground. The fire zone damages enemies and heals you.

Blaze - Cast out a flame wall that blocks vision and damages anyone passing through it. You can bend the wall when casting by turning while holding left click.

Signature Ability: Curveball- Cast a curving flare that bursts into brilliant light after a brief delay, temporarily blinding all looking at it. Left click curves it left, right click curves it right.

Jett’s agile and evasive fighting style lets her take risks no one else can. She runs circles around every skirmish, cutting enemies up before they even know what hit them.

Cloudburst - Throw out a cloud of fog that obscures vision on impact. Hold down the ability button to bend the cloud’s in-flight trajectory.

Updraft - After a brief wind up, propel yourself upwards.

Viper deploys an array of poisonous chemical devices to control the battlefield and cripple the enemy’s vision. If the toxins don’t kill her prey, her mind games surely will.

Snakebite - Fire a projectile that explodes into a pool of damaging acid.

Poison Cloud - Throw a gas emitter that you can reactivate to create a poisonous smoke cloud at the cost of fuel. The emitter can be picked up and thrown again after a short cooldown.

Signature Ability: Toxic Screen - Deploy a long line of gas emitters that you can reactivate to create a tall wall of toxic gas at the cost of fuel.

Cypher is a one-man surveillance network who keeps tabs on the enemy’s every move. No secret is safe. No maneuver goes unseen. Cypher is always watching.

Trapwire - Place a stealthed tripwire between two walls. Triggering enemies are restrained and revealed for a short time. If the trap is not destroyed, it activates to daze the trapped victim. Can be picked up.

Cyber Cage - Toss out a remote activation trap. Reactivate to create a cage that slows enemies who pass through it. Look at a trap and press USE to detonate it, or hold ACTIVATE to detonate all.

Signature Ability: Spycam - Place a remote camera. After placing, reactivate to view the video feed. Left click while in camera to fire a tracking dart. Recharges when picked up or killed.

Ultimate: Neural Theft- Extract information from the corpse of an enemy, revealing the location of their living allies.

Brimstone’s orbital arsenal ensures his squad always has the advantage. His ability to deliver utility precisely and safely make him the unmatched boots-on-the-ground commander.

Incindiary - Launch an incendiary grenade that deploys a damaging field of fire.

Stim Beacon - Target a nearby location to call in a Stim Beacon, giving all players near it Rapidfire.

Signature Ability: Sky Smoke - Use your map to call in orbital deployment smokescreens that obscure vision. Click to set the locations, and confirm to launch.

Ultimate: Orbital Strike - Use your map to target a location, launching a devastating orbital strike that pulses for high damage over several seconds.

Omen hunts in the shadows. He renders enemies blind, teleports across the field, then lets paranoia take hold as foes scramble to uncover where it might strike next.

Paranoia - Send out an Ethereal shadow in a straight line, Nearsighting anyone it touches.

Shadow Walk - After a delay, dematerialize and teleport a short distance.

Signature Ability: Dark Cover - Cast out a stealthed ethereal orb that bursts into an obscuring sphere of shadow at its final location. Can be charged to increase distance.

Ultimate: From the Shadows - Select anywhere on the map to teleport and reform. When arriving, appear as a Shade, that will go back to your original location if killed. Once the teleport is complete, become Incorporeal for a short time.
Click to expand... 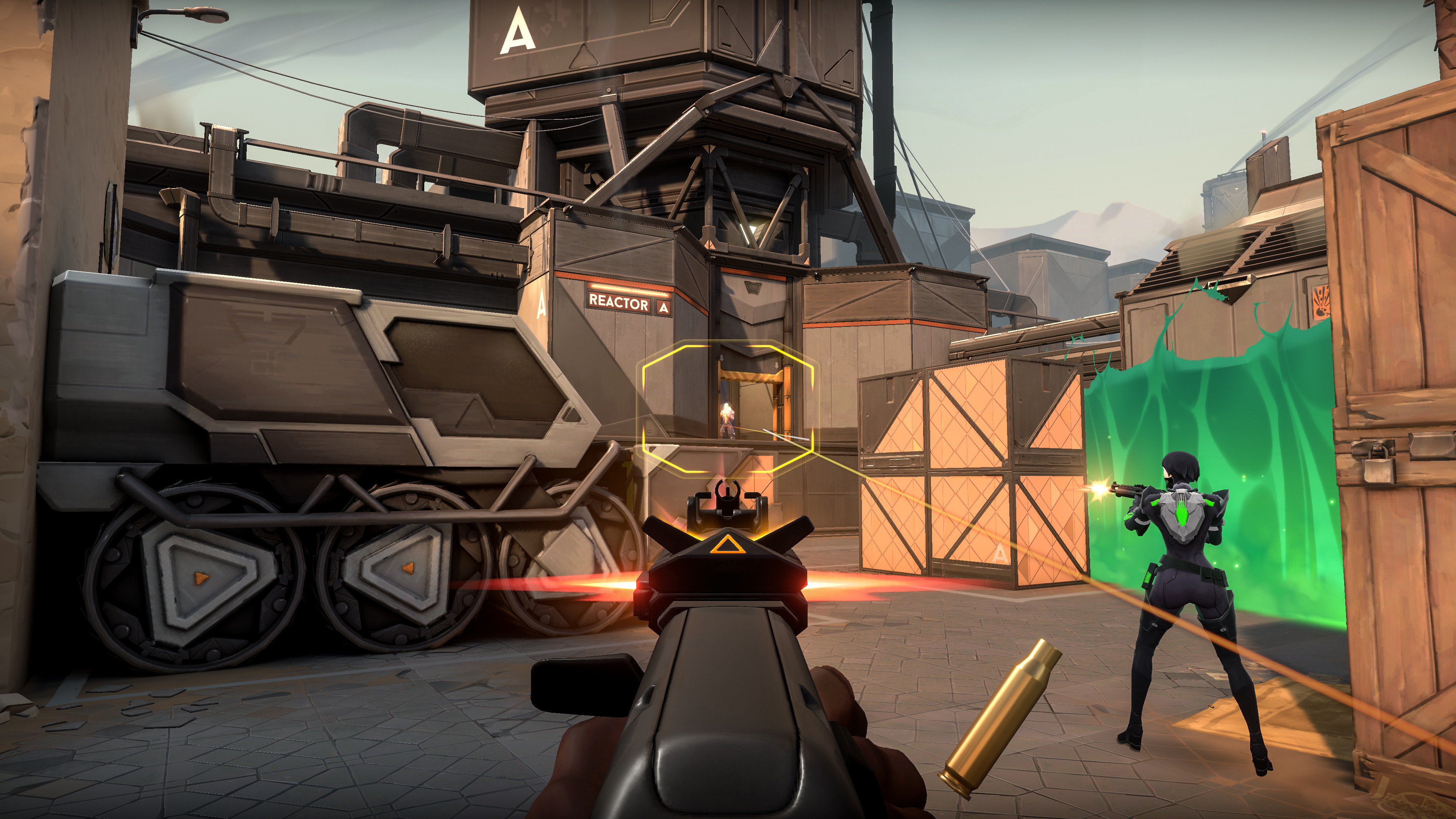 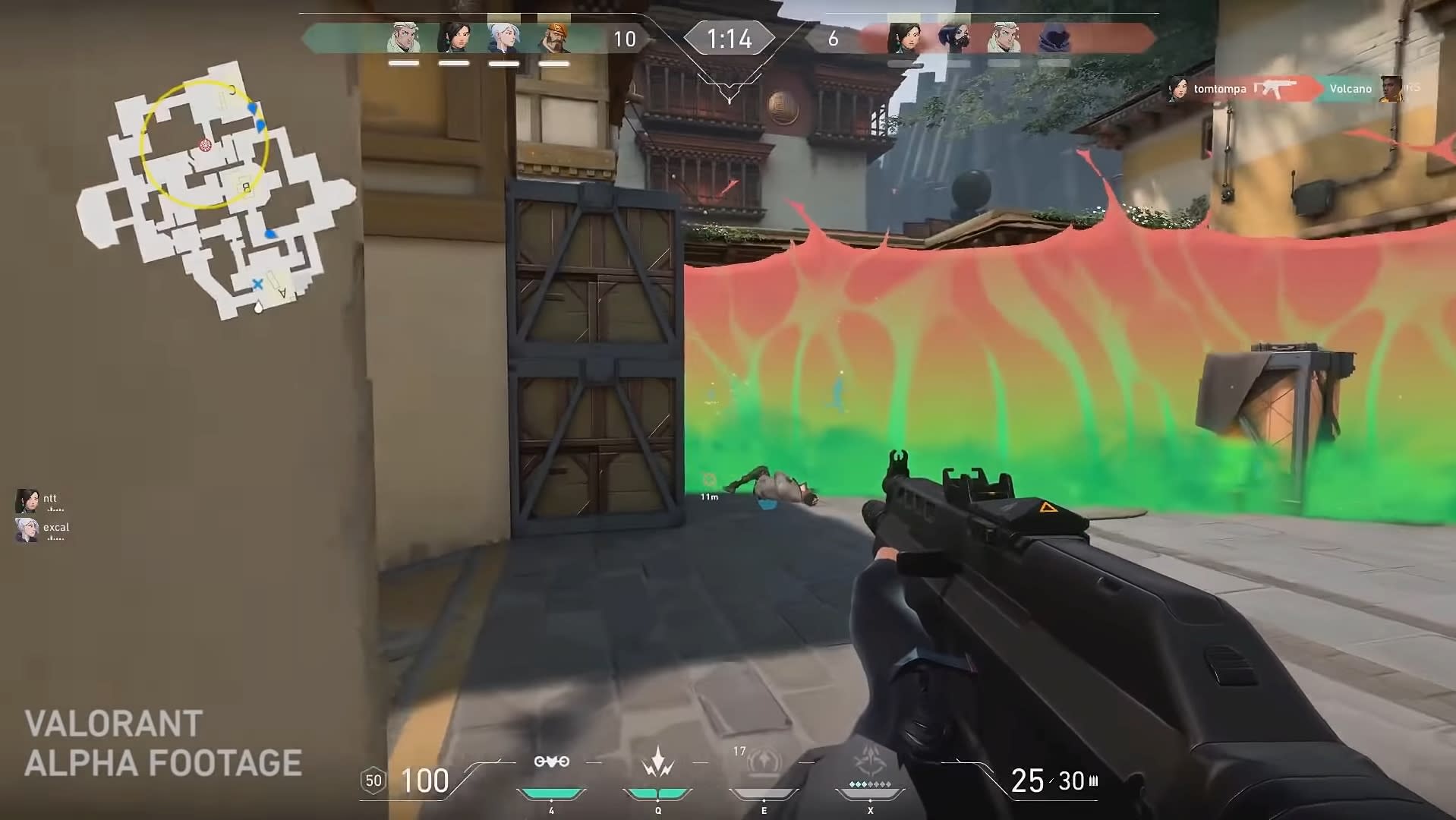 News 4 Ways to Improve Your Abilities as a Gamer