Uncharted: The Lost Legacy - Anyone else disappointed? 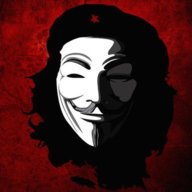 I am a big Uncharted fan. I've played the trilogy and UC4 and only now had I had the chance to finish Lost Legacy (life and work has kept me tad busy so I couldn't finish it). When I finished UC4 I was feeling overwhelmed. I felt like I was in an adventure movie and rode along through it. How they brothers got back together when was presumed deadand the next treasure hunt.. the storyboard and the gameplay was jsut well put. So of course, I expected the same with Lost Legacy sicne it was initially meant to be a DLC of UC4 but "the DLC got too big to be a DLC so became an installment of the game".
Comparing Lost Legacy to the previous uncharted series' just does it no good. The story of two women struggling with each other throughout the entire game with attitude issues .. I honestly felt like almost felt like this game was made by a feminist with men issues. I didn't feel connected to the characters at all, unlike how I felt connected with Nathan, being a part of his journey. Don't misunderstand me, I have nothing against female main characters, I even play as Kissandra in Assasins Creed Odyssey. I also loved playing Horizon Zero Dawn and the main character was Alloy, a young girl.

I'm just disappointed with the storyboard and the gameplay is all.

Interview with Ian Cofino one of the developers of Dreamscaper.