U.S. is now reporting 20,000 coronavirus deaths, more than any other country

(CNN)More than 20,000 people have died from the coronavirus in the United States, which now has more reported deaths than any country in the world, according to a tally from Johns Hopkins University.

The US death toll on Saturday surpassed that of Italy, which is reporting 19,468 deaths, per Johns Hopkins.

At least 2,074 deaths were reported in the US on Friday, the largest increase in coronavirus fatalities the country has seen since the beginning of the outbreak. At least 519,453 people have tested positive for the virus, according to Johns Hopkins.

Of the deaths reported Friday, 783 occurred in New York state, bringing the statewide death toll to 8,627, Gov. Andrew Cuomo said Saturday. That was a slight drop from the state's all-time high in single-day fatalities, which occurred Wednesday with 799 deaths. There were 777 deaths Thursday.

Deciding when to re-open the US

In New York City, Mayor Bill de Blasio announced Saturday that schools there would remain closed through the end of the school year while students continued to receive remote instruction.

But that was soon undercut by Gov. Cuomo, who said that "no decision" had been made on closing schools through the end of the year, adding he valued the mayor's "opinion."

Risk of rebound in cases in July

Hospitalizations in Connecticut are dropping. Arkansas also saw the lowest number of hospitalizations compared to neighboring states. The number of affected people in Ohio is lower than previously projected. And in California, hospitals saw a nearly 2% drop in ICU patients.

In New Jersey cases climbed to 58,151, Gov. Phil Murphy said Saturday. But while that number is "scary," the state is "beginning to beat this virus back," he said.

Government projections obtained by The New York Times show coronavirus infections and deaths could dramatically increase if social distancing and other measures were lifted after 30 days.

If stay-at-home orders were lifted after a month, the government report says, there would be a bump in the demand for ventilators and the US death toll could reach 200,000, the Times reported.
Click to expand... 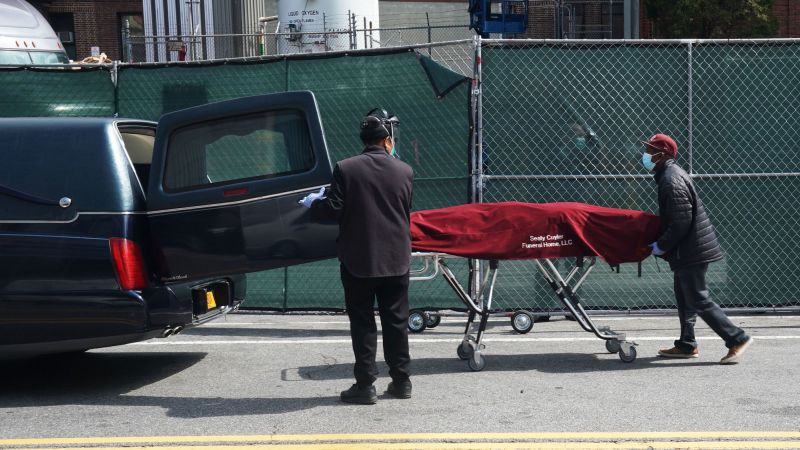 The United States is reporting 20,000 coronavirus deaths, more than any other country | CNN

More than 20,000 people have died from the coronavirus in the United States, which now has more reported deaths than any country in the world, according to a tally from Johns Hopkins University.

Hopefully that is our peak of the death toll, even the USA can't keep losing more people.
You must log in or register to reply here.

New York has the 'highest single increase' in deaths from coronavirus with 562 deaths in last 24 hour
Apr 3, 2020 jf_by Maddox

Trump: We have now tested more than 5 Million People. More than any other country in the world, even more than all major countries combined
Apr 26, 2020 jf_by Ana