U.S. economy lost 701,000 jobs in March before the coronavirus lockdown

The US labor market in March contracted for the first time since 2010 as the novel coronavirus forced a widespread US economic shutdown.

In its monthly report, the Bureau of Labor Statistics on Friday said the US lost 701,000 nonfarm payroll jobs last month. That marked a sharp decline from the revised number of job gains for February and was far deeper than the 100,000 job losses forecast by economists. It's also the first time since 2010 in which the report has shown jobs lost — ending a 113-month streak of job creation. 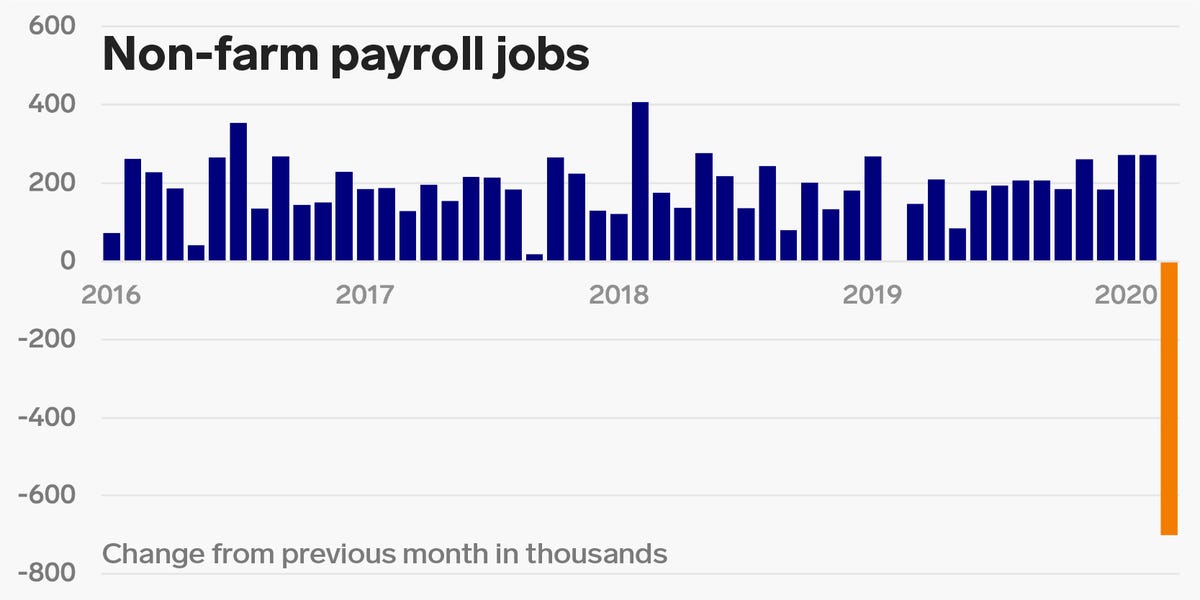 The US economy lost 701,000 jobs in March even before the coronavirus shutdown spurred historic unemployment

The weak March number doesn't even come close to fully reflecting the impact of the novel coronavirus.

U.S. wasted months before preparing for the coronavirus pandemic
Apr 5, 2020 by Maddox