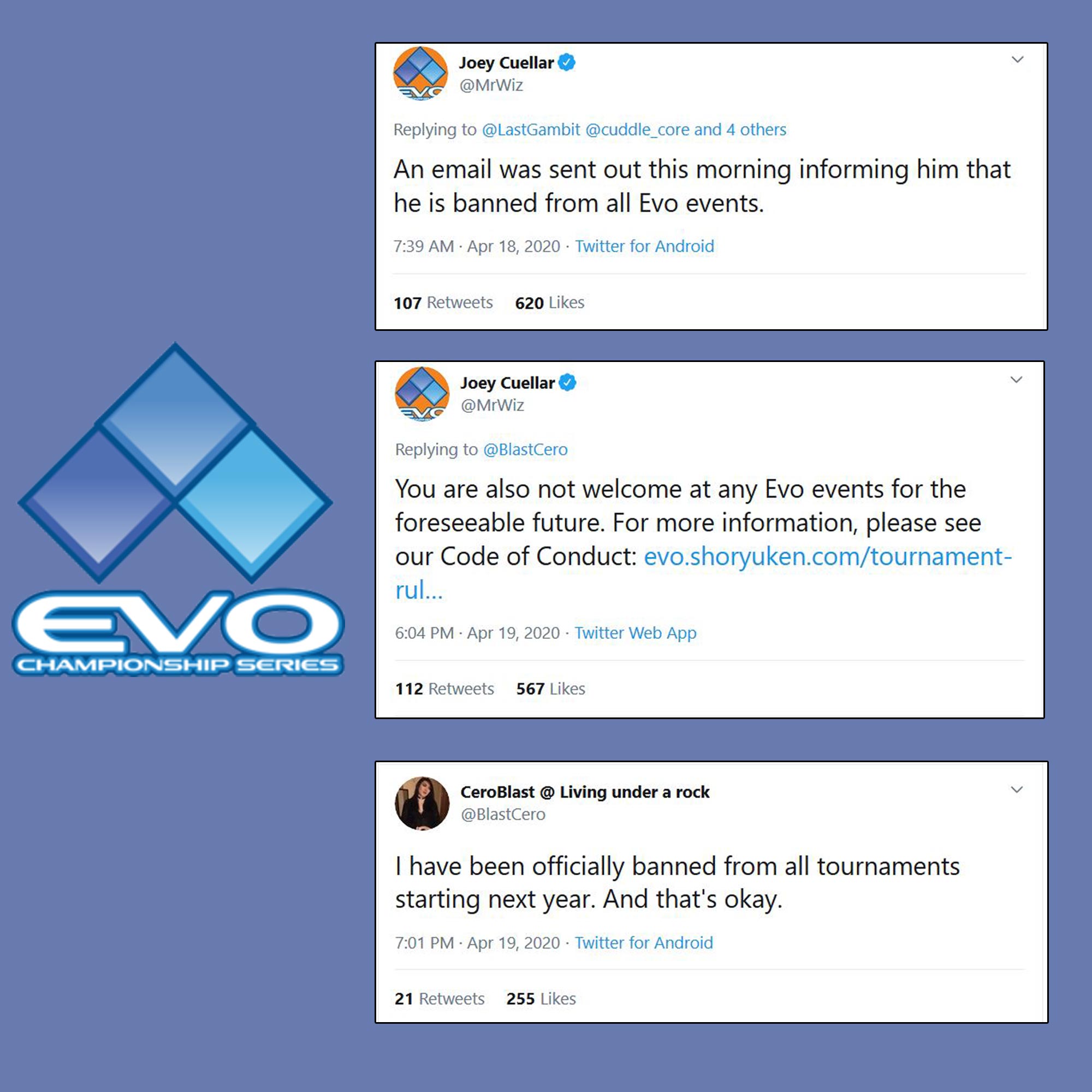 EVO organizer Joey "Mr. Wizard" Cuellar closed doors to all EVO events for two fighting game community members over the weekend after both posted hateful language on the internet.

Dalauan "LowTierGod" Sparrow and Joshua "CeroBlast" Tran received their respective bans on April 18 and April 19, the prior for transphobic speech and the latter for use of a racial slur.

The inciting incident occurred on April 15 during one of Sparrow's live stream sessions. Both players met in a Street Fighter 5 online bout that never concluded as Sparrow exited the match during the second round.

Upon leaving, a frustrated Sparrow ranted for roughly a minute and a half about Tran, who recently came out as a non-binary transexual person. Said rant, which was filled with homo and transphobic slurs and hateful comments, was clipped and shared multiple times on social media.

Tournament organizers for CEO and Combo Breaker, Alex Jebailey and Rick "TheHadou" Thiher, both issued Twitter statements banning Sparrow on April 16. Word eventually reached EVO staff and Cuellar informed the community via Twitter that Sparrow had been sent an email informing him that he had been banned from all EVO events.

Shortly after the news of LTG's ban was made public, followers of the situation began bringing up an unrelated social media interaction from back on March 23 between Tran and a player named BigNastyKail in which Tran used the N-word toward Kail.

Cuellar posted to Tran's Twitter on the evening of April 19 to tell her that she was "also not welcome at any EVO events for the foreseeable future." Other major tournament organizers followed in suit, and Tran announced soon thereafter that she had been "officially banned from all tournaments next year."

We've elected not to repost any of the hateful content, but you can view the ban tweets from the mentioned tournament organizers and Tran below:

EVO 2020 is currently still scheduled to take place at the Mandalay Bay in Las Vegas, July 31 - August 2.
Click to expand...

If trans people can say "kill all cishet men" and it is their freedom of speech. If the same is said against them then suddenly it becomes racial and transphobic? Funny. I guess world is going on reverse racial games and anti normal social rules now. Based on how things change after corona, this sort of communism mentality will pass as well.
You must log in or register to reply here.
Share:
Facebook Twitter Reddit Pinterest Tumblr WhatsApp Email Share Link