Twitch streamer Ludwig Ahgren sees only a fraction of $500,000 haul 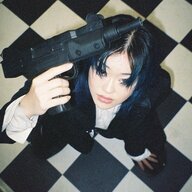 For the past week and a half, Twitch star Ludwig Ahgren has been on the clock. Whether asleep, awake, or drowsily somewhere between, Ahgren has kept his stream running to fulfill the terms of a “subathon” where every subscription adds ten seconds to a timer. So far, he’s pulled in nearly $500,000. He says, however, that when it’s all said and done, he’ll see only a fraction of that money.

When Ahgren began his subathon, he was already a very successful streamer with over 1.5 million followers. He faced criticism, then, for seemingly wanting to line his already-packed pockets with even more cash by employing a strategy that’s more common among smaller streamers. Since then, he’s walked a contradictory line, giving his marathon stream an event feel in an obvious attempt to garner attention (and subscriptions). But he’s also discouraged viewers from doing things like spending their stimulus checks on him—and even going so far as to outright ban people who gift too many subscriptions in his chat.

Yesterday, he broke down the money element of all this. During his stream, Ahgren pulled up a spreadsheet displaying his total subscription and donation-based earnings over 10 record-breaking days, in which he became the most-subscribed-to streamer on Twitch. The total, according to current estimations, is $471,756.

“However,” Ahgren began, “it’s not that easy. I don’t get to walk away with all this money because there [are] things in life that you have to pay. That is called taxes. But even before we get to taxes, we have to talk about my cut. Because Twitch takes away money, so this isn’t all mine. This is partly Twitch’s.”

Twitch’s cut comes out to a hair over 35% because Ahgren negotiated his current contract in 2020 before he rose to his current level of stardom. That already brings the avalanche of cash careening toward his bank account down to $304,260. That’s still an absurd amount of money! But then, Ahgren factored in a rough estimation of both federal and state taxes, which brought him down to $150,000.
Click to expand...

$10,000 or $15,000 is still—still—a lot of money, though maybe not worth 10 days of hundreds of thousands of eyeballs ceaselessly upon you. However, there are multiple things to keep in mind here: For one, the total amount of money will likely go up even more before the timer frees Ahgren from his Truman Show-like bubble. Currently, it’s at just under 30 hours, and viewers have not stopped subscribing. This also means that Ahgren, despite saying he wants people to chill with the subscriptions, has an incentive to reveal how little he personally stands to make. It provides dedicated fans with a concrete reason to give him more money.

But even if Ahgren only ends up with a small army of Benjamins to show for all of this, he thinks it will have been a good use of his time.

Attention, after all, is what will ultimately translate to more money and opportunities in the long run. Stunts are short-lived, even ones that last longer than any previous attempts of their nature. But making a splash so big that it draws the mainstream eye means pulling in all sorts of new viewers. That’s how Tyler “Ninja” Blevins got big, for example. His dalliance with the mainstream fed into years of deals and longevity despite how quickly the height of his relevance came and went.
Click to expand...

For the past week and a half, Twitch star Ludwig Ahgren has been on the clock. Whether asleep, awake, or drowsily somewhere between, Ahgren has kept his stream running to fulfill the terms of a “subathon” where every subscription adds ten seconds to a timer. So far, he’s pulled in nearly...

Yeah, people forget that the money these streamers make gets taxed and that the platforms take their cut, too. Still a decent chunk of change to make, but doing a never-ending stream just sounds a bit ridiculous, IMO. No doubt he'll be glad when it's all over.

Was Twitch right to pull down visuals of a streamer breastfeeding her baby?
2

Ohlana, Twitch streamer, passes away at 26 from suicide