Trump on Governors: "It’s a two-way street. They have to treat us well"

President Trump adjusted his strategy against the coronavirus on Monday, tweeting his desire for Americans to endanger themselves and others by going back to work far ahead of what has been recommended by public health officials. But on Tuesday the president made clear that there’s one thing he isn’t changing about his approach to the outbreak: blaming his administration’s incompetence on others, particularly New York Governor Andrew Cuomo.


During a Fox News town hall event in the White House Rose Garden, Trump ramped up his attacks on the governor, who has been a vocal critic of the federal government’s sluggish response to the outbreak. In doing so, Trump said the quiet part out loud about how he views his relationship with states. “It’s a two-way street,” he said. “They have to treat us well, also. They can’t say, oh, gee, we should get this, we should get that.”
Click to expand... 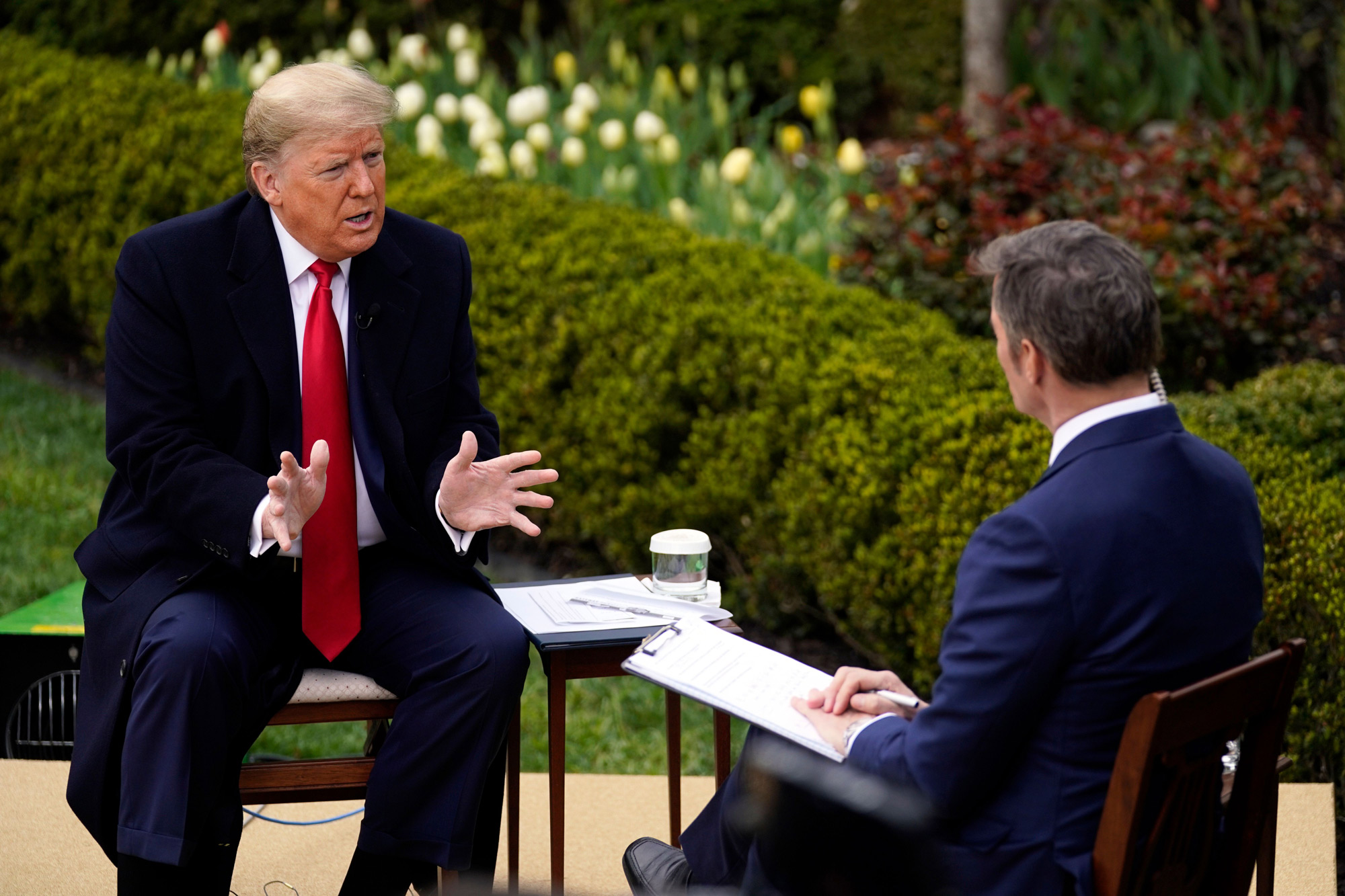 “But, you know, it’s a two-way street,” the president said of states desperate for equipment. “They have to treat us well, also.”

Rolling Stone: Why It’s Dangerous for Trump and Fox News to Prescribe Unproven Drugs to Treat Coronavirus
Mar 25, 2020 by Nat

Trump claims: "We can expect that be June 1, we will be well on our way to recovery...a lot of great things will be happening."
Mar 30, 2020 by Abizaga

The Nation: The Dismissal of Captain Crozier Is No Way to Treat a Hero
Apr 10, 2020 by Abizaga