American health officials are deeply concerned that the coronavirus outbreak that has overwhelmed New York City hospitals in recent days is just the first in a wave of local outbreaks likely to strike cities across the country in the coming weeks.

In an exclusive interview, Dr. Anne Schuchat, the principal deputy director of the Centers for Disease Control and Prevention (CDC), said her agency is seeing early signs that the number of cases in other cities are already beginning to spike. While New York City is home to almost half the cases in the country at the moment, other cities are seeing their case counts rising at alarming rates.

“We're looking at our flu syndromic data, our respiratory illness that presents at emergency departments. Across the country there's a number of areas that are escalating. The numbers in New York are so large that they show up, but we're looking at increases over time and we're really seeing some in a number of places. It would be surprising to me based on what I've seen about how this virus spreads if it were not going to increase in many other parts of the country,” Schuchat said.

The CDC has deployed about 1,500 of its epidemiologists, scientists and experts to hot spots around the country, including the New York City area and Seattle, where the first American cases of the coronavirus emerged in January and early February. Now, Schuchat said, the CDC has dispatched teams to Louisiana, Wisconsin and Colorado, among others.

Schuchat declined to name the cities that are likely to become the epicenters of new and worrying outbreaks, but New Orleans has stood out in recent days for the rapid growth in cases it has seen. Louisiana reported its first case of coronavirus on March 9; it crossed 100 cases a week later. Its case count doubled between Sunday and Wednesday, when the state reported almost 1,800 cases.

The CDC is using one of its most reliable indicators to provide early hints about where the next epidemics might spring up. A surveillance system designed to detect sudden upticks in patients who report flu-like symptoms at emergency rooms across the country, built over decades into a system that presents data in almost real time, was the first alarm bell that rang in New York. Those who reported flu-like symptoms, it turned out, were instead victims of COVID-19, the disease caused by the coronavirus.

Now, that same surveillance system is flashing red lights in many states, a potential sign that coronavirus patients are already visiting hospitals, even if their symptoms are not severe enough to warrant overnight stays.

“There's just dozens of places we're watching,” Schuchat said. “We really need to expect that the whole country's at risk here, and we have to look across our health care system within each jurisdiction to have them be as strong as possible.”

“Everything that I'm seeing today suggests to me that we need to take this virus very seriously, and that we have to be absolutely sure that our health care system in diverse geographies is ready for increased burden, and that we have good systems to detect, track, isolate and reduce the spread of continued new cases. So I would be very reluctant to let up on measures in the nation as a whole. There are probably geographies where the virus hasn't yet arrived in great force but where the health care system needs to be prepared for it,” Schuchat said.

“I think what we're seeing in New York City and New York state right now is a real warning to other areas about what may happen or what may already be starting to happen, and these efforts to make sure that our health care system’s ready and that we can protect the most vulnerable before we ease up on the social measures that are in place,” she said. “The measures are meant to be used in a layered way, and it may be possible that selected ones might be eased up on. But as I talk to colleagues around the world who are facing different stages of this epidemic, I think we are all trying to make sure we have the very best information about how to ease up and also about how to minimize the unintended consequences, the negative consequences of the mitigation effort.”

She acknowledged that the response to the coronavirus has become tinged with politics in a way that other outbreaks have not, a function of a highly polarized moment in which even nonpartisan institutions get dragged into partisan squabbles. She said keeping the CDC apart from the fray is important for the country's long-term health.

“I've worked for the CDC for 32 years now, and I've worked through every administration since 1988. Politicization is not helpful. This is a battle against a virus, and it's a virus that we absolutely have to take seriously, and I think today that's more evident than ever to politicians and to the public. CDC is a data-driven science-based organization serving the public and working with every administration that is there. It's critical to me that the best science be brought to policymakers and that we remember that we're all in this together,” Schuchat said.
Click to expand... 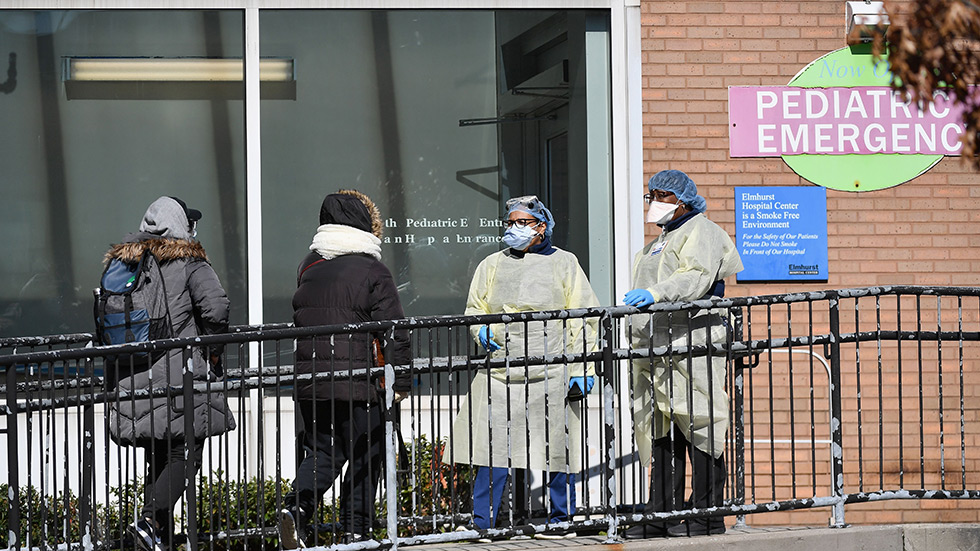 As the Coronavirus Heats Up, Why Hasn’t America Heard From the CDC