PIZZA TIMES MOTHER FUCKER. Man i love ninja turtles and know the franchise in the limbo state right now i still have the comic and there good read. oh ya the subject in terms of game i miss on at the time i got into the franchise it was the 2007 film and that is something i have to save for later. Uptill 2012 show I sorta miss the 2003 show and the game I barely play any of them. I played tmnt turtle in time remake at my uncle house then i played battle nexus on the gamecube. it was not until the cowabunga collection i play these games in full, especially the game we were talking about. today tmnt fall of the foot clan ya the first gameboy title. You think I was the arcade and it nes port and someday I will but we're talking about this game so sit down and before you notice if you're on joyfreak im using image ya i've captured footage on my switch and the image looks great so ya let get into it. 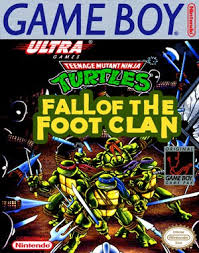 So the summary: have you ever watched any episode of the 80s series damn have you played the arcade game. ya that the plot you got thru 5 level to save april but unlike the arcade game this one 2d side scroller but it nothing special because this game rather easy. Have you ever play one of those tiger lcd games you know the ones that have you only moving forward and attacking the enemy behind you or in front of you ya that it. You only move forward dodge obstacle so you don't love health now there stuff to do exactly 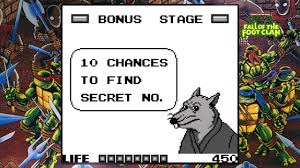 you get pizza and you'll find a bonus room that can refill your health but for most part you're just going through the level to fight the enemy and defeat the boss enemy and yes of course. The shredder gang from the show has nothing new, no leather head, no metal head, just season one villain. You can kick in the air to help you if an enemy pops in the level so ya. Just like the nes turtle game if you lose with a Pacific turtle that turtle is gone and to be honest that clever ya that all i have to say.

This game is just a time filler if you're on the bus or on a plane ride. a game that is not that long and no challenge dang the game start with you picking the level and that not a mega man thing even if you die you can skip straight to 5 and finish the game that way so ya it not terrible but it not great

Z
HBO's The Last of Us TV adaptation review thread