Pictured above is a small paper model of the Notre Dame de Paris. You could buy one of these toys for a few dollars to put the pieces together. Rebuilding the fire-ravaged Notre Dame Cathedral is the problem France needs to solve. Nobody could have predicted that such a huge fire would happen on a famous historical building. It is amazing how much money has been donated already to rebuild the building - more than a billion dollars. It is fortunate that some 200,000 bees inhabiting hives on the roof of Notre-Dame cathedral survived the inferno.

Notre-Dame de Paris means "Our Lady of Paris" is a medieval Catholic cathedral on the Île de la Cité in the 4th arrondissement of Paris. The cathedral is considered to be one of the finest examples of French Gothic architecture. It is believed that before the period of Christianity in France, a Gallo-Roman temple dedicated to Jupiter stood on the site of Notre-Dame. Evidence for this is the Pillar of the Boatmen, discovered in 1710. In July 1801, Napoleon Bonaparte signed an agreement to perform restorations to the cathedral.

The cathedral had modern renovations. The stone masonry of the cathedral's exterior had deteriorated in the 19th and 20th century due to increased air pollution in Paris, which accelerated erosion of decorations and discolored the stone. By the late 1980s, several gargoyles and turrets had fallen off or become too loose. A decade-long renovation program began in 1991 and replaced much of the exterior. A discreet system of electrical wires, not visible from below, was also installed on the roof to deter pigeons. The west face was cleaned and restored in time for millennium celebrations in December 1999.

On 15 April 2019 the cathedral caught fire. This caused the collapse of the spire, the oak frame and lead roof. Amazingly, the cathedral escaped complete destruction. The structural damage was not severe enough to cause a total collapse. French President Emmanuel Macron vowed that Notre-Dame would be restored. Approximately 500 firefighters helped to battle the fire. Many artifacts were saved. An international architectural competition will be launched to redesign the roof and spire. 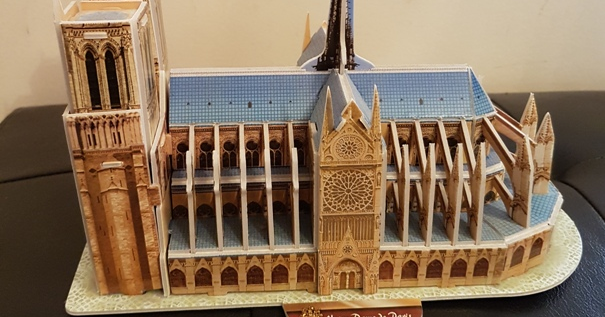 Pictured above is a small paper model of the Notre Dame de Paris. You could buy one of these toys for a few dollars to put the ...

GameWise said:
I am wondering what people are thinking about the Notre Dame Cathedral fire. Does anybody think it might have been arson?

Well, apparently it was ruled out according to the investigators. But who knows!? 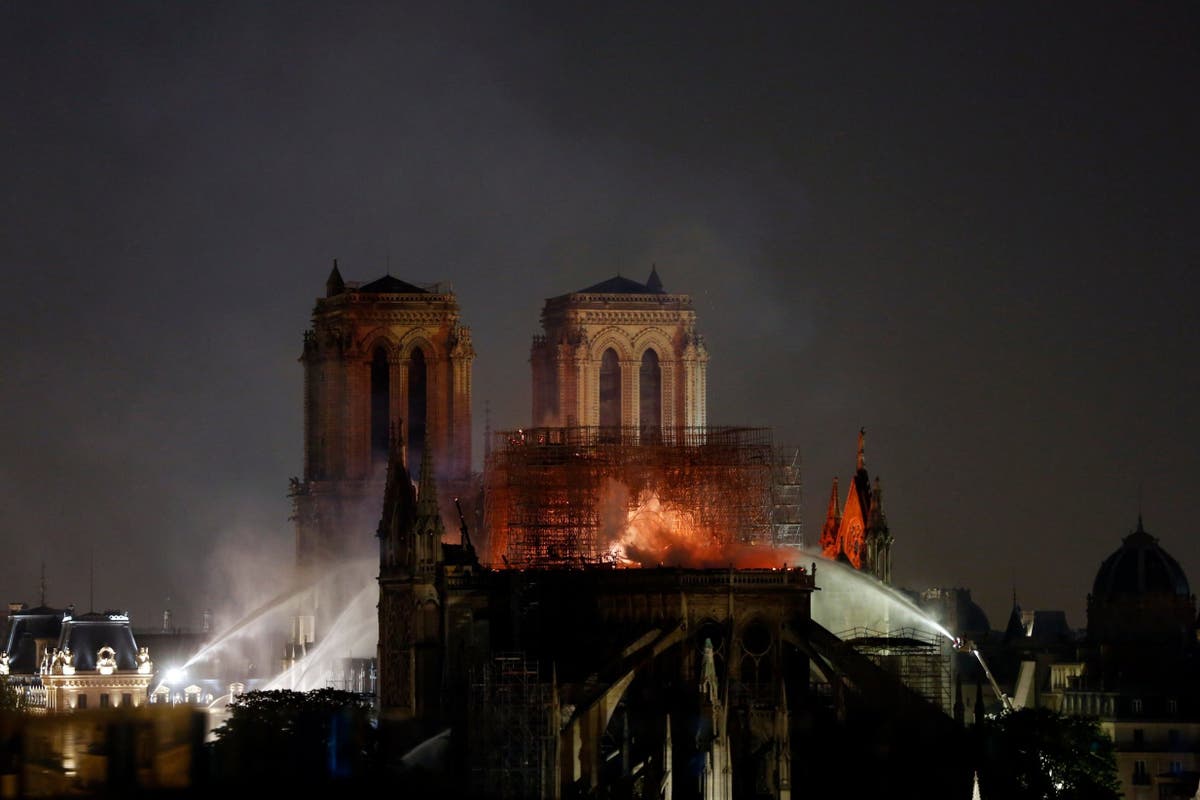 I did read something about a computer glitch that caused it, which would be sadly very funny.
G

A computer glitch did cause the fire. I can't believe out of all the places a glitch could have caused an enormous fire, it happened in Notre Dame. Some people think the cathedral should be rebuilt in a new modern way to look more modern. Should the old design of the building be rebuilt?

It's a shame that it happened and it was quite surprising to see so many rich people quickly gather to donate money to rebuild it. Sometimes you have to wonder where these people were during other disasters where people were affected.
You must log in or register to reply here.

MSNBC: The Truth About The Toilet Paper Shortage
Apr 8, 2020 by Maddox