Regardless of whether you are a comic book geek or not, the name “Batman” should stir up mental images of a dark armoured figure, dressed as a bat and brooding over a city with his cloak snapping in the wind.

Batman is one of the most popular and renowned superheroes in the vast world of comics books. His popularity is so vast that his influence has spread beyond the pages of comic books to affect other areas of pop culture such as movies, animated shows and games.

The list here will reveal the best Batman games that have been released.

Batman: Arkham City - Official Gameplay Trailer - This Ain't No Place for a Hero

It would be a blasphemy to make this list and not include this game. Batman: Arkham City is the sequel to Batman: Arkham Asylum which is the first of the Arkham game franchise. As the Dark Knight, explore this new prison world made for the criminals of Gotham and engage with some classic villains from your infamous Rogue Gallery and their vast army of thugs. 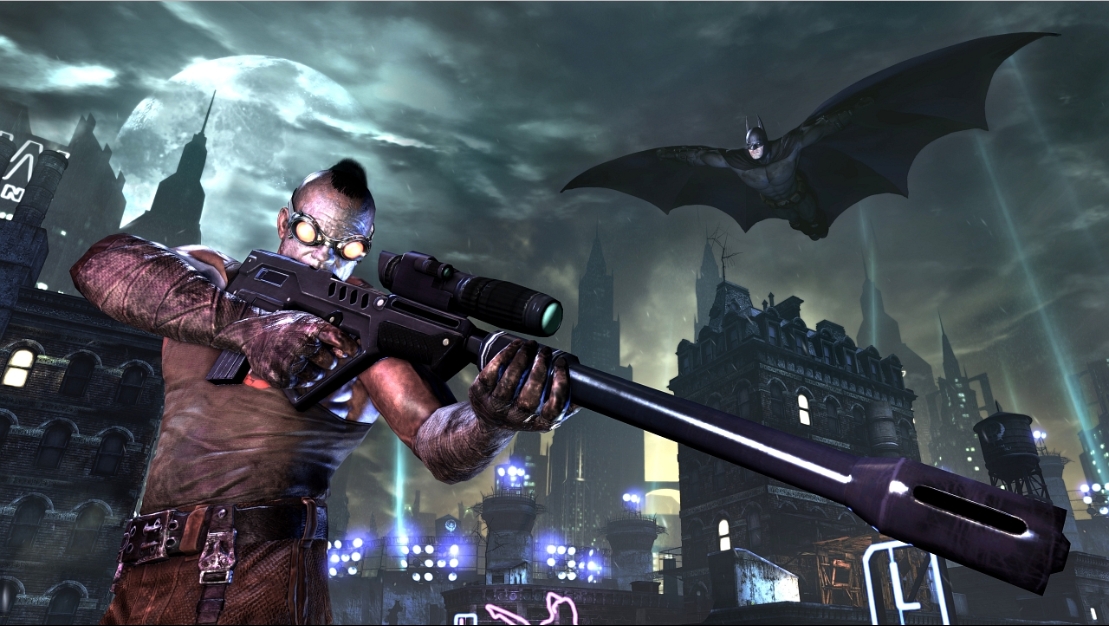 Soar through the skies and ambush criminals from above! 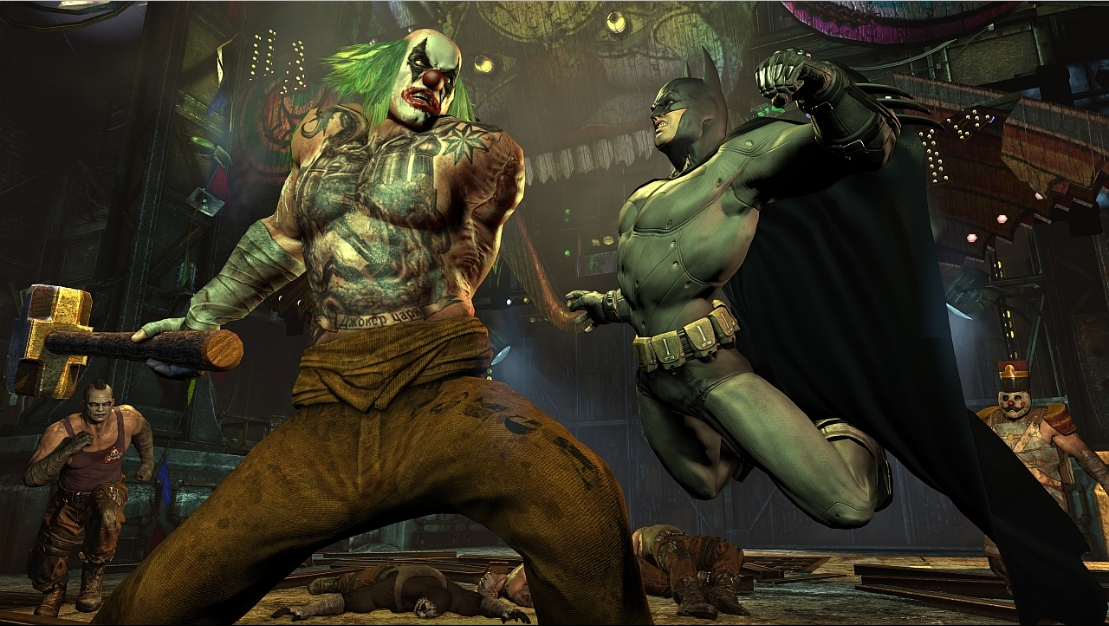 There is a sense of finality in Batman: Arkham Knight as you don your Batsuit to protect Gotham from the criminally insane supervillains in your rogue gallery. As the final game to the Arkham game series, it held nothing back. Complete your epic Batman experience by rocketing through the city in the iconic Batmobile, dive-bombing mobs of criminals from the sky and solve crimes and puzzles. 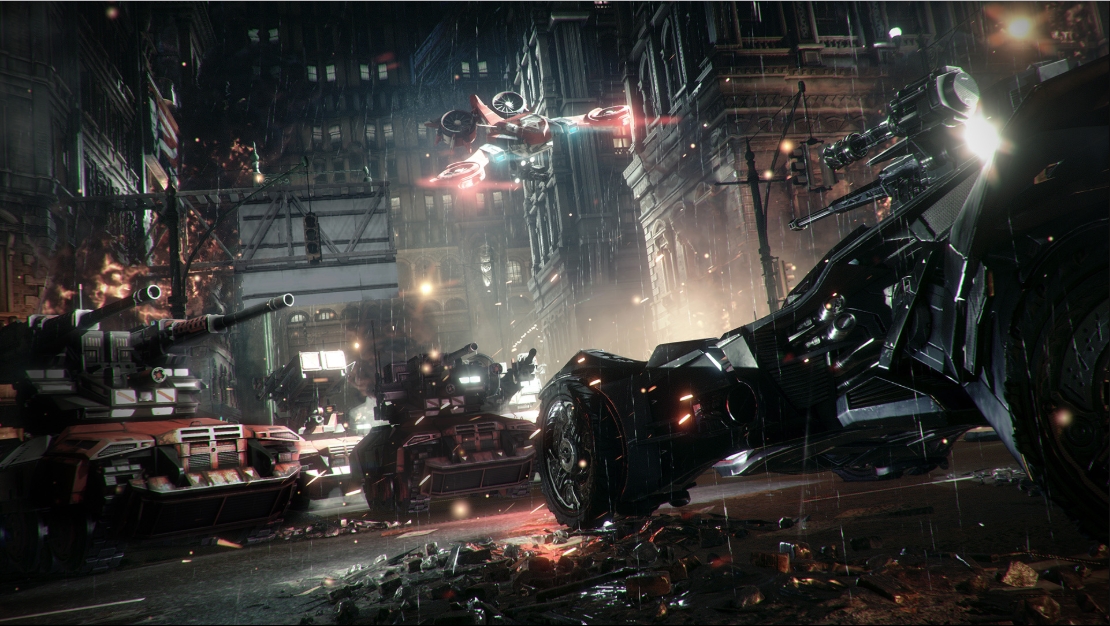 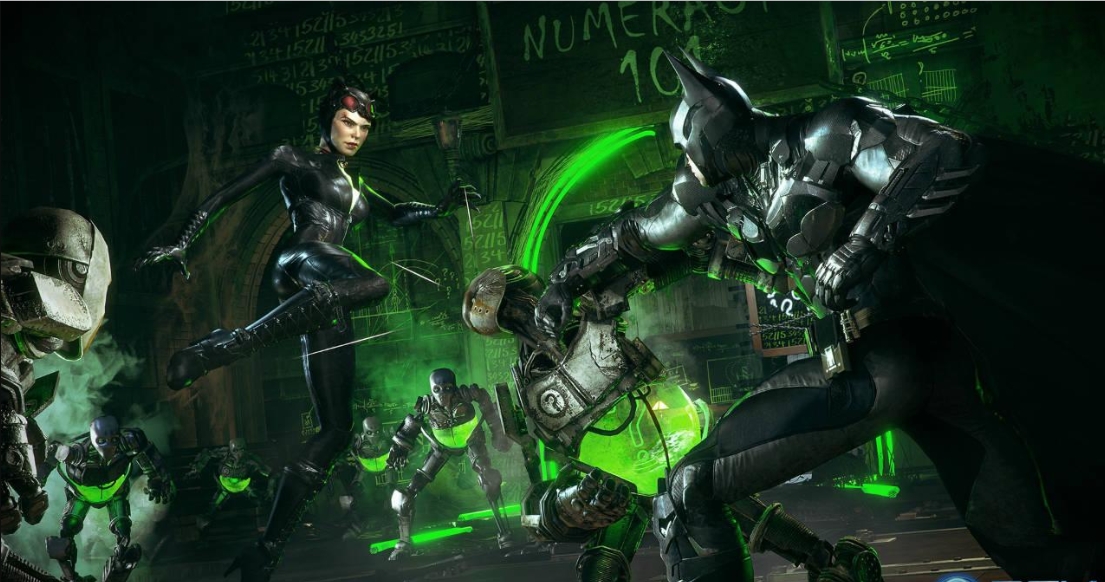 Team up with your allies like Catwoman, with the new “Dual Play” combat mechanics!

Let’s take a break from the dark gritty world of the Arkham game universe to a simpler and more child-friendly game. Like other games in the Scribblenauts franchise, you play as a boy called Maxwell. With your trusty notebook, you can summon, not only Batman but other DC superheroes. Use your notebook to help DC heroes in their heroic activities and solve puzzles as you visit famous DC landmarks like Gotham, Metropolis and even off-planet locations. 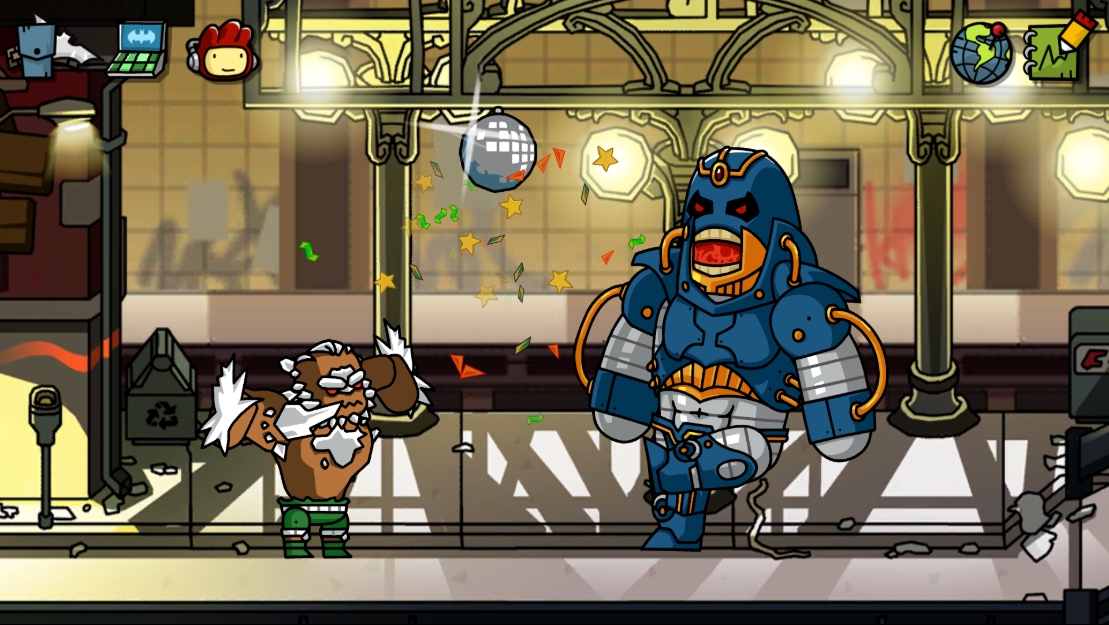 You can also use supervillains as your allies. 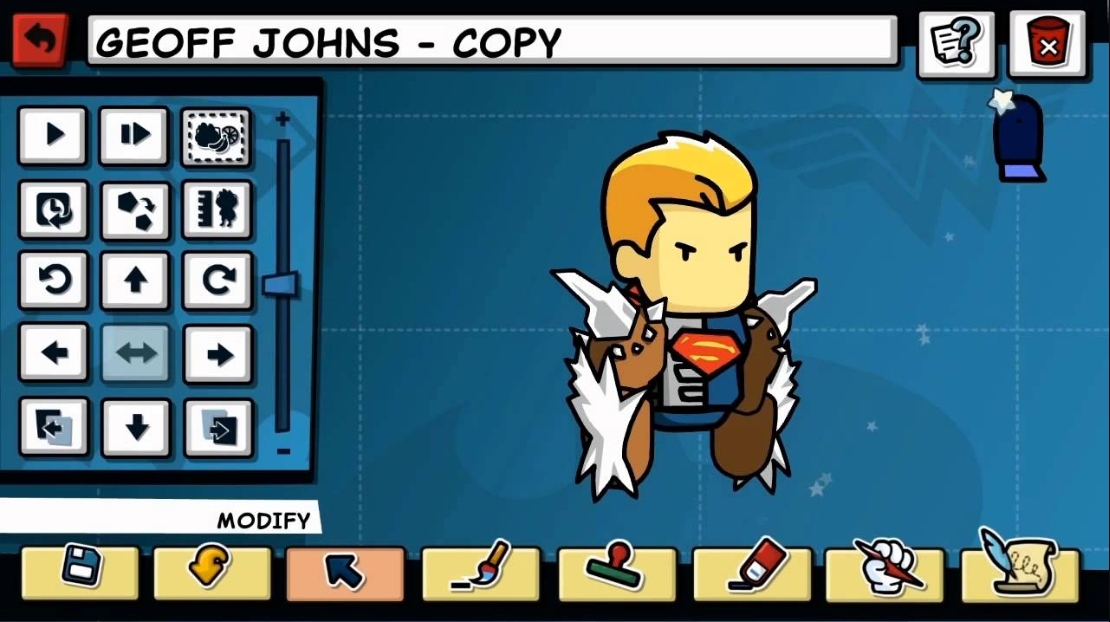 Create and modify your own customised hero!

DC Universe Online (DCUO) is a popular MMORPG where you can fulfil your dreams of becoming a superhero (or a supervillain if you prefer). Create your own character; each with their own special powers, skills and weapons. Join either a hero or villain faction and fight alongside or against iconic heroes and villains. Level up to become a powerful hero or a fearsome villain by completing various exciting missions!

Technically, this is not a pure Batman game. However, it is included on this list as you get to interact with him in-game and you can even base your character design on him! 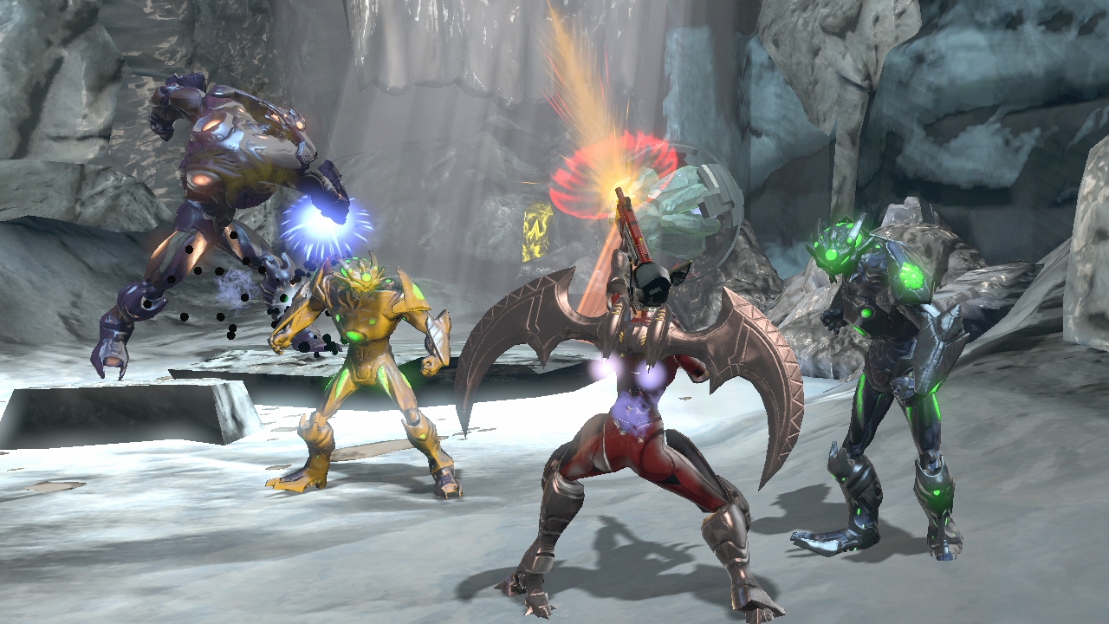 You have the choice of taking on missions alone. 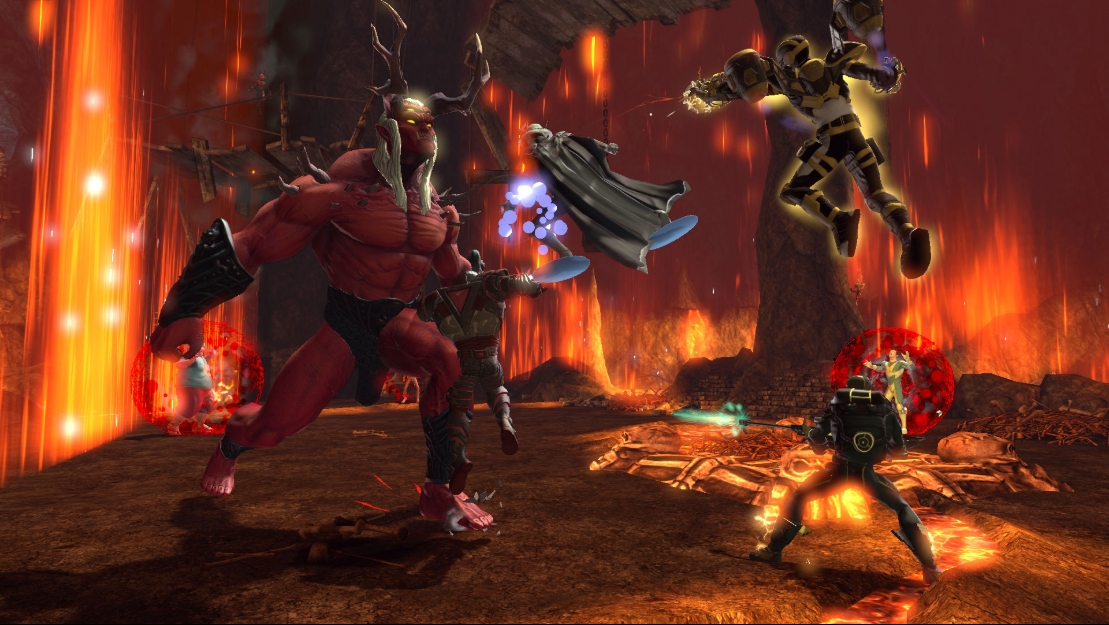 Batman games are usually action-packed games. However, unlike Arkham game’ action-packed game mechanics, the Telltale Series is a “point-and-click” game that is heavily centred on the plot, which is separated into several chapters. You will play the role of either Batman or his alter-ego, billionaire Bruce Wayne. So sit back, follow the story and determine Batman/Bruce Wayne’s actions and decisions to progress the story.

Action and combat are guided by quick-time events. 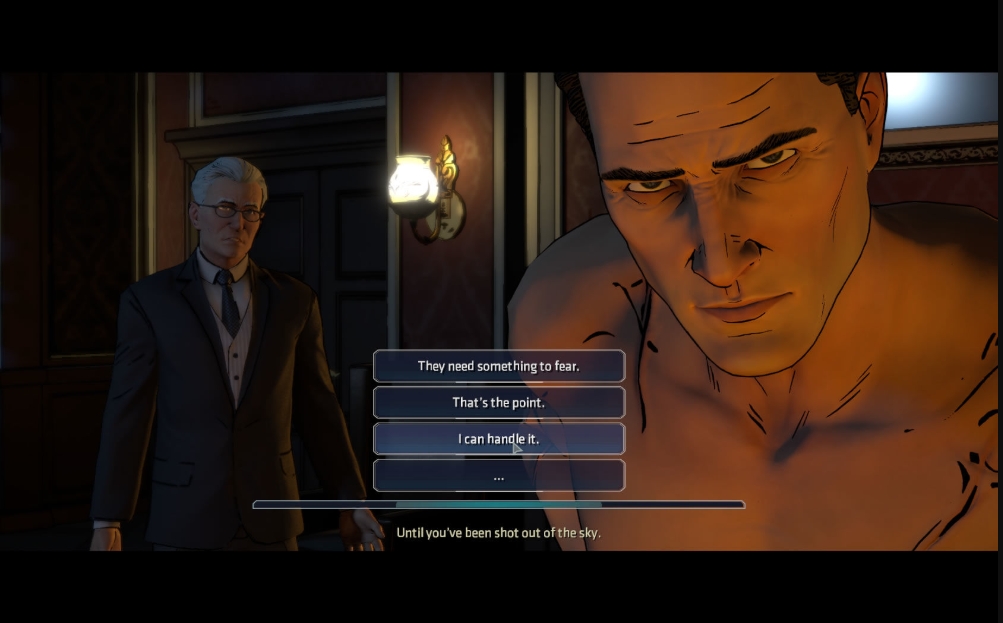 Choose how you interact with other characters in the game.

What’s better than playing as Batman? Being Batman himself!!! Arkham VR will offer the best possible gaming experience but in virtual reality. With an Oculus Rifts VR headset and controllers, you can view the world through Batman’s eyes and experience his life as vigilante crime-fighter. 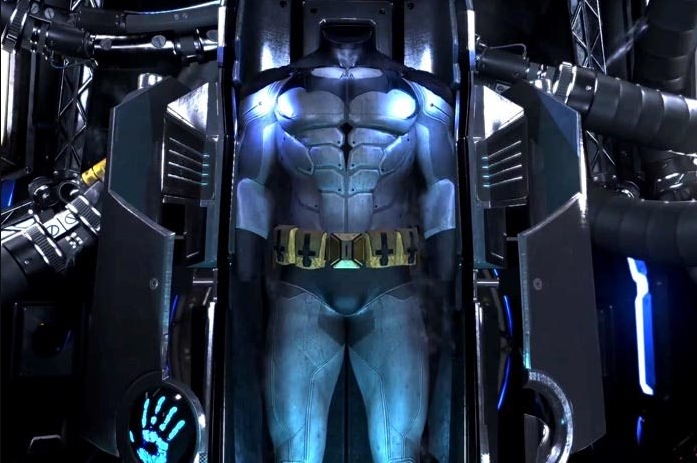 Clad yourself in the legendary Batsuit. 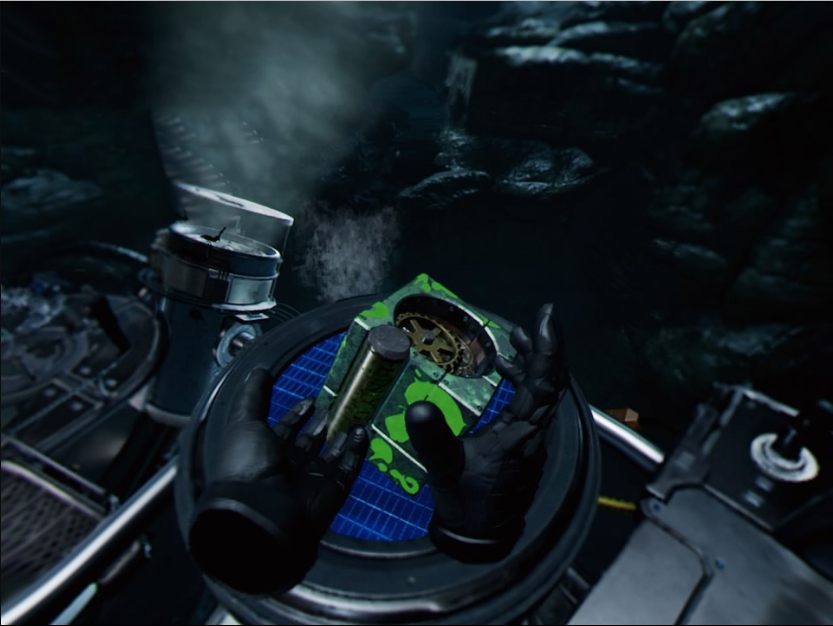 As the “World’s Greatest Detective”, solve the mind-numbing puzzles to advance the story.

Remember the scene in “The Dark Knight” movie by Christopher Nolan where a bunch of Batman wannabes tried to help Batman by taking on a Russian mobster? Well, take that scene, multiply it by 10 and you will get an idea of what Gotham City Imposters is like.

It is a first-shooter game where you can play either as a Batman wannabe (vigilante) or a Joker wannabe (criminal). Play in teams and engage in bloody warfare against the other faction, for control over Gotham. And may the best team wins! 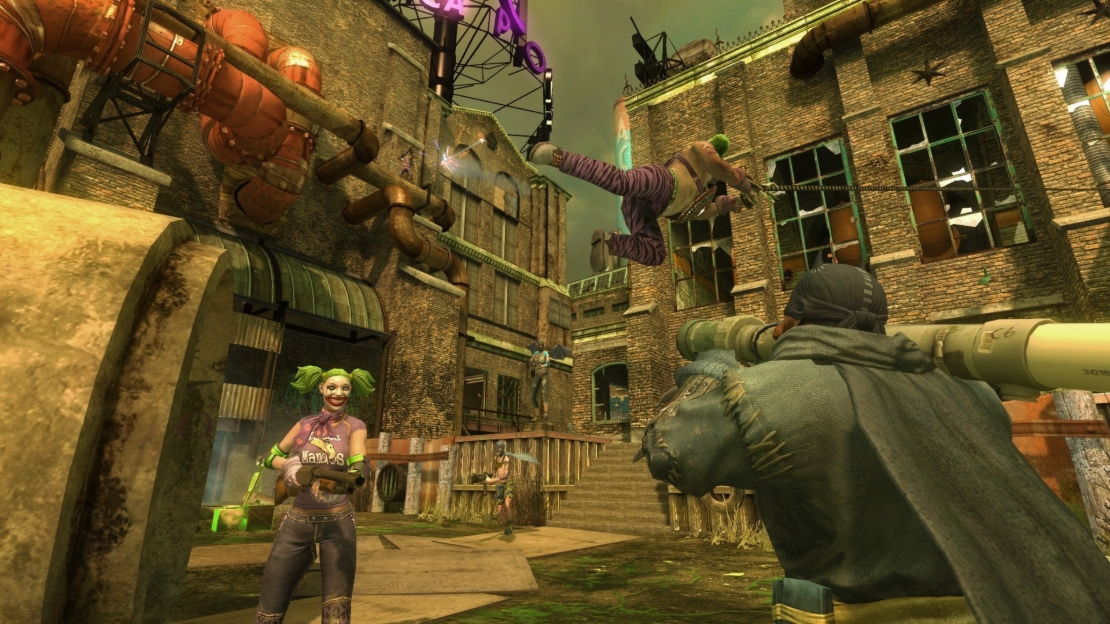 Unlike Batman, you will have no qualms about killing! 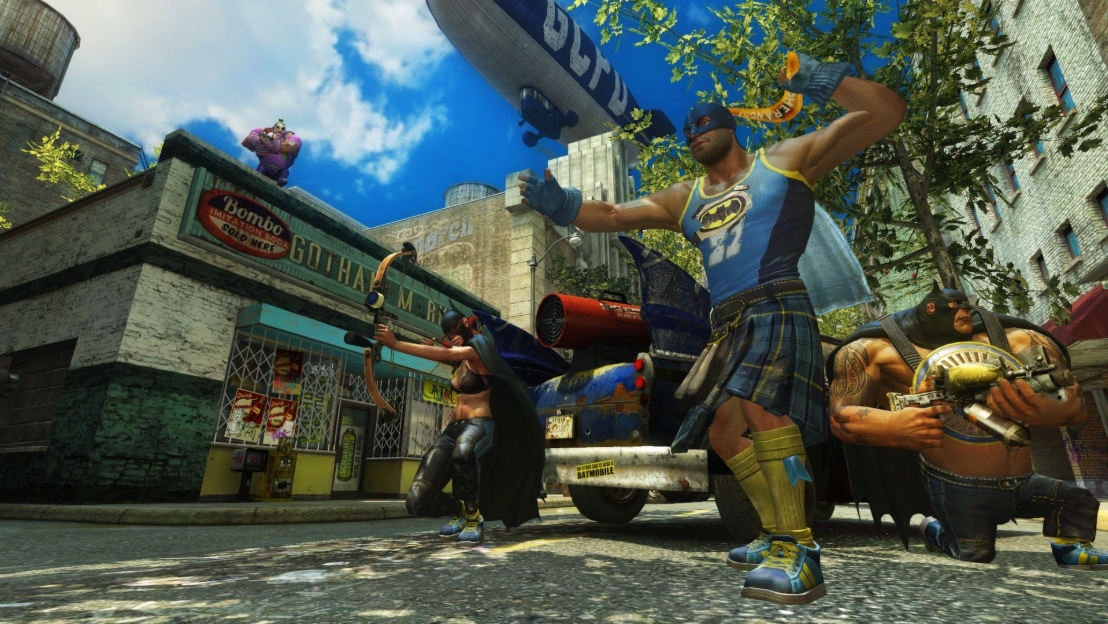 Hey, look, Batman! I am not wearing hockey pads EITHER!

Even though it is the 3rd instalment to the Arkham franchise, Arkham Origins introduces Batman’s prequel story that occurred some years before the events of the first game. The story of how a young and brash Batman started his career as Gotham’s guardian angel. In the game, you must survive the night as 8 hired professional assassins come for your head while serving justice to Gotham’s underworld. 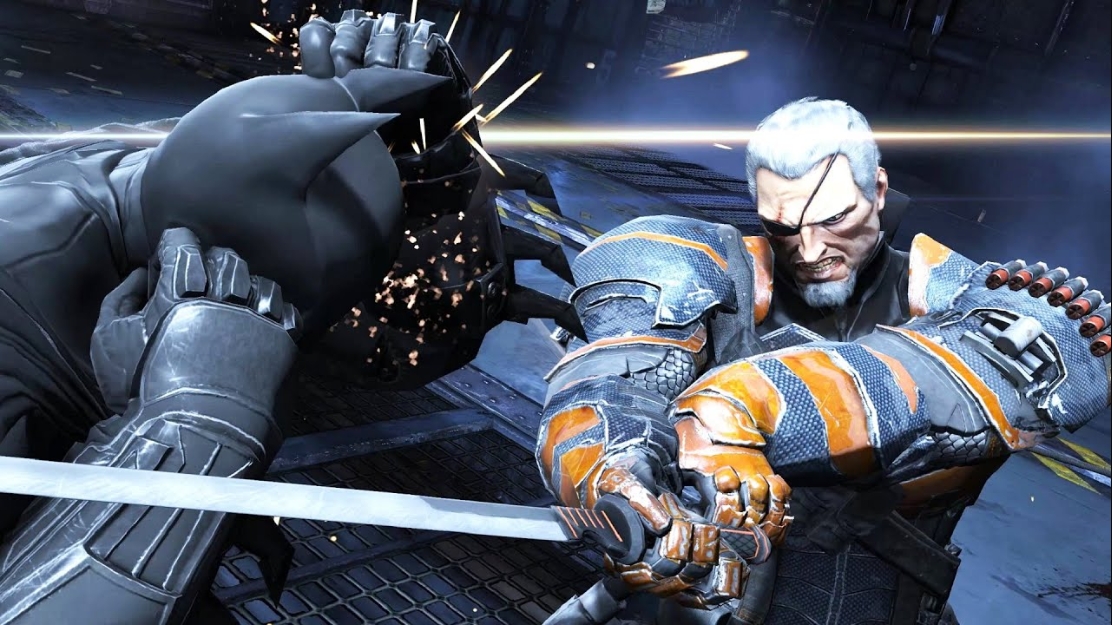 Face off against Deathstroke in an epic, action-packed battle between two incredibly skilled martial artists! 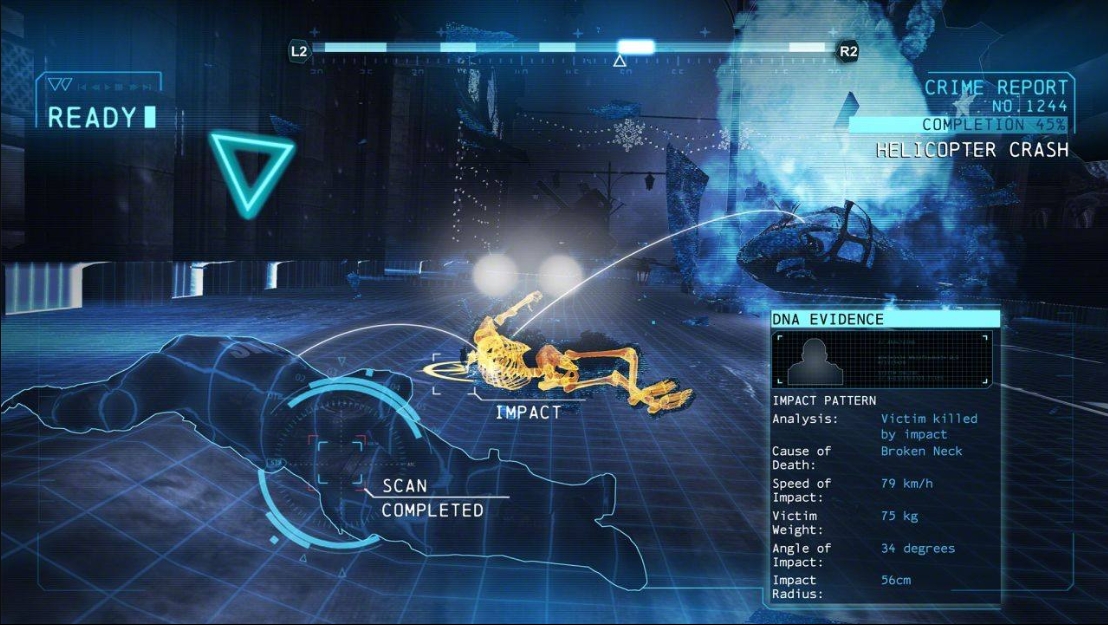 Solve crimes by unravelling crime scenes with your “Detective Mode”

2. Batman: The Enemy Within

“Batman: The Enemy Within” follows the same genre as its prequel game “Batman: The Telltale Series”, a point-and-click adventure game where you take control of Batman/Bruce Wayne’s decisions in-game. Like the previous game, your choices will play an important role to determine the development of your character, Batman/Bruce Wayne and the events of the story. Navigate through the game story by making difficult choices that have the power to forge or break your relationships with other characters.

What Makes “Batman: The Enemy Within” Awesome 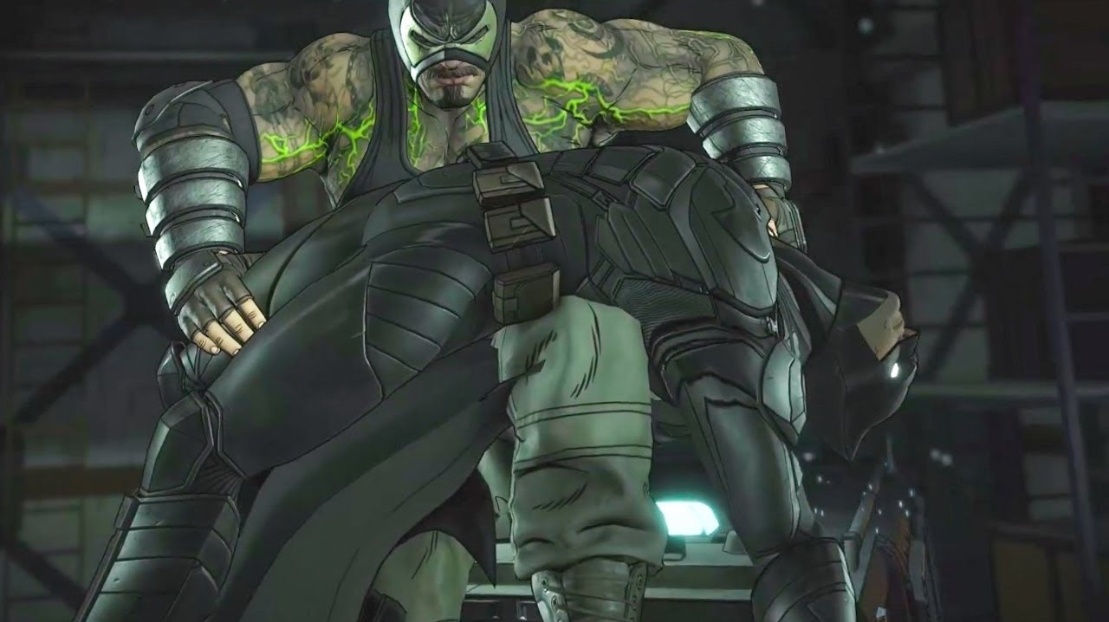 Will you defeat Bane? Or will he break you? 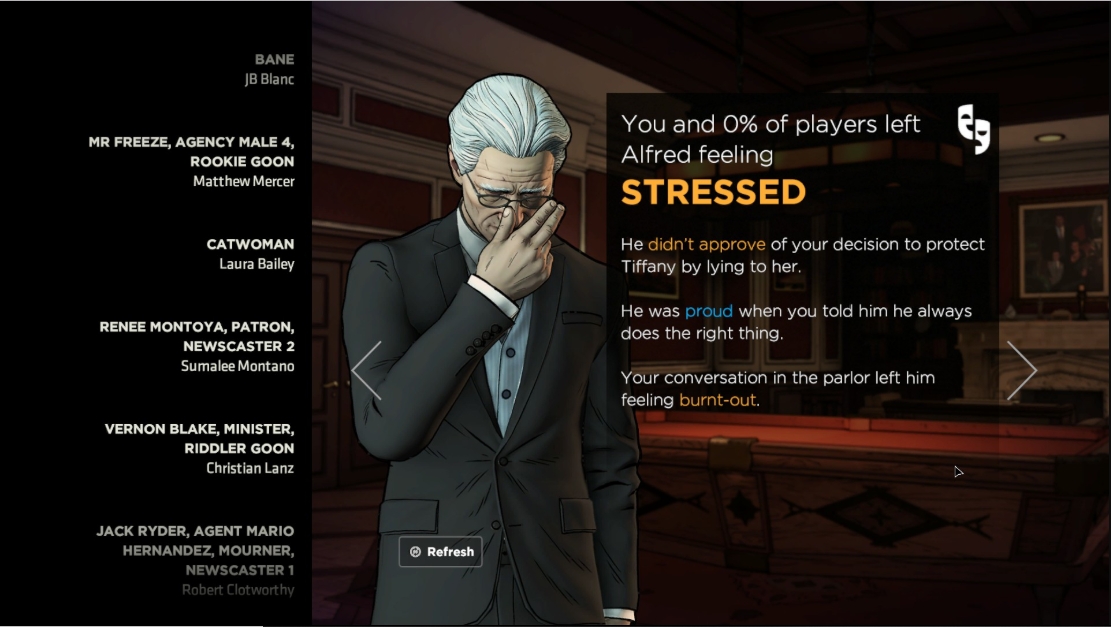 Be mindful of your in-games choices as Batman/Bruce Wayne; you might regret them!

In 2009, Rocksteady Studios developed a game that started the widely successful Arkham franchise; a game that sets the bar high for all future action-adventure games. Now, a decade later, Batman: Arkham Asylum still holds up very well against modern action games, thus earning its spot on this list!

Unlike the large, open-world concept in its sequels, this game is set within a single location. You as the Batman will be trapped within the notorious Arkham Asylum with the rest of the psychopaths from your Rogue Gallery. Tangle with the likes of Bane, Poison Ivy and your arch-nemesis, the Joker as you fight to regain control of Arkham Asylum from the maniacs. 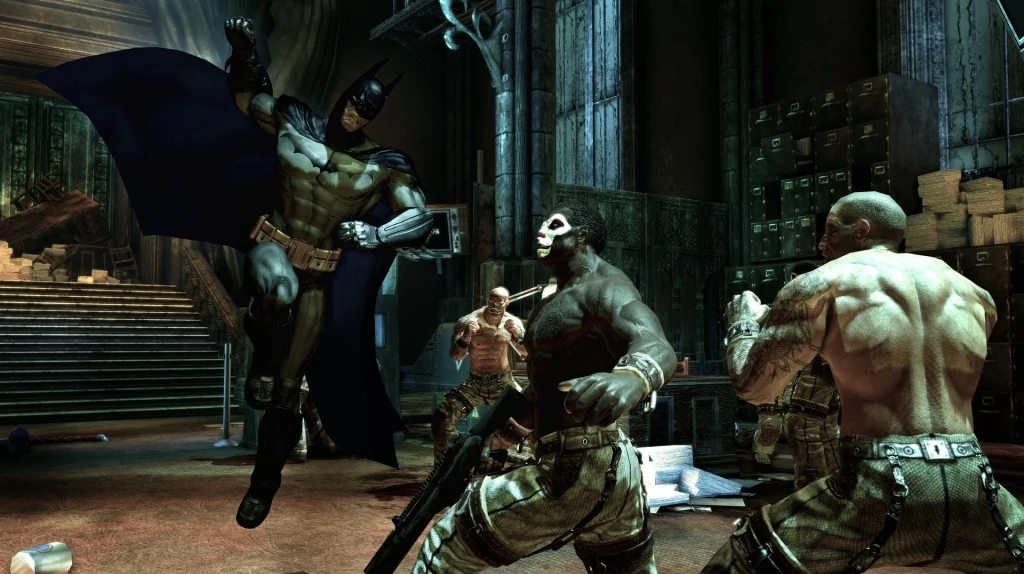 Knock out these criminals with your martial skill! 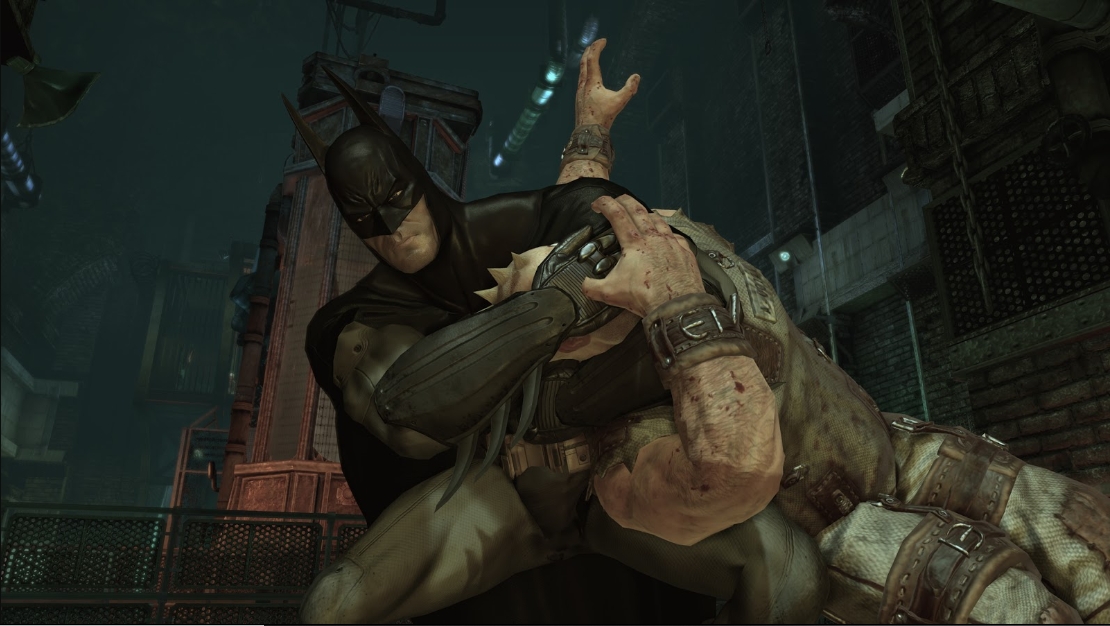 Or you can choose to take them out stealthily like a ninja.

Have you played the Arkham Asylum. If not, then you should consider playing the game.

Well I don't like playing batman games but one of my friend change my mind and from that day I'd completed all the series of batman and right know I'm playing
Batman Arkham knight. You should start with Arkham Asylum as Nova said....then go on and complete all the series .....

Most of the new Batman games are good. They are yet to be SJWfied. And they were good before that. Now that harley quinn is pure feminist doll. I don't think modern game inclusion of her would be fun.

News 7 Similarities Between The Batman and Se7en