The Social Distancer’s Guide to Urban Etiquette and Ethics

For many, the long-developed norms about how to be a good neighbor and urban citizen have been entirely upended by the rules of coronavirus. When we develop habits, the simple gestures we’re accustomed to happen without effort, and redirecting them requires a conscious recalibration. The very term “social distance” suggests that you not engage in normal interactions with other people. And yet the strains of a global pandemic demand that we give our best selves to other people if we can.

Whether you’re performing essential work; volunteering; taking necessary trips to grocery stores; caring for relatives; or just stretching your legs, venturing out into the world introduces new ethical and social dilemmas. If I get really sick, how do I responsibly get myself to the hospital? Should I pick up furniture from the side of the road? Can I just sit on my curb?
Click to expand...

Be compassionate! That goes both for the exercisers and the ones who judge them.

There are a few tactics you can practice to keep six feet apart from your fellow travelers. This one should be a given: If you’re traveling in a group of two or three people you live with, switch to single file when passing others.

Perhaps less intuitive, though: You may have to do more than sidle over slightly as you pass someone by. On many sidewalks, walking past another person or group of people on opposite ends of the pavement won’t allow for enough distance. In places like New York City, this is partly a geometry problem: In a small survey of New Yorkers, Motherboard’s Aaron Gordon found that the majority of their neighborhood sidewalks had fewer than six feet of truly walkable space. Mayor Bill de Blasio has resisted calls to shut down more streets to cars, which would allow folks to spread out more safely.
Click to expand...

All this would seem pretty rude and awkward in another era. Literally turning heel and getting the hell away from your neighbors is the opposite of whatever community mindfulness we’ve been told to practice, especially at a time when everyone needs the support. Sometimes, you’ll dodge left and the other person will dodge right, introducing a new awkward shuffle to daytime walks. But Swartzberg reminds us that there is “no data to suggest that opening the mouth to say ‘Hi’ is going to expose you,” if you’re the requisite six-plus feet away, despite the fear that it could lead to an accidental exchange of fluids. And eye contact — even a crinkle of a smile above a masked nose and mouth — is entirely non-threatening.

In fact, pairing an awkward escape off the sidewalk with a greeting, a smile, or a wave may smooth things over. “People need to keep people’s spirits up,” said Roberts: Stand on your porch and sing, or put stuffed animals in your window. Chat with friends six feet apart, and bring out your dog so it can wag at people. “Those kinds of activities should be stressed,” she said. “It maintains social distancing but allows some people to look forward to something other than eating.”
Click to expand... 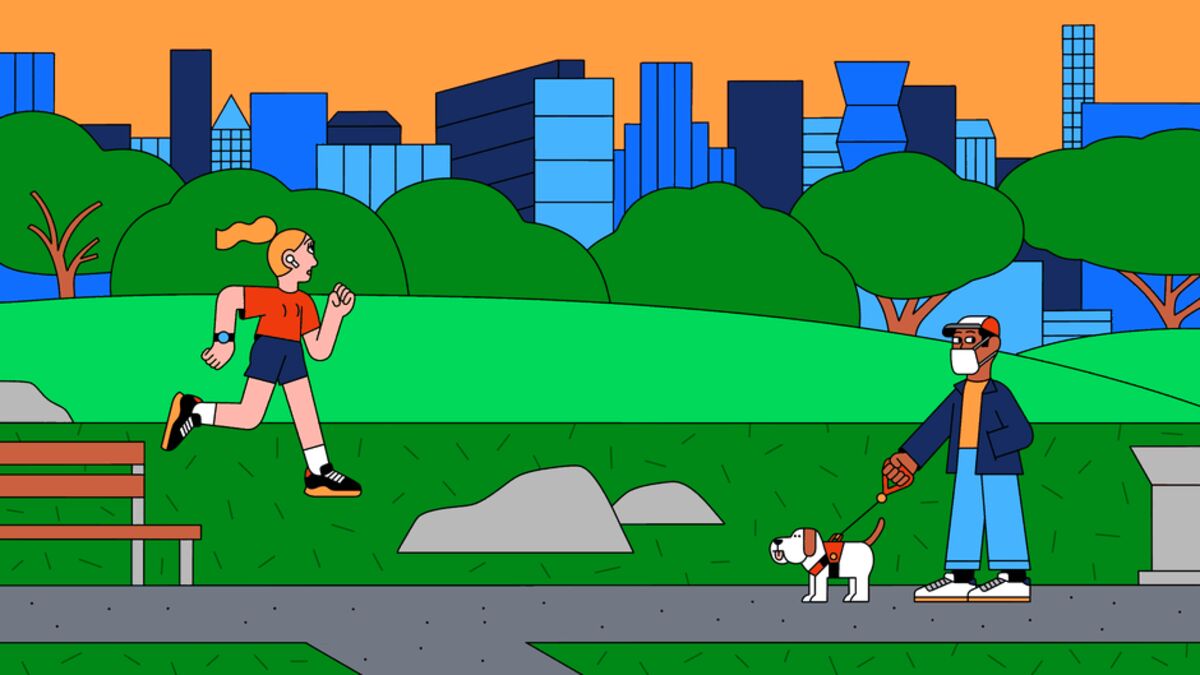 The Right Way to Pass Fellow Pedestrians, and Other Social Distancing Tips

Being a model local citizen during coronavirus requires us to upend some of our ingrained neighborly behaviors. Here’s how to adopt new ones.

www.citylab.com
You must log in or register to reply here.