The hidden details of God of War Ragnarok are here

So the God of War Ragnarok trailer was officially introduced at the recent PlayStation Showcase event. Not hide her excitement when looked through the contents of the end of the era of Norse mythology of Kratos, 4freegame immediately observe and summarize the information contained in the trailer contain important information and interesting that readers may have missed when watching. Let’s take a look at these interesting details.

At the beginning of the trailer, we can see Loki walking towards a cave while Kratos is helping him sharpen his arrows, the appearance of Atreus carrying a deer hinting at the scene from the beginning of God of War 2018, Atreus also began his journey with Kratos by hunting deer. 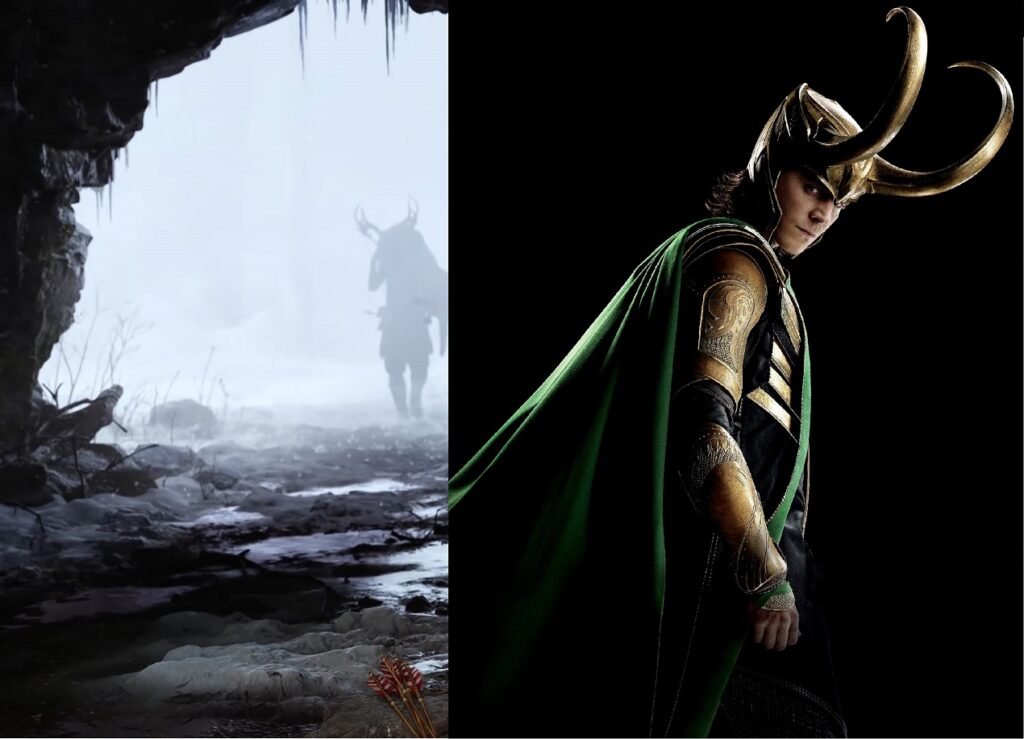 However, the interesting thing here is that the camera angle makes the boy’s overall image look a lot like the MCU’s Loki in Phase 1, at this time Loki is still wearing a super longhorn. The tradition of adding MCU Easter eggs to God of War has been carried on since the previous game, as the Infinity Gauntlet also appeared in a side quest of the game.

The appearance of Sköll and Hati​

A small scene in the trailer also shows Atreus holding a gem with Hati’s symbol, in Norse Mythology, Sköll and Hati are children of Fenrir and the grandson of Loki, two This wolf has swallowed the Moon and the Sun, causing the world to fall into eternal night, also in the next scene we see Kratos being dragged by two wolves, which can be identified as the embodiment of Sköll and Hati. 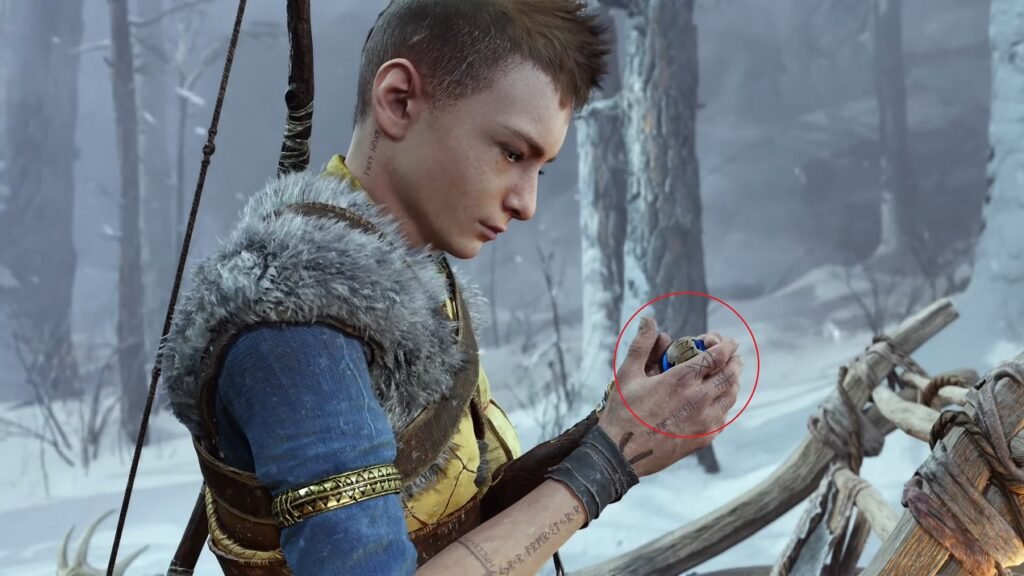 So we can see that 2 of Loki’s 3 children have appeared, although Fenrir is not officially present in the trailer, it can be understood that Fenrir’s existence is real. 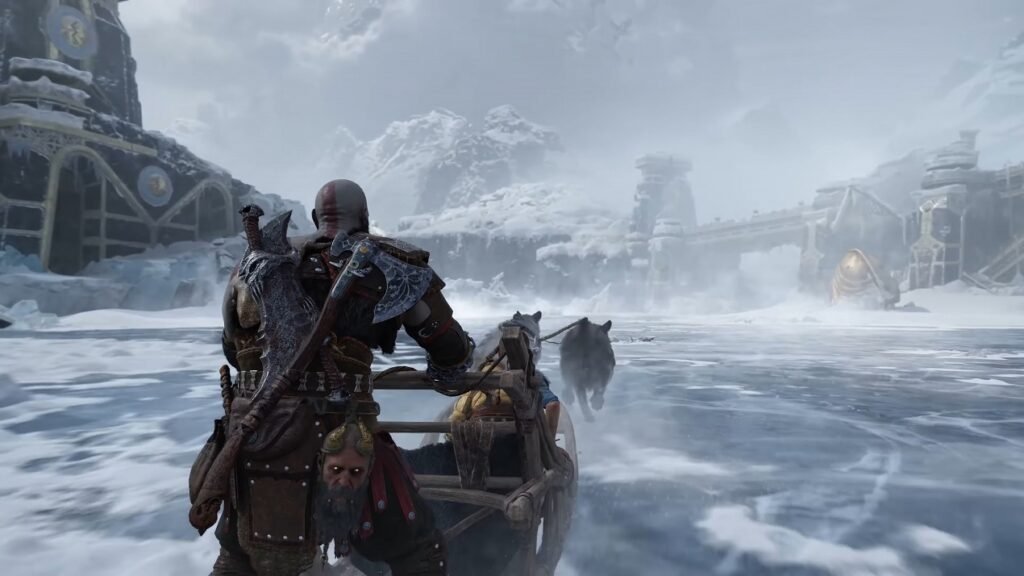 In the previous part, after Baldur’s death, Freya swore to destroy Kratos at all costs, and the truth is that somehow she was able to decipher the curse that Odin hurled at her, then now Freya can actively attack Kratos father and son instead of before, due to Odin’s curse Freya can only stand outside the harbor when Kratos and Baldur fight. However, how she was able to do that is not clear, besides when looking closely, we can still see Freya wearing a necklace with Baldur’s name, this detail is already present from the previous game. Moreover, Freya is also confirmed as one of the two most important enemies in this game. 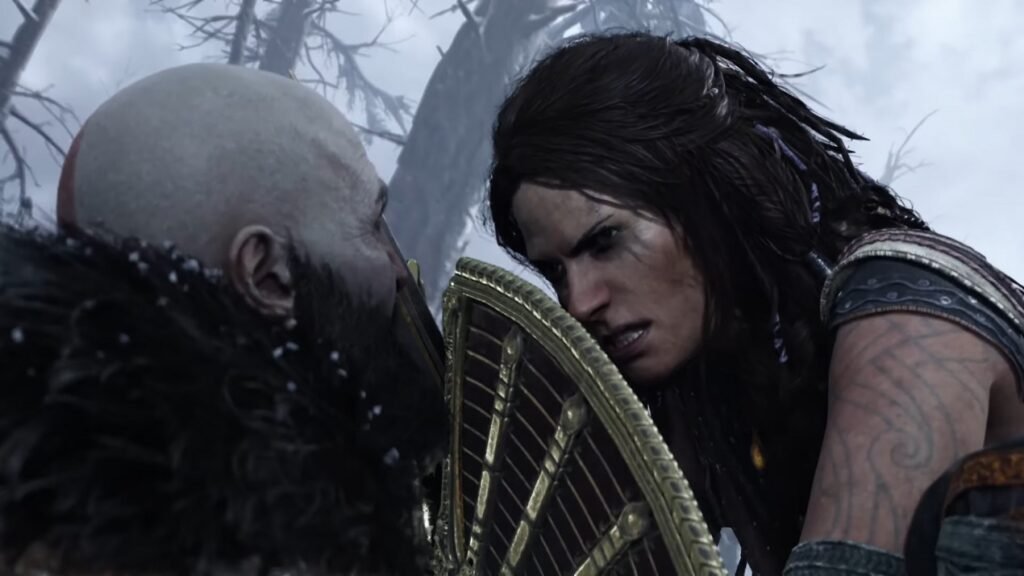 This is the land of the dwarves, Dwarf, in this scene, its grandeur can be seen, the producer has confirmed, in this part, every area of Nine Realms will have travelable, and since Midgard is currently frozen, it is likely that Svartálfaheimr will become the largest major travel area. 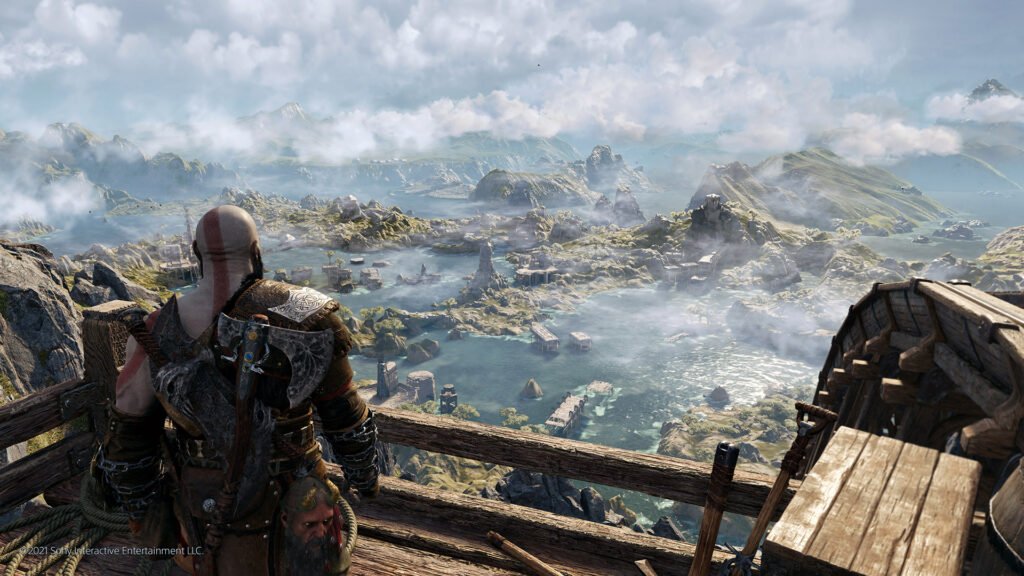 Also in this scene, we can see a part of Svartálfaheimr, this place seems to have not been attacked by creatures like Midgard, everything is still peaceful and there are many people living. 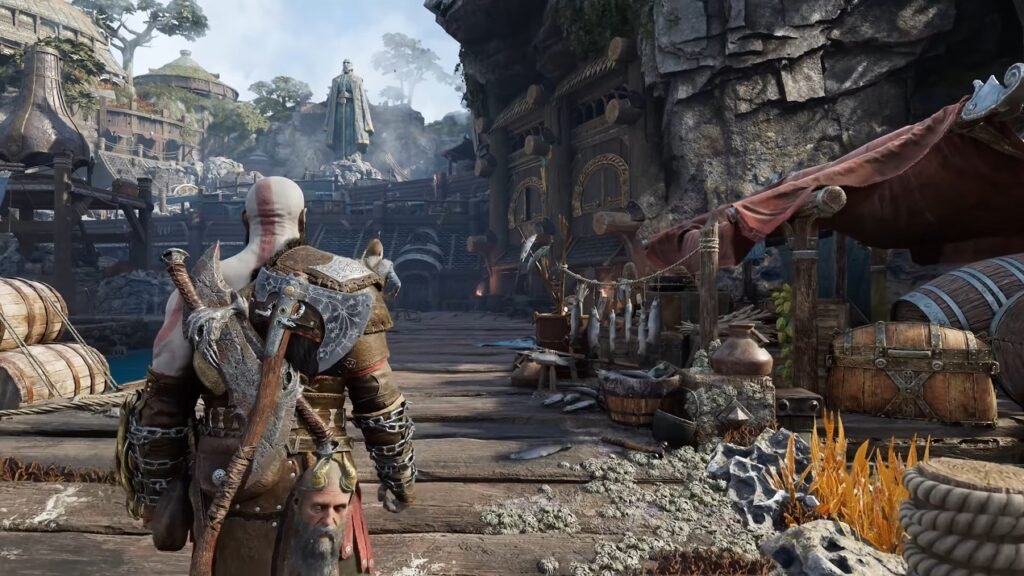 There is also the appearance of a large statue placed in the walkway. It is possible that this is a statue of Odin, because according to a small fact from the previous game, in order to gain the service of the Dwarves, Odin must protect them from all threats from the enemy from Hel. The Dwarves will forge the weapons Asgard will need in the war against the Vanir gods. Odin is also confirmed to appear in God of War Ragnarok alongside Thor.

The house of the blacksmith brothers Brok and Sindri​

also in the land of the Dwaft, we see the scene where Sindri greets Kratos and Atreus, however, the most important thing here is the branch behind… Yes, that’s part of the story. The Yggdrasil Tree, they somehow built their home on a small branch of Yggdrasil and thus were able to harness the power for traveling through the Realm without needing a teleport stone or entering the Travel Room. 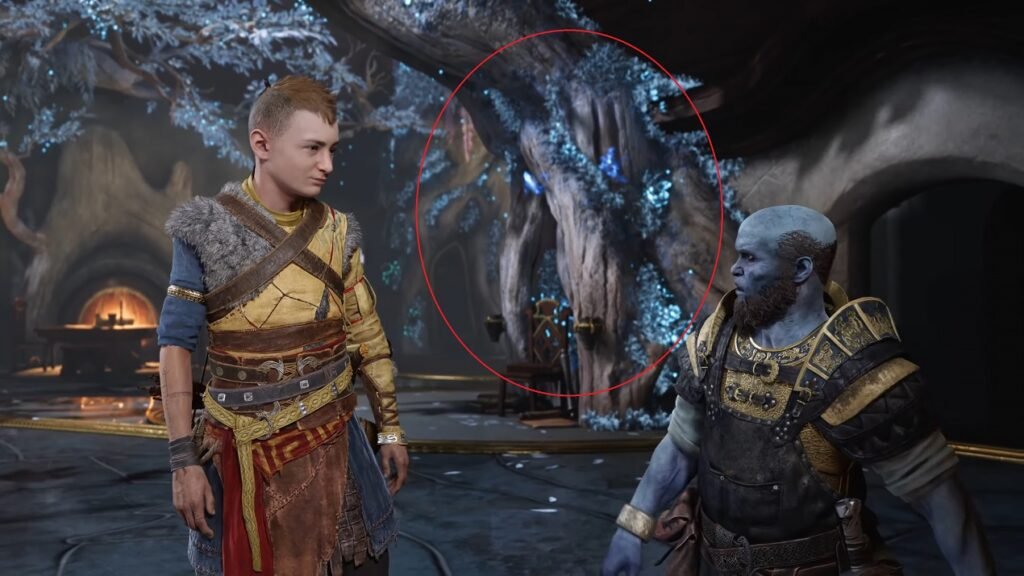 Not much is known about the origin of this name in Norse Mythology, but it can be confirmed that this is a dwarf, and he is a merchant. Regarding the name Durlin, it is possible that this is one of the two people who contributed to the forging of the sword Tirfing or Tyving, this sword can cut or kill anything but its negative effect is killing the person who draw it’s out of the bag. 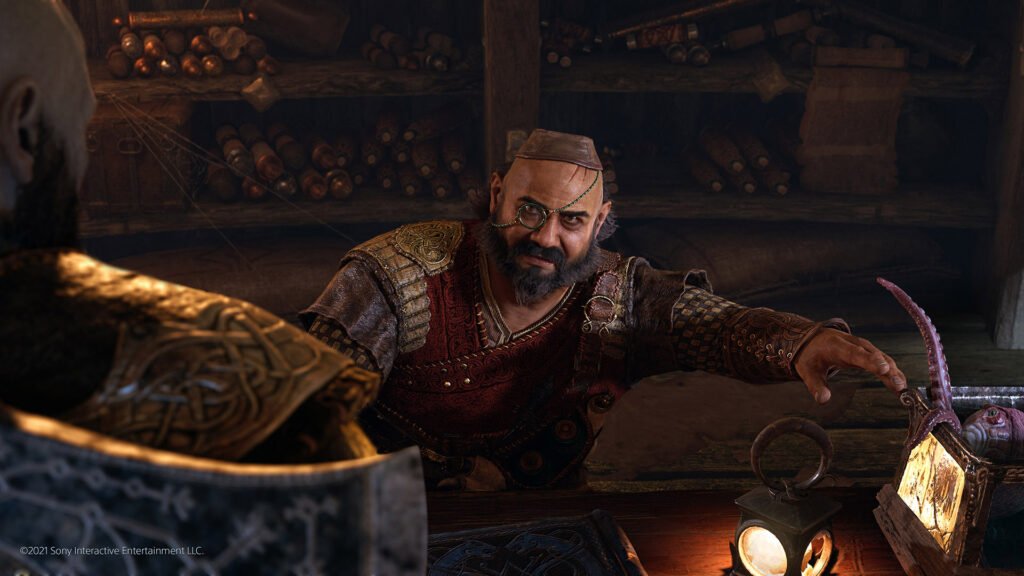 What do you think about these details, 4freegame will continue to bring out other hidden details of the God of War Ragnarok Trailer in the next post.
M

A
How old is Kratos in Ragnarok?