The Best Legend of Zelda Games (Ranked Fun To Most Fun) 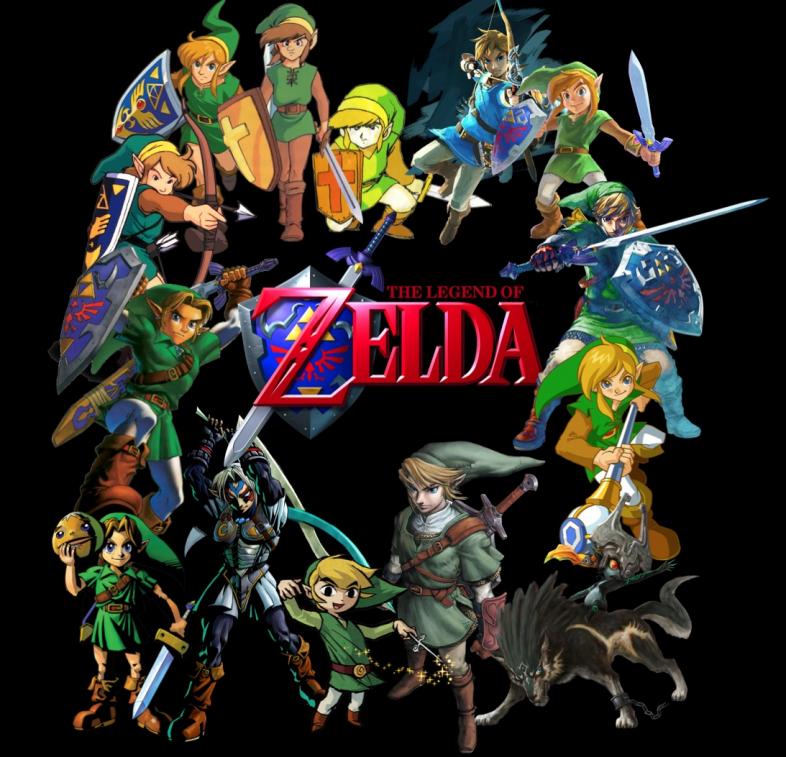 What are the best Legend of Zelda games? ​

Since the franchise’s first release in 1986, The Legend of Zelda has always been a beloved series with a whopping 19 official main games. Throughout the years, fans have debated over each game’s superiority, often ranking them on a tier-list value. Although each fan has their opinions, some Legend of Zelda games has received higher favoritism than others. In my eyes, each Zelda game is fun. However, I’ve found myself revisiting the same several games. Let’s follow our green-clad hero, Link, through 10 of the most fun Legend of Zelda games! 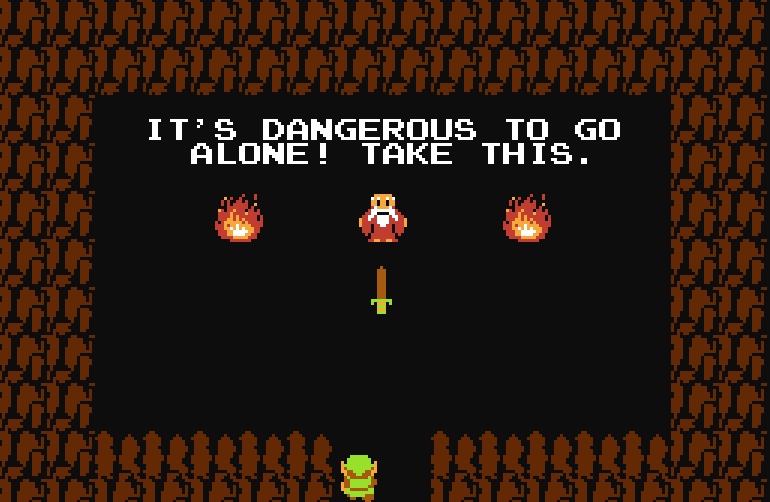 It's dangerous to go alone! Take this.

To start this list off, here’s the game that started it all! We follow Link, a humble traveler who’s bestowed with the fate of protecting the sacred Triforce, saving Princess Zelda, and ultimately defeating Ganon, the main antagonist.

Although it lacks the refinement of its successors, the original Legend of Zelda set the bar for future top-down games within the franchise and the gaming industry. Even though future titles had become amplified and thoroughly detailed, this game’s minimalistic style accentuates the feeling of mystery and adventure.

The overworld has a tile format that makes retrieving items and slashing enemies convenient. Speaking of, there’s a broad weapon/item spread to the player’s disposal, each has its unique abilities.

To top off the overworld’s adventurous atmosphere, there are tons of obscure secrets to explore. There are 9 dungeons; their layouts are geometric, sometimes maze-like. Each enemy has its own skillset, attacking the player in a variety of ways.

Unlike some Zelda games, Link wields a mystic sword that shoots magic beams, a mechanic that the player can use when Link’s health is full. Because of this nifty sword (thanks old man), the player can use the sword as a long-range weapon. Playing this beloved classic will further deepen any gamer’s appreciation for the rest of the legendary franchise. 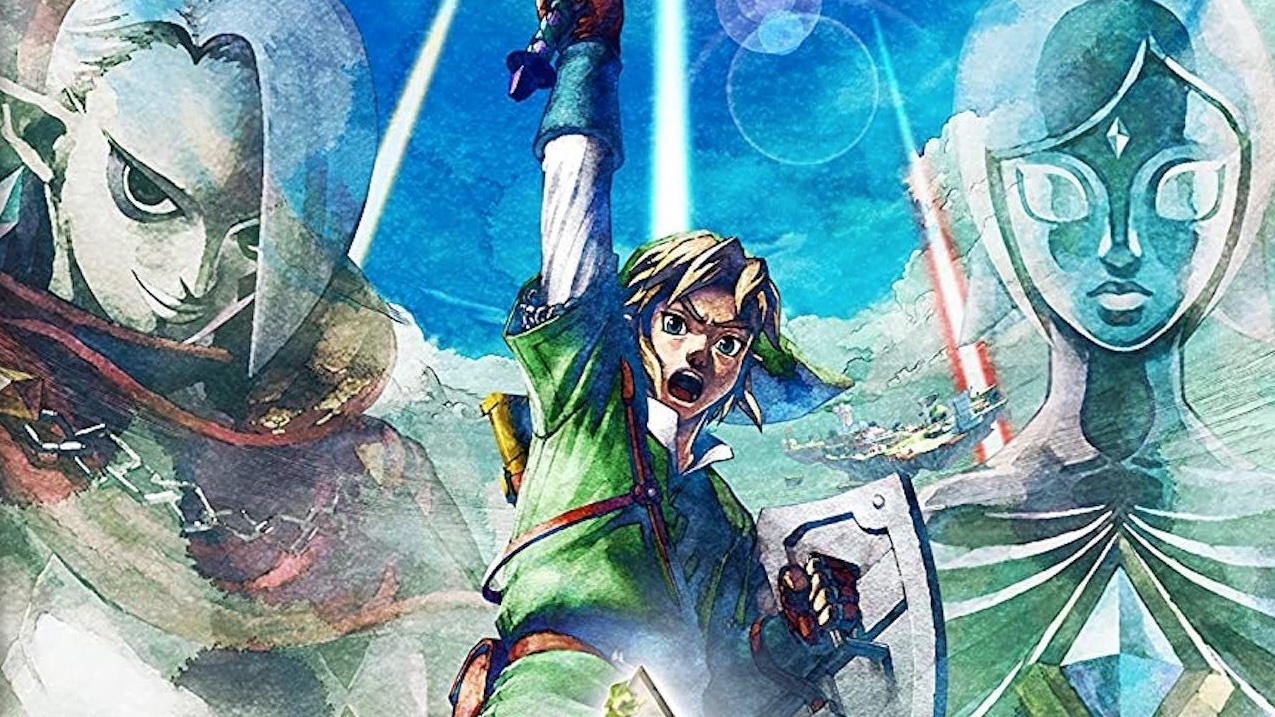 The first game in the Zelda timeline

The game begins with Link having a dream about a giant, dark entity breaking through the earth and emitting an evil force. He’s woken up by a Loftwing (which looks very close to a Shoebill), who gives Link a letter from his childhood friend, Zelda, who requests Link to meet her at the Statue of the Goddess for the annual Wing Ceremony. The Wing Ceremony is essentially a race with Loftwings, whoever wins is deemed worthy of graduating to knighthood.

After Link succeeds with flying colors, he and Zelda share some sappy moments until an ominous, black tornado devours Zelda. Skyward Sword has been bombarded with criticisms of the slow opening, drawn-out dialogue, and motion controls. However, the game has its positives!

Skyward Sword is special to the series’ lore, being the first in the timeline and the first Zelda game to have a “romance” plot between Link and Zelda. As a matter of fact, you don’t need to play previous Zelda games to play this one. Suspended on an island in the Sky, our hero ventures to the surface to save Zelda for the very first time.

One of the most unique mechanics that differs from any other Zelda title is the ability to traverse regularly through the sky, and control Link’s movements with the player’s motion using the Wii remote and the Nunchuk. For those who didn’t like the motion controls, Nintendo opted to let players control Link in a traditional format after the re-release on the Switch. Unfortunately, one of the biggest complaints about the motion controls was the constant reminder that the battery was depleting.

However, Nintendo tried to keep players immersed throughout these reminders by making the partner in-game, Fi, tell Link: “Master, the batteries in your Wii Remote are nearly depleted”. Nonetheless, Nintendo had been aiming for an innovative take on the series, experimenting with motion controls and how they could fit real-life movement into a mainline Zelda game. Suffice to say, the fanbase probably didn’t reflect the response they had in mind.

The Zelda franchise has and will always be known for its iconic music and the use of instruments during gameplay – Skyward Sword is no different. As Link, you play the Goddess’s Harp, which acts as a tool toward vital objectives in the player’s quest.

Throughout most of the game, you wield the mysterious Goddess Sword (that eventually gets upgraded multiple times). This sword is inhabited by Link’s partner, Fi (noted above), a humanoid spirit. The Goddess Sword brims with divine light when charged, and unlike a regular sword, it can interact with vital quest objects in the game and perform a “skyward strike” as an attack.

Excluding mini-dungeons, there are 7 main dungeons throughout the game; each corresponds to the geographical area they reside in with its own themes and unique architecture. Uniquely, Link has a stamina wheel in this game like Breath of the Wild – which depletes when the player runs or performs strenuous actions.

Multiple main antagonists actively taunt you as the game progresses, using your childhood friend (crush?) as a pawn to lure you further. Through a watercolor sky, flying your Loftwing, conversing with the diverse people of Skyloft, and playing any of the 7 mini-games is a fun way to spend your free time in between dungeons. 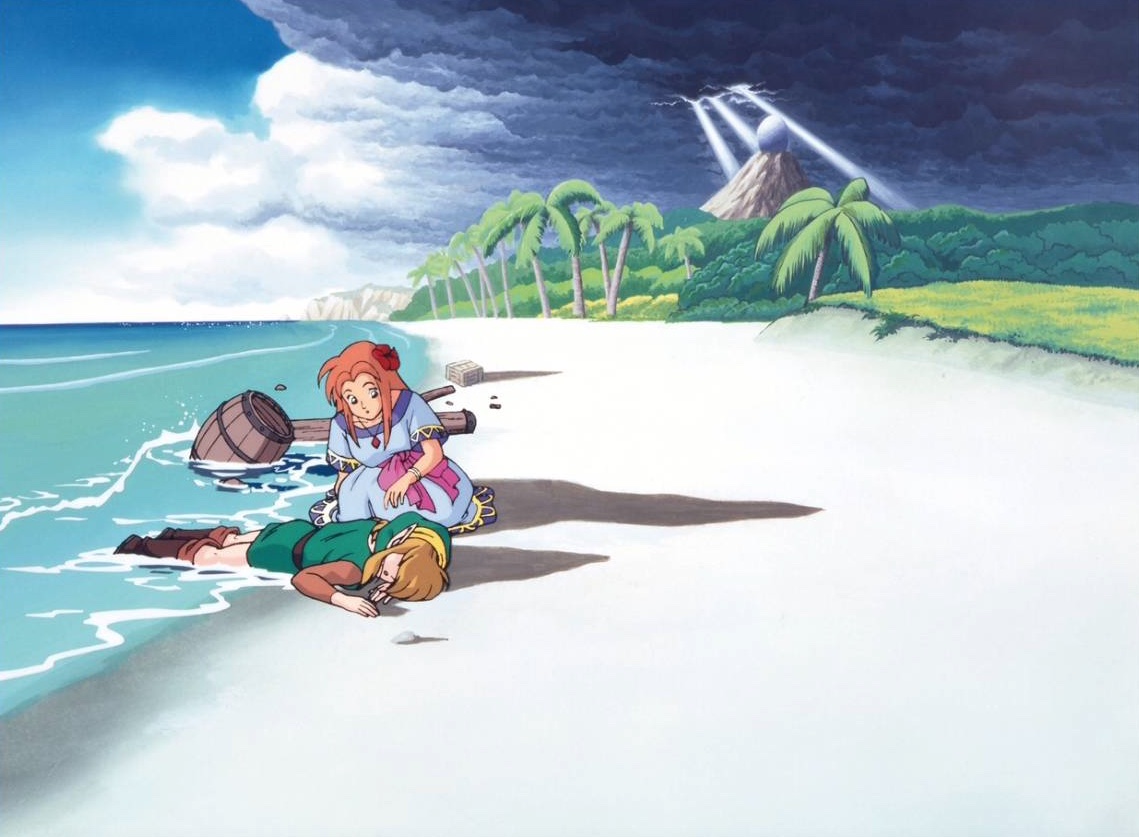 Burdened with restlessness after defeating Ganon and returning tranquility to Hyrule, Link begins to crave enlightenment and a place to train. He sets off on his own adventure with a sailboat, but as the skies grow dark, he ultimately collides with rough waters and vigorous currents. Suddenly, a bolt of lightning strikes the ship, and everything goes dark.

Link’s unconscious body is washed on the shoreline of an unfamiliar island. A girl named Marin finds him and takes him back to her home to rejuvenate him.

Link’s Awakening was the first portable Zelda game and is accounted for as one of the best. Within the dreamy atmosphere of Koholint Island, this game is entirely top-down with a similar layout to a Link to the Past.

Unlike other Zelda games, there are multiple cameos of Super Mario enemies and eccentric characters that are reminiscent of Alice in Wonderland. Link’s Awakening challenges players with its mazelike dungeons and interactions with the endearing people of Koholint Island. Puzzling your way through dreary dungeons is exceptionally difficult at times, in which players will need to put forth their deduction and observation skills.

However, the motivation within the game’s story and progression towards Link’s personal growth pulls you through. There are instances where the player will need to exhibit their platforming skills as well.

Instead of anticipating the ultimate Ganon vs. Link battle, Link’s main mission is to awaken the slumbering Wind Fish, a deity who created the Island that’s supposedly Link’s only way back home. To do so, Link needs to collect 8 musical instruments. The main antagonists are the Nightmares, each goes by different names and inhabit sinister physical forms.

The diverse sets of enemies and bosses make the game a more entertaining experience. One complaint many fans and I have, however, is Link’s speed, which is much slower in contrast to any other Zelda game. Because of this, backtracking and traversing the Island can feel like a chore after a while, but it doesn’t make the game unplayable.

You do obtain the Pegasus Boots that can help the player dash, but it’s not the satisfying boost you’d want, especially when traveling from point A to point B. Warp points can help, but because there are only a few, it doesn’t change much. The frame rate is another complaint that doesn’t make the game unplayable, but noticeable enough.

The frame rate can get kind of choppy, which is rare for a Nintendo game, which is usually fantastic with transitions (i.e., going into shops, loading into different areas, etc.). Link’s Awakening was re-released in 1998 on the Gameboy Color and remade from the ground up for Nintendo Switch in 2019.

The Switch version in 2019 got rid of the screen tearing, which was jarring on the eyes and gameplay. Screen tearing wasn’t uncommon in retro games, so I give the original a pass.

Read more: The Best Legend of Zelda Games (Ranked Fun To Most Fun!)

7 day ban
Link's Awakening was a great game tbh. I still have it on my Gameboy.
A

Awesome article dude
You must log in or register to reply here.