The 5 Best Games to Play With Friends Remotely 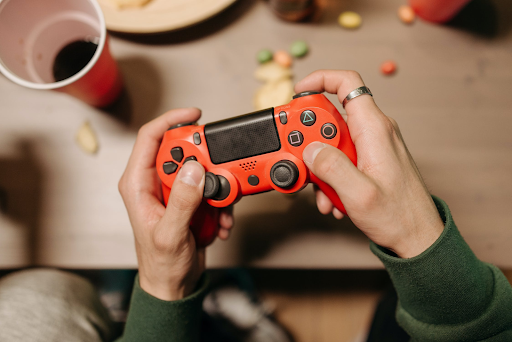 Though there are more opportunities to play games with friends in person than there were in 2020, remote games are still a great option for maintaining friendships outside of your local area. If your friends aren’t all huge gamers, consider trying one of these cooperative games that are easy to facilitate and lots of fun for everyone.

With the help of Tabletop Simulator, you and your friends can play virtually any board game or card game you can think of. Returning to classics like these can also help fight gaming fatigue. The program has a maximum of 10 players and automatically includes checkers, chess, and poker.

With over 3000 games, it’s unlikely you’ll have trouble finding something to play. On the off chance your favourite board game isn’t available, you can make it yourself.

Though the design is stunning and the game itself is addicting once you get the hang of it, there is quite a steep learning curve. As long as you all go into it knowing you’re guaranteed to die a few times in the beginning, you’re sure to have a blast.

Whether you’re an expert or completely new to D&D, starting a campaign online with friends is a great way to spend your evening once a week. The easiest way to play is with a virtual tabletop, and the top choice for most players is Roll20. This platform has a free and paid version, but the free version generally has all you need. It includes dice, character sheets, maps, and tokens, as well as considerable customization options. However, it can be complicated to set up, so it’s best to have a Dungeon Master who has been around the block a few times.

If you’re looking for something more visually appealing, the best paid option for online D&D is Fantasy Grounds, which will cost you between $4 and $10 per month.

Murder mystery parties grew in popularity prior to the pandemic, but even with gathering restrictions, you and your friends can play murder mystery games online. These games don’t often require supplies, making them perfect for remote parties. Many companies offer packages for both in-person and over Zoom, and participants can vote for who they think the murderer is using their phones.

Human Fall Flat is a puzzle game that offers a multiplayer option for up to 8 players. Your character will move through various physics-based obstacles and worlds to reach the end of each level. You can push, pull, swing, climb, and jump through obstacles. The world is also open-ended, meaning there is no single way to solve each puzzle, but rather multiple possibilities. If you get stuck along the way, there are clues contained in each level.

Though originally developed for PC and Mac, it is now available on PlayStation, Xbox, and Nintendo Switch.
Click to expand...