Outspoken conservative rocker Ted Nugent says that he wasn't one of the people flocking to supermarkets amid the coronavirus outbreak.

"There is no panic in the world of conscientious, taking care of business, preparedness," he told the "Pat's Soundbytes Unplugged" podcast (hear audio below).

"I guess the best way I can explain it is I really, really trust this president. I think he's the greatest president in the history of America. I think he's the greatest leader in the history of the human experience. I really believe in truth, logic, common sense and those really controversial things, like the Constitution and the Bill Of Rights and the Declaration Of Independence — you know, all those really controversial things. I absolutely believe… that he is the best there is right now. And I pay attention to the president."

He continued: "I'm a critical thinker. I think the number one job of a free man, a free human being, is to be suspicious… I really believe that Americans' number one job is to question authority, to constantly put the screws to our elected employees…


"I think we have great leadership. I think the president has clearly surrounded himself with the masters of these conditions — medical, organizational, preparedness."

Nugent went on to blast people for panic-buying and toilet paper hoarding in case they're quarantined for a long time amid the pandemic.

"What I see unfolding today is an inescapable manifestation of a global cultural deprivation that we've become spoiled rotten," he said.

"The past administrations in the United States government, all these past presidents, gave the control of our life-and-death medical and antibiotic production and availability to the tyrannical, genocidal, communist Chinese.

"So now's the time to maybe be more like Uncle Ted… Number one, earn your own way," he continued. "Number two, live within your means; be frugal. Number three — here's the big one: save for a rainy day. Hey, pandemic? Ultimate rainy day. And people who find themselves unprepared, I hope you're learning your lesson.

Nugent also agreed with President Trump's Easter arbitrary deadline for much of the nation to reopen.

"I know it's tough times, and we pray for our fellow Americans, especially those that are sick and have this terrible virus," Nugent continued. "But I've gotta tell ya: I have eminent, unlimited faith in this present and the American people. So we have to hunker down and social distance, and we have to help our neighbors. But I think we're gonna come out of this stronger than ever, because more people are gonna learn you've gotta be prepared, man."

Last year, Nugent, a vocal supporter of the Republican Party and various associated conservative causes, defended Trump after the U.S. president was accused of making racist remarks about Democratic congresswomen from black and minority ethnic backgrounds.

Nugent and fellow Detroit-bred rocker Kid Rock got to spend some time in the Oval Office with Trump in April 2017. They were joined by Sarah Palin, the former Alaskan governor and GOP vice presidential nominee, who posted photos of the visit on social media the following morning. Nugent later told the Detroit Free Press that he and Kid Rock represent a salt-of-the-earth American demographic that helped Trump land the presidency.
Click to expand... 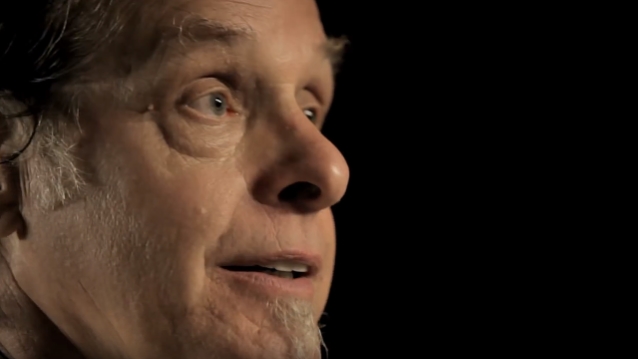 TED NUGENT: DONALD TRUMP Is 'The Greatest Leader In The History Of The Human Experience'

Outspoken conservative rocker Ted Nugent says that he wasn't one of the people flocking to supermarkets amid the coronavirus outbreak. "There is no panic in the world of conscientious, taking care...

Lol not John F Kennedy or George Washington, Napoleon, Justinian, or Alexander the great. Instead its some old guy with a silver spoon in his mouth who became president as a meme. Lol!
S

Damn Yankees are a great '90s band. Also includes Tommy Shaw, who was the guitarist from Styx.

Lol what's that have to do with it?

Guess he really is the motor city madman. Lost more than a few marbles.

Meh, I hope the 'greatest leader' is forever known as the leader who grind America's industry to a halt.

News Donald Trump should not be prosecuted after leaving office, says James Comey

NBC: Trump claims it's his call on when to 'reopen' the country