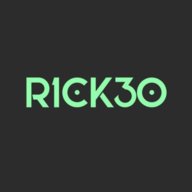 I've been watching streams of this on Twitch (disclaimer, never played DOTA auto chess) but after several hours of watching it I still have no clue of what is going on or how it works.

Maybe it's one of them where I have to play it first, I did try the DOTA auto chess for five minutes and shut it off as I just didn't get it but I don't know much about the DOTA franchise so was totally lost.

Maybe I'll have an easier time with this, not sure if it's my cup of tea though but I do love league so I'll give it ago.

Who here plays League of Legends?